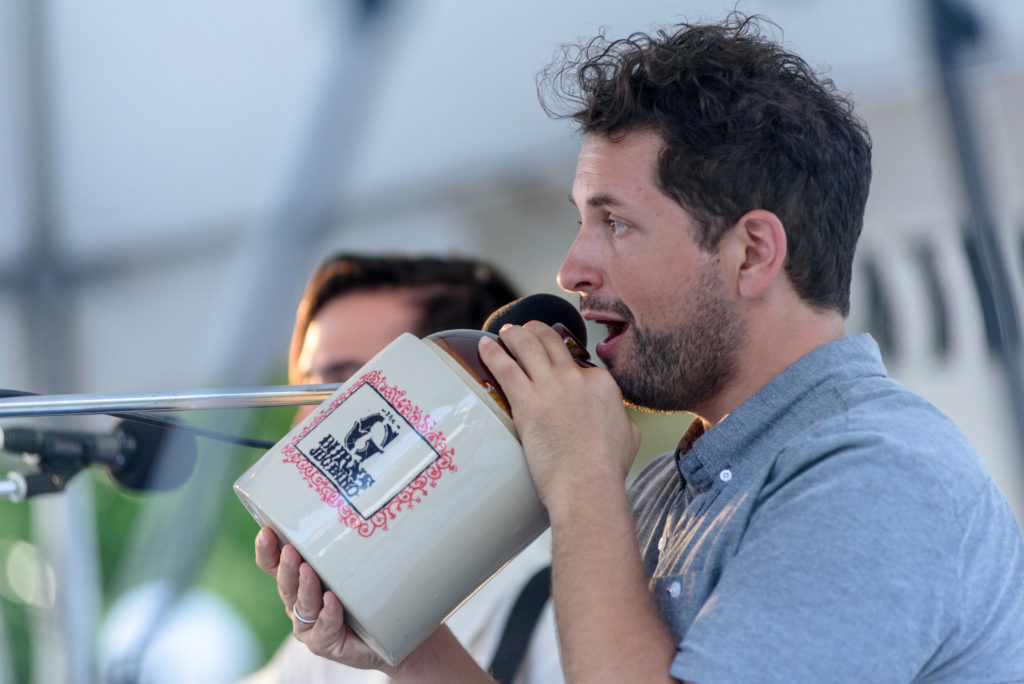 It seems that we’re just backsliding our way to breaking down the entire medical system and closing down the economy again. Yet another event has had to cancel because of the rising COVID numbers count. All the while, unmasked, unvaxxed mugs exhale their infectious microbes all over creation.

The National Jug Band Jubilee was set to bring jug band music home where it belongs.

This would have been the 16th festival, if it hadn’t been canceled. Jubilee organizer Michael Jones announced the decision on his personal Facebook page.

Just in case you were wondering why this was such a cool event, read this from my earlier piece announcing the lineup: Jug band music began in the urban South, in particular Louisville and Memphis. Black musicians, always resourceful, began using instruments and other found objects to play music and experiment in styles that are most similar to blues, ragtime and jazz. The jug band name comes from the use of the large ceramic or glass jugs which were played as a type of wind instrument.

Louisville’s jug band festival was to be held at the wonderful Brown-Forman Amphitheater next to the river. The event was free and would have happened on Saturday, Sept. 18. Now, it doesn’t get to happen. Just like Nulu Fest, GonzoFest, Waterfront Wednesdays and the Louisville Pride Festival.

My patience with people irresponsibly spreading this illness is wearing thin, but we’re glad the festivals are at least trying to protect their patrons.