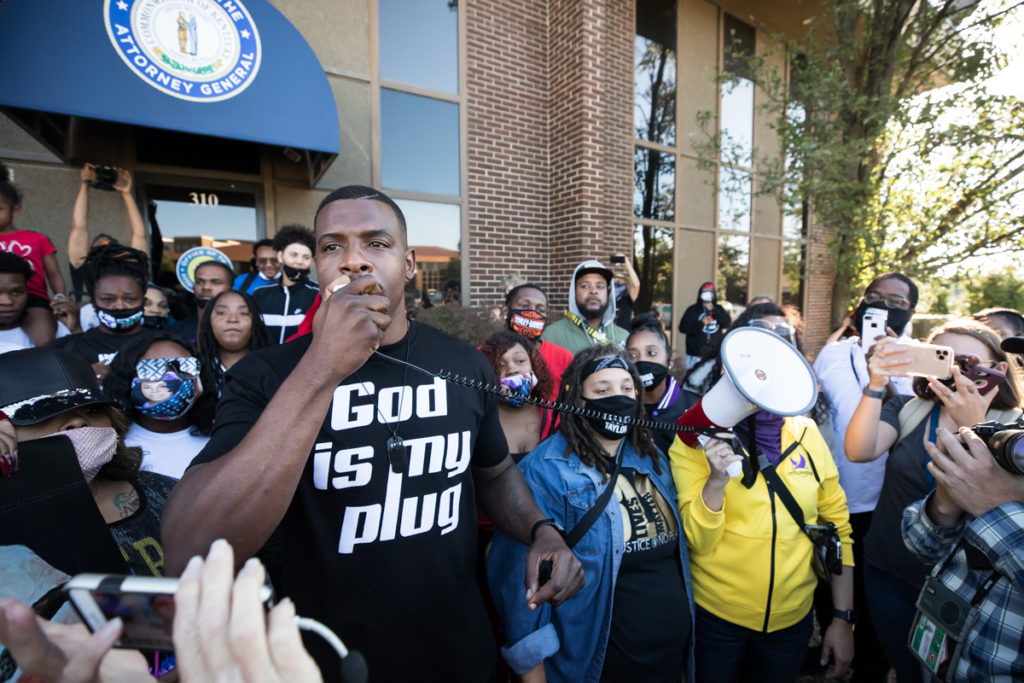 The Rev. Timothy Findley has secured his first local endorsement in his quest for the Democratic mayoral nomination.

The President and CEO of the Louisville Urban League Sadiqa Reynolds threw her backing behind Findley in a Twitter thread on Monday, Sept. 27, saying “it is time for change.”

It is true. I will explain.
See Haitian immigrants. See police chief comments. See spending priorities. I want to vote for someone who wakes everyday with those I serve as priority. We don’t want a front row seat, we want the stage. If we prioritize the oppressed all rise. https://t.co/F3i3LJdtKE

Findley is the pastor of Kingdom Fellowship Christian Life Center and was an active presence at Louisville’s 2020 racial justice protests, which seems to be part of the reason why Reynolds is supporting him.

“…I marched side by side with @TimFindleyJr,” Reynolds said. “I followed him & he has followed me.”

Reynolds previously served as chief of community building in Louisville Mayor Greg Fischer’s administration, but she criticized him in 2020 for his response to Breonna Taylor’s killing. Fischer cannot run for reelection but many consider mayoral candidate Craig Greenberg to be the de facto Fischer replacement. Like Fischer before him, he is a businessman. Current and former Metro Council members have already endorsed Greenberg.

Findley made headlines earlier in August when he said he would work to establish universal, full-day pre-kindergarten if he were elected. Soon after, Greenberg came out in support of using American Rescue and philanthropic funds to start a universal pre-k program. Another candidate known for being active at the protests, Shameka Parrish-Wright, also has said she supports the measure.

In her tweets, Reynolds gave other reasons for supporting Findley, citing his beliefs and comments on Louisville Police Chief Erika Shields, spending priorities and Haitian immigrants.

“I want to vote for someone who wakes everyday with those I serve as a priority,” she said.

Reynolds noted that it is frowned upon for her to support political candidates.

The Louisville Urban League is a nonprofit that has been advocating for the city’s under-served and minority populations for over 100 years.

“…I will reap the consequences for that decision. That said, I also support @Booker4KY [Congressional candidate Charles Booker]. If I am going down – let it be in flames.”