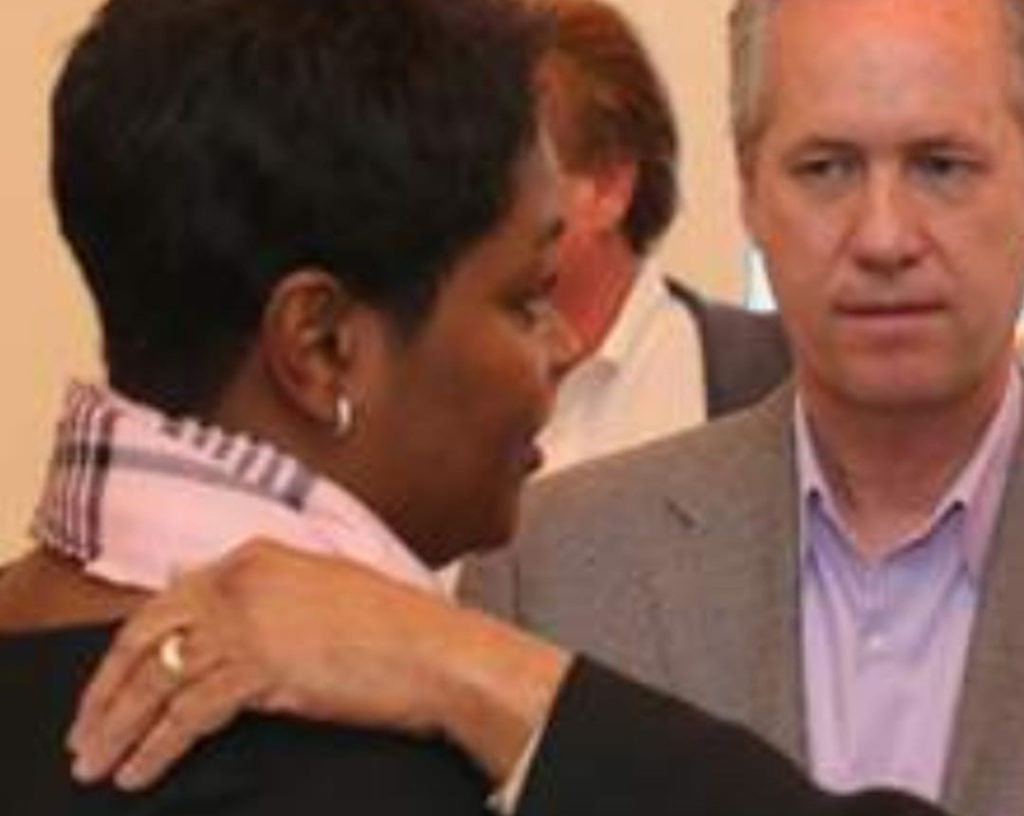 Sadiqa Reynolds, president and CEO of the Louisville Urban League, was a Jefferson County District judge and chief of community building in Mayor Greg Fischer’s administration. Below is a post she made on social media about Fischer’s handling of the Breonna Tayor case, followed by the mayor’s response.

Black people have not just suffered, we have done it in such a way that convinced our powerful exploiters that we didn’t mind. I regret that. We have paid. With our lives, our bodies, our freedom, and most importantly, our peace of mind. One of the great failures of our country is that we have allowed white people to consistently fail up.

Imagine a Black man or woman being president-elect of the Conference of Mayors and their city still boarded up — no justice and no peace. Imagine Black women who’d previously taken hits for them crying out for justice. Imagine they’d hired the wrong police chief and kept him too long.

The good white leaders of the Conference would ask that brother or sister to defer their leadership: “Let’s skip this year, Tyrone.”

I am tired of not calling out the contradictions. I have considered the mayor my friend. I honestly have love for him. But a Black woman, who could’ve been a young me, is dead, and I am not satisfied with his response. I’m angry because I always thought if something happened to my daughters, he would be on my side. But something did happen, and he protected a police department unworthy of his cover. They are not all bad.

There are men and women there that I pray for daily. Black and white. But the bad ones put them all at risk, and a group of them elected a rotten one to represent them on the merit board. Plus another group, that up until weeks ago, was still voting with Fraternal Order of Police, proved themselves — in writing — to be racist pigs.

I have served the great state of Kentucky under the leadership of a state Supreme Court Justice, a circuit Judge, a governor, two mayors, and health director, and this is the only time I’ve felt compelled to publicly oppose someone who was my boss, my friend… But let me admit… I have been biting my tongue.

When I read about the Explorer case… as a victim of sexual assault myself, my heart broke. And to hear anyone answer, that they didn’t know if they told you. Didn’t know? How could anyone on your team forget that they told you children had been hurt? I worked with you. I had to tell you tough things. I remember each time and your response, because it was thoughtful. I know you. You wouldn’t ignore something like that.

I implore you to be who you are. My children are watching you, and lately you come across as a man with political aspirations, instead of a man committed to the job he is in. I will never believe that I could be so wrong about someone.

As for me, the loyalty of Black women is crippling. We bathed your babies and didn’t drown them, even when we knew who they would grow up to be. We make prosecutors prove guilt beyond a reasonable doubt even when the defendant is a known white supremacist.

All we ever wanted from this country was access to everything she had to offer. I have sat with my former boss, with water in my eyes, and he has disrespected my intelligence and wise counsel. He is ill-informed and listening to people who need to protect themselves. There will be no pass over.

We need to sit with this pain. If you don’t figure out how to move the needle toward justice, you will be useless to the conference and Joe Biden. I wouldn’t waste time speaking or writing if I didn’t love you and know you could do better. You are best when you trust your gut. Shut the noise down and do what you know should’ve been done a long time ago.

Due process will take care of itself. You haven’t surrounded yourself with a group of people like you, because you are hard to find. Please be you.

I’m tired… of crying, of protesting, of attempting to reconcile the contradictions I remain silently holding. Louisville is symbolic of a nation that has required proof of the abuse of my people. Required our murders be captured on video. But you always knew it was true. Remember Trayvon. You stood with me when I felt like the world didn’t want me. Didn’t value my Black babies. You did that as your team told you the Trayvon Martin case would blow over. I told you then, this case will rock the nation. You believed me and supported my decision. I’m now asking you to be you. Sure you’ve said and done some good things, but this is your one big thing. The people who put you in office deserved for you to step up for this one.

I think often about your relationship with Ms. McAtee. Your officers take the National Guard down, they kill her child, and she invites you to sit with her at the funeral. She is symbolic of the conflict many Black people feel about you. God bless her. I want you to know we saw you there, and while we appreciate the comfort your presence brought to a grieving mother, the rest of us turned our collective heads.

We could not watch.

I’m sorry if I have been so passionate about so many things that you could not discern when I hit my breaking point. You remain in my constant and sincerest prayers. Your job is not one that I want. That being said, there was a time when I didn’t think there was a better man for it. I know you — and the man that sat with me in the church bombed by hateful men in Birmingham is no longer the guy I see. That guy deserves to lead the Conference of Mayors. This guy lately, deserves to have his political career ended with an asterisk*.

Show us that Black lives matter in Louisville.

P.S.S. I’m writing because that Black hand on my shoulder in this picture is supporting me in all that I do.

Mayor Greg Fischer’s response
“Sadiqa and I have been colleagues for years, and we have fought many battles together. It pains me to see her hurt and the hurt in our city and country. While we may not agree on every issue, I do hear her. And I know that the only way to improve our city and nation is by working together. I remain committed to that goal.” •