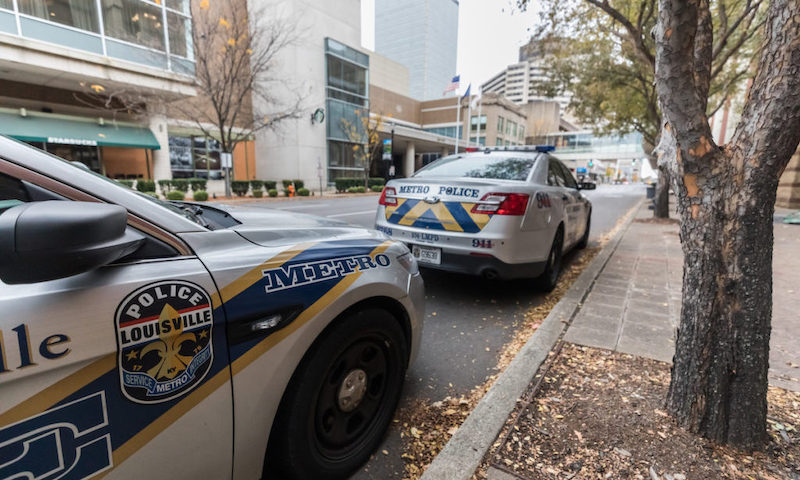 Louisville Inspector General Edward Harness, whose office is tasked with investigating citizen complaints of police misconduct, said that the Louisville Metro Police Department is blocking access to information needed to conduct those investigations.

Speaking at a Civilian Review and Accountability Board meeting on Wednesday, Harness said that LMPD Chief Erika Shields had previously “pledged” there would be cooperation with a March letter from his office requesting open access to body camera footage, electronic LMPD reports, updates on internal investigations and case management software.

“Now the rubber is meeting the road so to speak, and we are running into issues with gaining the level of access that was requested in the letter, which previously had not been objected to,”he said.

Harness said while LMPD has given access to its case management software, the department has not given open access to body camera footage, updates on internal investigations into potential officer misconduct or electronic access to their reports.

The inspector general’s office is currently investigating several incidents, including the high-profile July 10 police shooting of a man officers were trying to serve a warrant on at Shawnee Park directly following the popular Dirt Bowl basketball tournament.

“I look forward to Mayor Fischer directing the police department to cooperate,” he said. “The police chief works for the mayor.”

Harness arrived in Louisville late last year after serving in a similar role in Albuquerque, New Mexico. On Wednesday, he said his experience dealing with LMPD was “atypical” and that he was given broader access to material in New Mexico, including open access to body camera footage.

Speaking to LEO, Harness said that LMPD used concerns over the confidentiality of information from the FBI’s Criminal Justice Information System database as “sort of a blanket explanation” as to why requested access was not being provided to his office. At Wednesday’s meeting Harness said that LMPD has non-sworn personnel who have access to those files and that Metro Louisville employees already sign documents pledging not to share confidential information.

“I don’t think that it’s a real issue, I believe it’s more of a red herring,” he said.

In a statement, an LMPD spokesperson said: “The information Mr. Harness is seeking qualifies as CJIS protected information and as such, LMPD has reached out to CJIS for written guidance on how best to navigate this terrain without compromising the agency’s standing with their organization.”

They added that the CJIS database is “central” to law enforcement efforts, agencies like LMPD to run wanted checks for active warrants, criminal history checks and checking whether cars stolen. Improper use, LMPD said, could compromise the entire agency’s access to CJIS.

James, the Metro Council president, said he did not understand LMPD’s argument about CJIS.

“What does that have to do with turning over body camera footage?” he said.

The inspector general described other roadblocks to investigations as well.

In one administrative investigation, he said, an LMPD detective who was a witness to potential misconduct was refusing to cooperate, with their counsel arguing that it was unclear whether or not cooperating would open the detective up to criminal liability.

“We haven’t even got to the point where we’ve targeted an officer in any of our investigations. And right now, we can’t even get a witness to come in,” he said. “So clearly, some things have to change.”

Harness said that, currently, all of his office’s requests for information are routed through one point of contact at LMPD: The head of the department’s Special Investigations Division, which oversees internal criminal and breach of policy investigations of LMPD officers.

Harness characterized that as “clearly an untenable way,” adding that his office needs direct access to information “not through any LMPD representative, to ensure the veracity of the information.”

He also said, earlier on Wednesday, his office was provided with computer-aided dispatch records, but that they were redacted.

“It’s a disservice to the individuals who have filed complaints that we are still not able to proceed with a thorough investigation,” said Kellie Watson, the chair of the Civilian Review and Accountability Board, of the roadblocks the inspector general described.

LMPD is currently under a Department of Justice pattern or practice investigation that began in April of last year. It is widely anticipated that a federal consent decree will eventually result from the DOJ’s findings.

With the findings of the investigation expected soon, Louisville Mayor Greg Fischer and LMPD Chief Shields have been highlighting reforms already made by the department as well as their cooperation and transparency with the DOJ.

“When they come in you have a choice, you can cooperate or you can obstruct,” Fischer said in a Sept. 10 virtual town hall he hosted with Shields. “Obviously our path that we’ve taken has been cooperation, because there’s no secrets. We are the people’s business in government. We’re open data by default; You can go on our website and see all the stuff that we have that belongs to the people. And that’s our approach with the Department of Justice as well.”