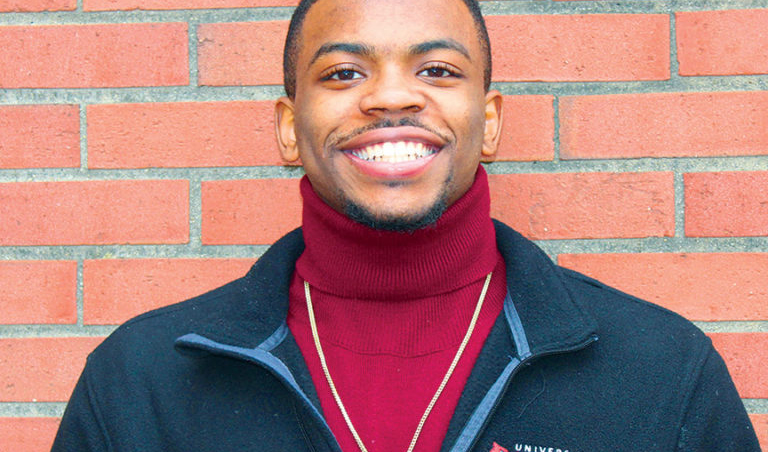 Quintez Brown, the Louisville activist accused of attempting to kill mayoral candidate Craig Greenberg, has been taken into federal custody, with the Department of Justice saying his alleged actions were politically motivated.

According to a Department of Justice press release, Brown “discharged a firearm in an attempt to interfere with [Greenberg’s] mayoral campaign in Louisville and to intimidate [Greenberg] from campaigning as a candidate for mayor in the Louisville primary election.”

The press release added that if Brown is convicted of all charges, he faces a minimum of 10 years and maximum of life in prison. Brown, 21, is currently listed as a federal prisoner at the Grayson County Detention Center in Leitchfield, a little more than an hour’s drive southwest of Louisville. According to information on the jail’s website, Brown was booked into the facility on Wednesday.

Defense attorney Rob Eggert, who represents Brown, did not immediately respond to a request for comment.

Brown was arrested on Feb. 14, just minutes after a shooting targeted Democratic mayoral candidate Craig Greenberg at his Butchertown headquarters. Greenberg and four members of his campaign staff escaped the shooting unhurt, but Greenberg said a bullet passed through his sweater.

Brown, who police said was arrested less than half a mile from Greenberg’s office with a pistol in his possession, was charged with attempted murder and four counts of wanton endangerment in the first degree. He was released into electronically-monitored home incarceration two days after the shooting when the Louisville Community Bail Fund paid his $100,000 bond.

In a statement on Thursday after the DOJ announcement, Greenberg said: “I respect the legal process that will unfold over the coming months. My family, my team, and I appreciate the outpouring of support from across the city.”

The candidate’s first television ad, which came out on Wednesday, focused on the assassination attempt, showing images of the bullet-pocked office wall and his green sweater ripped open by a shot. Speaking to LEO last month, Greenberg said he had no information on the motive of the shooting.