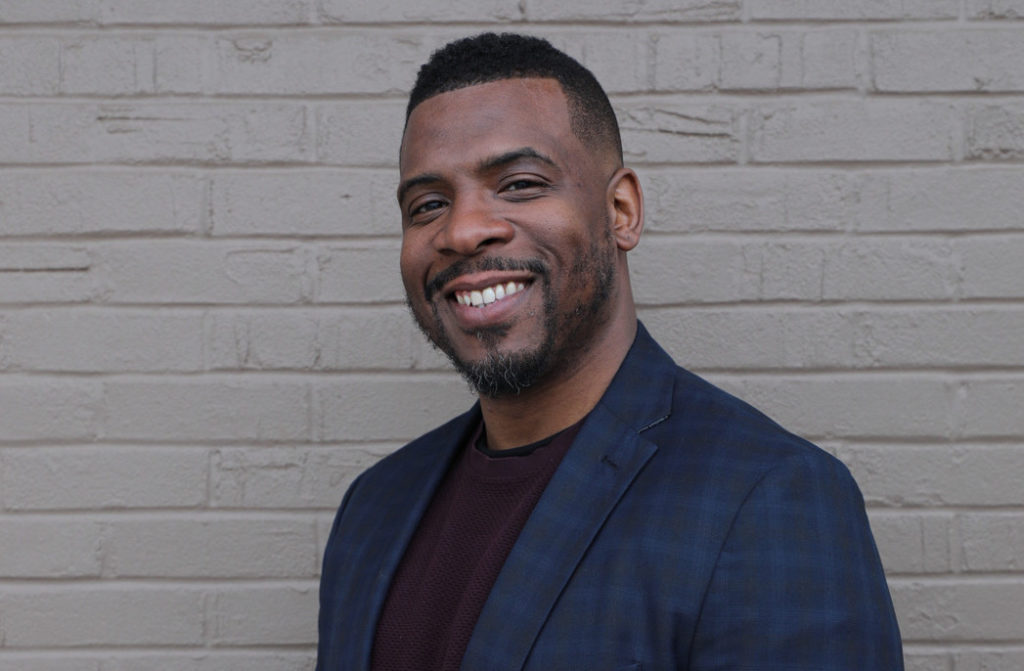 Editor’s Note: For LEO Weekly’s 2022 mayoral election special issue, our contributors and writers sat down with the three Democratic candidates who we felt have had the most visibility and comprehensive platforms so far: The Rev. Tim Findley, businessman Craig Greenberg and Louisville activist Shameka Parrish-Wright. You can also find our breakdown of the other candidates in the race here.

From the failed $3.5 million grocery project to the Explorer case to the killing of Breonna Taylor to the $2.6 billion dollar MSD debt, the current mayor’s term will likely be seen in local history as a cautionary tale.

So what could Tim Findley Jr.’s Louisville look like? The Founder and Senior Pastor of Kingdom Fellowship Church, Findley has held a variety of roles in the community, including being the faith-based liaison for Metro Government’s Office of Safe & Healthy Neighborhoods, a West Louisville Connector and an executive board member of Centerstone Seven Counties, among others.

Findley sat down with LEO to discuss his vision.

LEO: First let’s talk about something controversial off top. Aren’t you still facing charges from your 2020 arrests during the uprisings and demonstrations for the killing of Breonna Taylor?

Rev. Tim Findley: My attorney told me I’m facing two charges. They wanted me to take a plea deal… I refused. If they don’t drop the charges, it will go to a jury trial and I’m ok with that. I would say that if this country prides itself on freedom of speech, it shouldn’t just be for a certain group. They should drop all the charges immediately.

Related, I know you and your supporters have heavily criticized Mayor Greg Fischer over the killing of Breonna Taylor. How will a Findley administration be different from a Fischer administration?

Number one — I am a Black man. In this city, I’ve faced what many people face here and that gives me a different perspective than a wealthy white developer. It’s documented. Well before I announced my bid for Louisville mayor, I have been in service to my community. Out of everyone running I have one of the strongest and longest records of serving. That sets me apart. I have heart for the people. This is not just lip service. I have tangible, substantive plans.

Some say you have more theory than plans. Can you list some of these tangible/concrete things that you did before you announced you wanted to run for mayor of Louisville?

Absolutely. More than a decade ago I was part of the Bank On executive committee. Bank On’s goal was to go after predatory check cashing companies. Additionally, we also got 41% of unbanked households a bank account with a total balance of $8.3 million.

That is impressive considering that check cashing places typically charge about 3% to cash checks.

Absolutely. And back when one of my opponents was developing another failed project, I was busy building the JobNow program. JobNow is partnered with UPS, Delta Staffing and Home Instead among others to offer above minimum wage employment. Our 501(c3) Life Development Corp was created in 2009 and at that time we were the only Black-led nonprofit dealing with HIV/AIDS support in the city. We’ve offered food, transportation and utility support while also working to find sustainable jobs for the long term. We have a food kitchen and pre-K as well. This is all preceding my run for mayor. I was doing equity work before it became a trending topic. I know how to listen and bring the community to the table to strategize together instead of making decisions for them that hurt them. In terms of my trajectory, I have existed in more than the activist space. I’ve successfully managed budgets without getting multi-million dollar loans I can’t pay back, dealt with human resources, developed infrastructure, worked on credit building and housing issues with hundreds of families, provided wrap-around services, and pushed for education. For 15 years I’ve been showing up in the middle of the night when families need me. That includes city-wide incidents of gun violence.

Yes. To be quite frank, a Greenberg win will be a fourth Fischer term. Louisville cannot be afraid of doing something new. The first thing we can do is address the wage gap. Three policy initiatives will improve the wage gap in Louisville: universal pre-k, fair/free TARC, and universal basic income.

A: No. 1 is universal full-day pre-k: If we want to see that wealth gap shrink… every parent who wants free quality child care should have access to it. The best example is out west in Seattle where their pre-k program reports upward trends. The model has already been put together. If we want to reduce gun violence and improve earning potential, education is key. Rep. Josie Raymond has been working on this for some time and research shows that this can reduce childcare costs, create jobs and give parents access to higher incomes.

B: No. 2 is fair, free TARC. The mayor’s office hires the director of TARC. Public transportation is directly connected and our city is falling behind when it comes to public transportation. We have some dedicated TARC drivers and admin who helped get us through COVID and even drove people to the polls. They deserve a better TARC. The major leadership challenges stem from the mayor and his admin failing to properly vet their pick. I’m thankful for Carla Dearing who advises with real data for informed decisions.

C: No. 3 is universal basic income (UBI). The best way to immediately impact the wage gap is cash in hand. Stockton, California’s Mayor Michael Tubbs piloted: it worked. Full-time employment increased significantly and reports showed that mental and physical health improved as well. People were able to pay off student loan debt and 70% of the money was spent on food, clothes and shelter. Dr. King was a strong proponent of this sort of initiative.

Ok. Here’s an easy question. What motivated you to become mayor of Louisville?

My parents instilled this unwavering, non-negotiable mentality that you help people and fight for them. The quality of your life should be built around how hard you go for your brothers and sisters. That’s the norm for me.

Thank you, that’s beautiful. Now back to the hard questions. The word among some residents is that you are only campaigning to Black residents. Do you have a plan for the rest of Louisville?

I certainly have a strategy for the whole of Louisville. During house parties with Mary Grissom’s family in Seneca Park, I got to hear from people who come from a different community. Prospect, Newberg, the West End, South Louisville, all over. Everyone needs their trash picked up and everyone wants to feel safe in their city. What’s cool about this campaign is we’re everywhere, but our message doesn’t change.

So what’s the most important thing candidates should be doing before the May 17 primary?

It’s very important that each candidate tells voters where they’ve been the last several years before they announced their campaigns. We’ve had our share of business developers and wealthy white men. What sets them apart from what we’ve had? We’ve never had a Black mayor. I want to say this to Louisville: Don’t be afraid to make the choice for change. We’ve been through so much. This primary is one of the most consequential local elections of our lifetime. This has to be a historic year.

With a number of underfunded departments, what budget initiatives/priorities would you focus on in your first term?

The very first day we’re going to lay out our plan to reorganize our Metro government. This will take time and I will lean on experts in those fields/departments to advise my decisions. Too many departments overlap. A lot of people within Metro don’t even understand why certain departments exist. We need to streamline, consolidate. I used to work in [Louisville Metro Office for Safe and Healthy Neighborhoods] so I have unique insight.

Did you leave because it was underfunded?

Chief Conrad mishandled Breonna Taylor’s death and that is why I resigned. But it’s true that OSHN is severely underfunded. Youth services can be preventative if they are well funded. Just as we discussed earlier with the wage gap — universal pre-K, fair/free TARC and universal basic income could all work to prevent violence. So many departments have historically been underfunded. The parks department, the libraries, codes and regs, all these impact infrastructure and violence in our city. That’s why I’d focus on these as my main priorities.

Last question. Why should you be Louisville’s next mayor?

Louisville deserves someone who is transparent, service-minded and committed. Some candidates may have raised more money, but they also come from money. We are coming out of COVID when so many things were disrupted. I am doing this for the people who don’t know what to do about their LG&E bills going up. For the parents waiting on TARC bus stops. I know I’m doing something right when phenomenal women like Sadiqa Reynolds and Terra Leveall support me. I should be Louisville’s next mayor because Louisville needs bold leadership and equity-focused economic development.

This interview has been edited for lengthy and clarity.