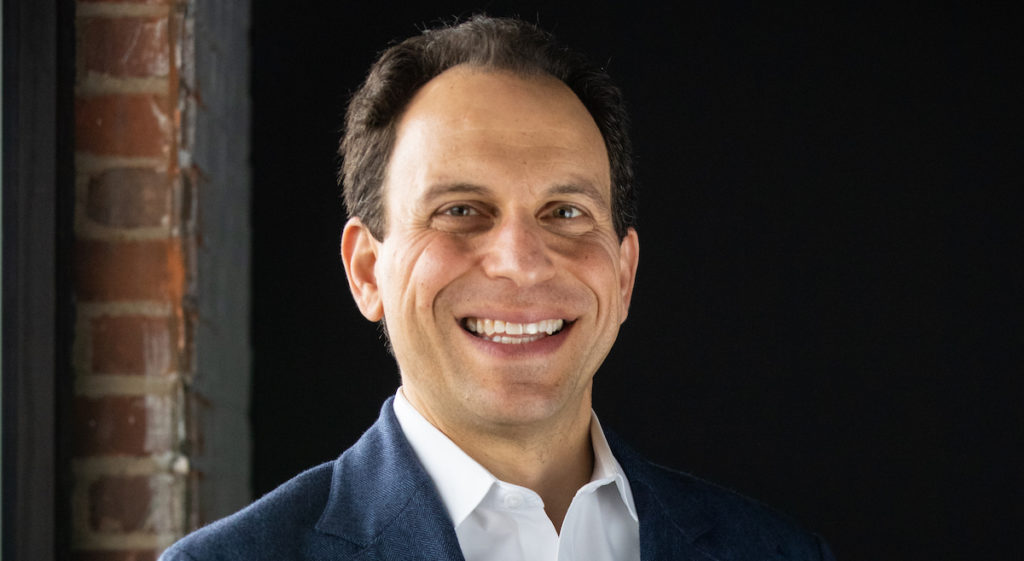 Editor’s Note: For LEO Weekly’s 2022 mayoral election special issue, our contributors and writers sat down with the three Democratic candidates who we felt have had the most visibility and comprehensive platforms so far: The Rev. Tim Findley, businessman Craig Greenberg and Louisville activist Shameka Parrish-Wright. You can also find our breakdown of the other candidates in the race here.

Former 21c Museum Hotels CEO Craig Greenberg can’t remember exactly when he decided to run for mayor, but says he started seriously considering candidacy after stepping down from his c-suite role in 2020. A businessman from Louisville, Greenberg leads the pack in fundraising with $1.1 million in the bank as of January, the date of the last campaign finance filings. On Feb. 14, he survived an assassination attempt at his then-campaign headquarters in Butchertown, with one of six shots fired hitting his sweater and shirt. Under the campaign slogan “Run with Craig,” the avid jogger has been on a quest to run the streets of every precinct in the city. As of LEO’s interview with Greenberg on March 23, he had ran in 553 of Louisville’s 623 precincts.

LEO: What is the single most important issue in Louisville today and how do you plan on addressing it?

Craig Greenberg: Our violent crime crisis. Without a doubt. Making Louisville a safer city is my number one priority, absolutely. We have, just take last weekend — seven people last weekend were shot, four of whom were murdered. In the South End, West End, East End, we have way too much violent crime in our city, we have way too much crime period in our city.

We need to act with a sense of urgency to address this now.

I think it does start with our police department. My goal for the Louisville LMPD is to have the best police department in America. The most trained, trusted and transparent police department. First, the way we accomplish that is we need more police officers. Right now we’re 300 officers short of a full staff. And so the ramifications of that are that right now the police is doing a lot of responding to crime and doesn’t have as much time to work on preventing crime, to being community police officers that are working with neighborhood leaders, members of the clergy, formerly incarcerated individuals, mental health professionals, others to prevent crime and have a physical, preventative presence in neighborhoods.

Also, part of the challenge with having a police department that’s not fully staffed is the challenge of solving crimes. Nearly two-thirds of our murders last year went unsolved. That’s unacceptable.

You have a plan to make LMPD more robust. How do you make it more transparent?

I was on the Board of Trustees at the University of Louisville. What I learned through that experience of advocating for reform is that transparent organizations are stronger organizations.

I am a firm believer in transparency. So, to me, this is not just an issue about LMPD, this is about all of city government.

It starts at the top. It starts with the mayor, with the chief of police disclosing details at the appropriate times about what happened even when those details might not shine the best light on a particular incident. We need to be honest with ourselves and with the city about what happens and when mistakes are made or things happen that we wish would not have happened, we need to be honest about them and we need to talk about what we’ve learned and how we’re going to do things differently moving forward.

When did you first hear about the police killing of Breonna Taylor or the details surrounding it? What did you think? What did you make of the protests?

What happened with Breonna Taylor was a tragedy at many levels. So I was upset by that incident, just like so many others across our city.

I was finding out what happened just as everyone else was, through media reports about that situation. In terms of the protests, I think that everyone has the right to protest, to express their views and I understand the anger and the frustration that far too many people in Louisville have as a result of their neighborhoods being overlooked for their entire lifetimes, for the institutional inequities that exist in our city, in our government. I understand that frustration.

I think I have a responsibility to invest in communities that have been overlooked my entire lifetime, in neighborhoods that have been redlined, to invest in needed infrastructure, in grocery stores, to ensure there’s enough healthcare facilities, to work with JCPS and other educational institutions to make sure that their schools are strong neighborhood schools that can support the entire community.

Investing in disadvantaged communities, in communities where structural racism has played a role — can you get a buy in for that? What are the concrete steps to do that?

We have a once-in-a-lifetime opportunity right now to achieve that goal of making Louisville a more equitable city, to be seen as an inclusive city, which I know is what the people of Louisville want, feel and believe. Right now, the federal government has already started investing $388 million of American Rescue Plan funds in our city. My view is that we should use those funds — I know some of that has already been allocated — but we should use the remaining funds to focus on some of the key challenges in our city: Public safety, affordable housing – which includes addressing our homeless crisis.

These are things that are going to start making progress towards that goal that you just described. And there’s so many other resources out there right now, from the federal government, from the philanthropic community, that want to be a part of the solution.

You survived an assassination attempt. Can you walk me through that morning?

It started out as a normal morning on the campaign trail. It was Monday morning, Valentine’s Day. I had a coffee meeting and came to the office, and there were five of us who were in our campaign headquarters that morning.

An individual had walked in through the front door that we have, which was unlocked and we were sort of in the back office.

We were sitting sort of in a circle basically, or at least on the perimeter of the room. And one of my colleagues sitting next to me saw him first and said, ‘Can I help you?’

And the next thing I know is there’s a gun pointed directly at me and six shots were fired. A colleague of mine slammed the door shut.

We all then threw our tables and chairs up against the door.

I am so blessed to be here today. Literally, whatever the smallest unit of measurement is, that’s what was between life and death for me, with one of the bullets coming that close and going through my sweater and my shirt.

If there was one policy in the city that you could change overnight with the snap of a finger or the wave of a wand, what would it be?

If I could snap my fingers, one thing I would do is I would make universal pre-K a reality for all three and four-year-olds in Louisville.

COVID-19 has taken a toll on downtown. Can downtown rebound? How do you get there?

It absolutely can, must and will rebound under my administration. I spent my career revitalizing urban areas. As the CEO of 21c Museum Hotels, we built nine hotels in urban neighborhoods around the country. And I have a unique set of experiences of bringing teams together to achieve great urban revitalization projects. That’s exactly what we need to do in Louisville.

We need to address the realities of the post-pandemic world, which might have fewer people working in office buildings, for example. We need to bring thousands of new people to living downtown.

We have far too many surface parking lots in downtown Louisville, where we can build new residential units, where we can put more green space and amenities for people who are downtown. We have office space that’s now vacant that can be repurposed.

As far as criticism of you that I’ve seen, a recurring theme has been that you’re going to be a “Fischer 2.0.” How do you respond to that?

Let me start with: Does our current mayor own a professional wrestling company? Right now I’m co-owner of Ohio Valley Wrestling.

But in all seriousness, although that is true, I am a proud product of the Jefferson County Public School system. I am proud of the reform effort that I led at UofL to make meaningful changes to that university and help it on its great trajectory that it’s on now. And I’m a survivor of an assassination attempt who has a unique personal experience to address the most important challenge facing our city right now of too much violent crime. Those are all things outside of any professional experience I have.

I think I will be a very unique and different mayor than any other mayor the city of Louisville has ever seen.