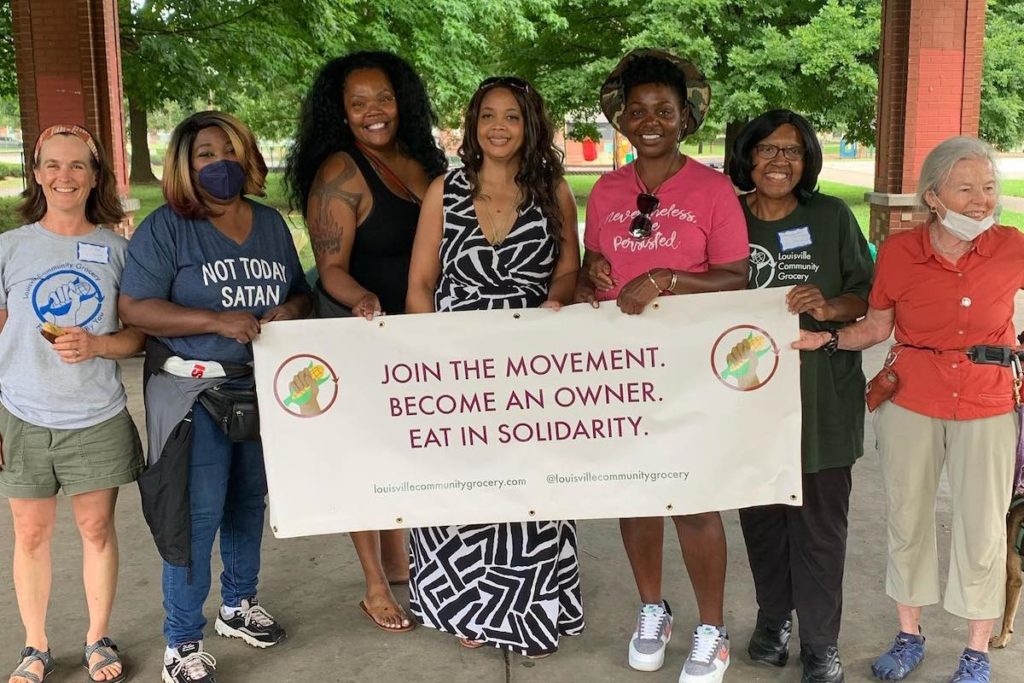 The city is starting over on a plan to open a community grocery in Louisville.

In 2020, Metro Council allocated $3.5 million to go toward building a community grocery in town to help heal health inequities. A request for proposals was created and a mysterious partner was picked. In November of last year, District 4 Council Member Jecorey Arthur said the city was in negotiations to open the grocery in Smoketown.

In January, the momentum stopped.

The city terminated a letter of intent it had signed with the community organization it had selected to open the grocery.

That organization was the Louisville Community Grocery, which was revealed two weeks ago in a Courier Journal op-ed written by the organization.

The Louisville Community Grocery is a local co-op that has been working since 2019 to open a brick-and-mortar store.

In a letter announcing the termination, linked in the op-ed, the city says that the Louisville Association for Community Economics, which runs the Louisville Community Grocery project, failed to “make key deadlines” contained in the letter of intent. The agreement set a Dec. 31 deadline for the Grocery to have full site control of its future location — but the termination letter dated Jan. 10 says that the city was under the impression that site control couldn’t be granted until March 2022.

In the op-ed, the Louisville Community Grocery says that the city “refused to offer a mutually beneficial development arrangement” and “systemically undermined progress every step of the way,” including failing to offer up city-owned sites for consideration. According to the letter of intent, a development agreement was supposed to have been created three months after the letter was created, which was August.

A spokesperson for Mayor Greg Fischer said that the city plans to re-release its RFP in the coming weeks. It is working on reviewing the language contained within the RFP to make sure “the requirements are explained clearly and explicitly.”

When asked by a reporter why the project’s negotiations fell apart during the city’s weekly COVID briefing on Tuesday, Fischer claimed that requirements were not met.

“I don’t know all of the exact details, but clearly the responses to the RFP did not fit the need for the community in terms of what the community grocery store desires and requirements were,” he said. “I do know that the team is putting a more explicit RFP together right now, so the requirements are very clear.”

The Louisville Community Grocery is still working on opening its store, according to the CJ op-ed. The Grocery has over 500 cooperative owners and 300 member donors.

“We need more community partners to complete the LCG and grow our region’s cooperative ecosystem,” reads the op-ed.

CORRECTION: The original version of this story attributed the op-ed to the wrong author. It was written collectively by the Louisville Community Grocery.