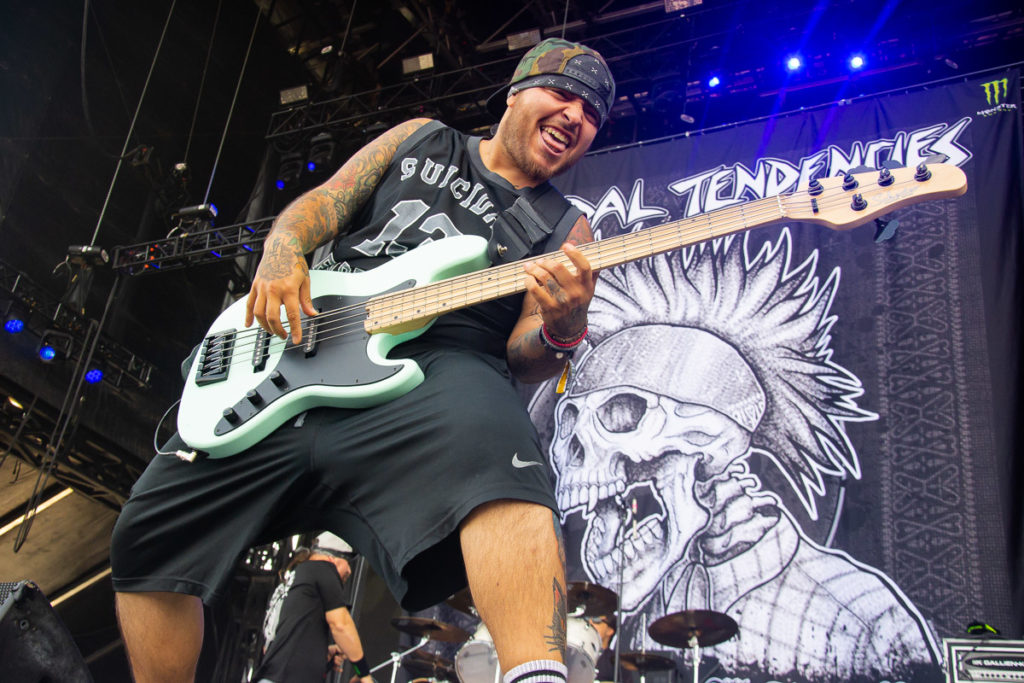 Louder Than Life bands keep dropping and Danny Wimmer Presents keeps adding new ones: Ghostemane is the latest act to back off from performing at the festival as many bands reconsider their fall tours as the Delta variant dominates the country.

But, Louder Than Life announced on its Facebook page that it is replacing the heavy-metal inspired rapper with hardcore punk outfit Suicidal Tendencies.

Ghostemane, which cancelled all of his 2021 festival performances, wasn’t a headliner — unlike Nine Inch Nails, which fell from the Louder Than Life lineup a couple weeks ago over COVID concerns. Danny Wimmer Presents replaced the band with Disturbed and added two new acts to the roster: Volbeat and Atreyu.

As of last notice, Louder Than Life said that the festival’s guest of honor, Metallica, is still game to perform.

The festival kept a positive tone in its Ghostemane announcement saying, “The countdown is on, load-in has started, and wristbands will start shipping this week, only 24 days to go!!!!”

While several major bands have canceled shows, most big music festivals are still on, such as Bonnaroo. Railbird Festival in Lexington was held last weekend. Most festivals, including Louder Than Life, are adding requirements that guests must submit proof of vaccination or a negative COVID test to attend.

Here’s a sample of Suicidal Tendencies work to get you pumped: