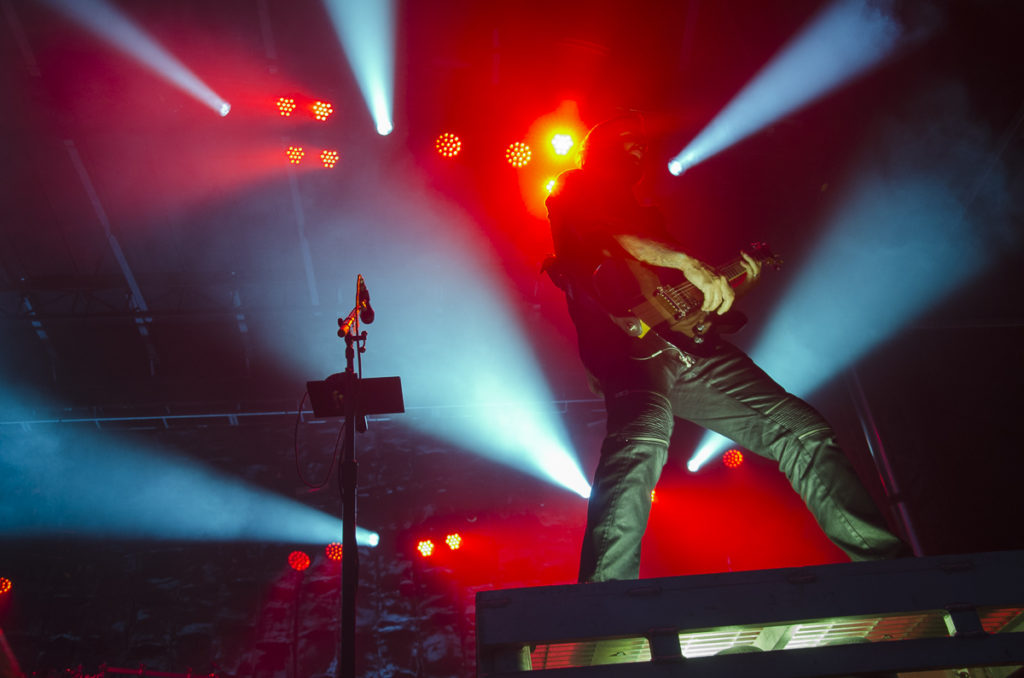 Disturbed plays at Louder Than Life in 2016. | Photo by Nik Vechery

After Nine Inch Nails canceled its entire tour last week because of COVID, leaving a hole in Louder Than Life’s Saturday headlining slot, it was announced on Monday that the nu metal band Disturbed will step in as a replacement.

Volbeat and Atreyu were also announced as lineup updates for the four-day festival, which runs from Sept. 23-26 at the Highland Festival Grounds at the Kentucky Exposition Center.

Louder Than Life, which is put on by Danny Wimmer Presents, stressed that despite setbacks, it is committed to moving forward. Company founder Danny Wimmer said that they’ve even checked in with Metallica — who are playing several DWP events this year — to make sure they were still in.

“We also talked to Metallica last week, who have confirmed their excitement to play our festivals in September, October and November,” Wimmer said in a press release. “The road is going to be bumpy, but the team at DWP is undeterred and will continue to adapt to any road blocks.”

Disturbed has played at Louder Than Life several times before, including in 2019 and 2016.

Here’s a look at the new complete lineup: 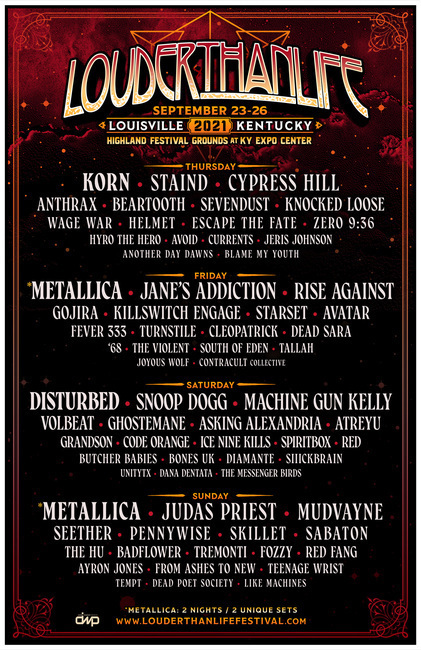