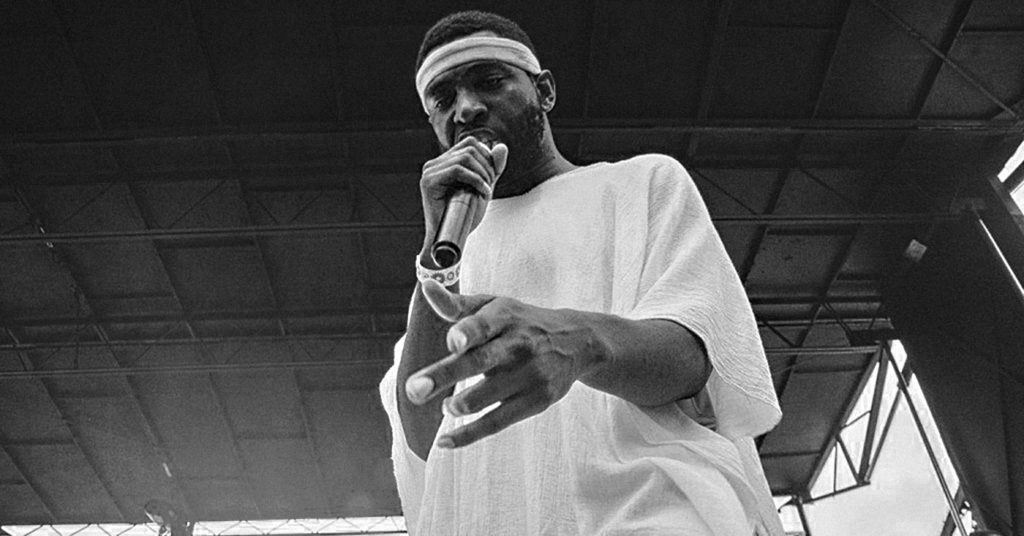 This article is part of our First Year of Tump package, which features stories about local protest art and music. Make sure to also read “Bevin’s Election Trumped Other Protest In Local Music” and “The Power of Art, Wielded Against Trump, Inequity.”

‘Until we have a conversation about this culture, we cannot change the narrative’

Protest music isn’t always easy to categorize or define. Some of it’s overt, taking aim at very specific targets in a very specific way on a very recognizable level. And some of it is more poetic and microscopic, spinning stories and phrases that dive into everyday struggles sparked by sociopolitical injustices. While Michael C. Powell’s story in this issue addresses Kentucky’s head-start reaction to new populism back in 2015 because of the election of Gov. Matt Bevin, we asked a few musicians to deconstruct their protest songs from last year, to show the range of this kind of music, from punk songs about how the fracturing and polarizing of society is taking America to the edge, to hip-hop songs about police violence. With Louisville’s history of punk and the more recent explosion of local hip-hop, the city is a powder keg for sharp reactions to imbalance and inequality. Below, Jecorey Arthur (1200), Sean Garrison (I Have A Knife), Rej Forester (GRLwood) and Romell Weaver (RMLLW2LLz) break down the stories, themes and meanings behind a song that they wrote.

1200 — ‘Slain’
“Slain” was inspired by an Upworthy article titled “Here are 10 images. By the time I reached the third one, I was crying. By the 10th, I was furious.” The 10 images were quotes of final words from men shot and killed by police officers. The photos and back-stories touched my heart so much this song had to be written. Many of the lyrics were directly cited from the article with the exception of my dramatized Michael Brown perspective in the second verse. While the theme and lyrics may seem one-sided, the overall message is meant to simply show a perspective. No one knows exactly what happened when these shootings occurred, but we do know lives were lost. We know the victims were unarmed. We know each and every one of the victims were black men. Most people will never know the fear of seeing law enforcement and feeling queasy because you could be the next victim, or hashtag, or quote in an article. This is an unfortunate reality for many black people, but also for many police officers. Our people cannot change centuries of racism, pain and wrongdoing, just like police officers cannot change centuries of training that taught them how to assess, respond and report. Both of us, black people, and law enforcement, have layers of judgement that need to slowly be peeled back or we will have many more ‘last words of the slain.’ I wrote this song because until we have a conversation about this culture, we cannot change the narrative. —Jecorey Arthur

I Have A Knife — ‘Pumpkinhead’
Before I penned “Pumpkinhead,” I had never written a song about a president in my entire life. The reasons are pretty easy to understand, really: Until Trump, I had never truly been scared of an American political figure. As a combative white dude with small hands, I know better than anyone what the guy is capable of, which is pretty much anything. When you combine that type of dry-drunk rage with a country full of dualist morons who cannot envision anything else but the my team-vs.-your team paradigm, the possible outcomes are not very healthy. Americans are so poisoned by a consistent anger over not being rich enough, beautiful enough, famous enough or loved enough that most seem to be constantly looking for blood, with the only issue really being “who deserves to bleed?” It seems we are on the brink of a second civil war, so I wanted I Have A Knife to be the first band to have a “fuck the Cheeto President in the face with a screwdriver” song. As far as I know, we created the first one. I don’t know… something about having small hands seems to make me really inappropriately angry… hmmm.—Sean Garrison

GRLwood — ‘I’m Yer Dad’
“I’m Yer Dad” is critical toward toxic, masculine, patriarchal figures, mixed with the sexualized term “daddy.” However, there is a lot of dialogue that comes off as preachy and predictable when it comes to these topics, so instead of taking these subjects and saying, “Hey, this thing is wack,” I wear the character, and speak from a first-person point of view, allowing anyone to be able to listen to the song and draw their own conclusion to its meaning, although it’s pretty obvious which direction our meaning is pointing toward. I’m not saying “Fuck the societal construct/expectation of female servitude to the male throne.” I’m saying “Feed me food while I watch sports, in my man cave made for sports… ‘Cus I’m yer dad, call me daddy.” —Rej Forester

RMLLW2LLZ — ‘So Amerikkkan’
“So Amerikkkan” is my idea of the United States being that one person in the office who has enough going on in their own life, but they always have advice or an answer for everyone else’s problems. What you have to understand is it’s actually really hard being black in America. Regardless of the social status, we are always reminded that we are black, which spawned one of my favorite lyrics in the song: “It’s getting harder to cope with bullets, instead of ropes.” Let that sit on your conscious for a day or two. How would you cope? It’s truly quite simple — all we want is justice, accountability, equality and somewhere warm to lay our heads. That’s all. Keep the rest of that bullshit over there. It seems as though hate is the new American way, and if you disagree with that hate, then you are considered the problem — “un-American.” I can only write from my own perspective. I can’t speak for everyone, but I know I speak for quite a few when I say hate, in any fashion, is not the American way. “So Amerikkkan” was written as a marker in this country’s horrible history, that is seeming to continue in a sickening display of racial injustices and backwards politics.
—Romell Weaver