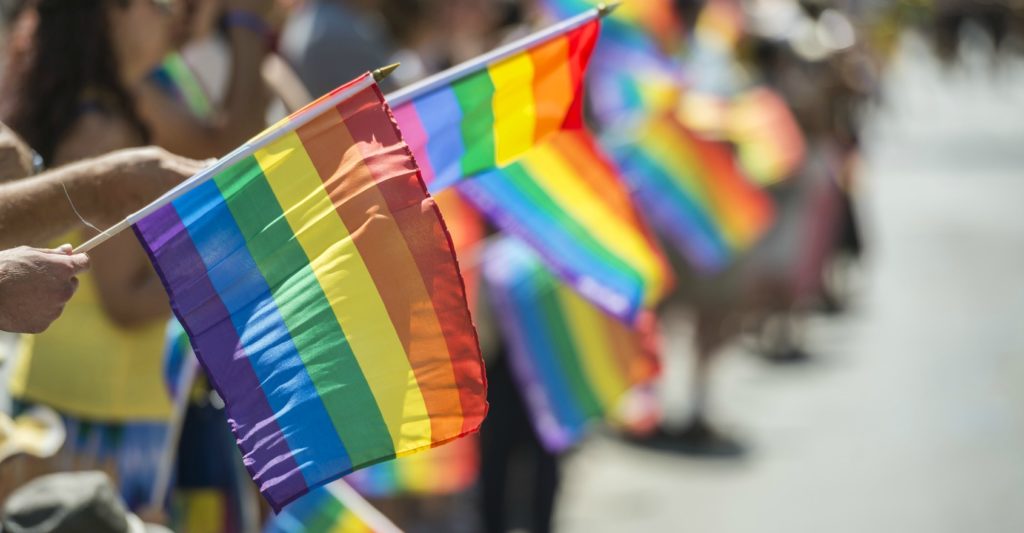 As one of a team of civil rights lawyers who took the marriage equality case of Obergefell v. Hodges to the U.S. Supreme Court last year, I’m getting a lot of questions about what a Donald Trump presidency means for LGBTQ rights.

People are worried. I get it.

While it may seem like every principle of American democracy has suddenly been saturated in nihilistic, orange-tinted piss, take heart! Your worst nightmares are unlikely to come true. I’ll address three important questions below.

‘Will Trump take away our marriages?’

Rest easy, friends. An executive cannot wave a magic wand to make a Supreme Court decision, and its attendant rights, vanish into thin air. For a President Trump to undo the progress made by Obergefell and its predecessors, a number of improbable things would have to happen.

First, Trump would have to appoint at least two Supreme Court justices to make any real difference. The Court’s current vacancy owes itself to the passing of Antonin Scalia, a justice who consistently (and vociferously) ruled against LGBT protections. Even assuming that Trump appoints someone like David Duke, Albert Mohler or the ghost of Phyllis Schlafly to the Court, it’s hard to imagine that the dynamic would shift.

Suppose, however, that one of the older pro-LGBTQ justices, such as Justice Anthony Kennedy or Justice Ruth Bader Ginsburg, were to die, or retire, during Trump’s tenure? Even then, another marriage case would have to make its way to the Court. With couples already getting married in all but a few counties in the country, this is practically impossible — there is no “case” to be made. Four justices would have to agree to take the case, even if it existed. And the Court would then have to reverse its own interpretation of the Constitution to undo a decision that is just over a year old. An opinion like that would threaten the legitimacy of the Court, something which troubles even the most conservative of jurists.

And let’s also remember: If there’s a consistent message Trump delivered on the campaign trail, it’s that he’s going to run America like a Fortune 500 company. Yanking away the family status of around a million Americans, even if legally possible, would be a fantastically bad business decision. In Obergefell, nearly 400 corporations and employer organizations filed briefs on behalf of our clients. By and large, the GOP listens to big business, and big business backs the LGBTQ community. Social conservatives are learning this the hard way in Indiana, North Carolina and Mississippi.

Finally, on a practical note, it is a lot harder to take away civil rights than it is to confer them. Put another way, the bell of your rights, once rung, cannot easily be unrung.

‘So what should we be afraid of?’

One legitimate reason for handwringing is that the LGBTQ community will almost certainly not have the support from the executive branch that it’s enjoyed over the last eight years. This support has often gone unnoticed, but it has been vital. For example, President Obama’s Solicitor General argued in favor of our clients in the marriage case. Shortly after Obergefell, the Equal Employment Opportunity Commission issued an opinion saying sexual-orientation discrimination in the workplace is unlawful. And the U.S. Department of Education issued guidelines to protect transgender students earlier this year. These are all issues left to the executive branch, and they can all be dramatically altered by executive fiat. For the transgender community in particular, making changes to documents controlled by the federal government — passports and Social Security cards, for example — could get a lot more difficult after Jan. 20, 2017.

More terrifying is the idea that a Trump-packed Supreme Court could increasingly allow government officials to opt out of things they find distasteful on religious grounds. Like, say, issuing marriage licenses. Rulings like that could culminate in bona fide disaster. Elections become religious litmus tests. Counties develop into fiefdoms, and run according to the whims of oligarchs and demagogues. But to achieve this, Trump would have to pack the Court with justices with extremely radical (read: insane) views of the Constitution. Not impossible, but not likely.

Of still greater concern is what the GOP-dominated Kentucky General Assembly may do in an attempt to turn back the clock here. It is not unusual to see state legislatures pass unconstitutional laws, and it is not unusual for those laws to be defeated in court. We are watching.

‘Are we that far against the tide by believing in human dignity and equality?’

This question, eloquently posed to me by a close friend when the election wound was still oozing, is both poignant and difficult to answer. A brief note about the bigger picture is appropriate.

After the Civil War, Reconstruction brought with it unprecedented change. Along with it came Jim Crow and the Ku Klux Klan. In the 1920s, victories in the fight for women’s suffrage were answered by draconian immigration legislation and the rise of the second, more powerful KKK. In the middle of the 20th century, civil rights laws passed after a series of court victories against segregation. Then the Nixon administration launched a long race war, disguised as a drug war, the repercussions of which are still being experienced today. Now, as the first black president ends his second term, and the war for marriage equality has been won, these advances have been answered by petulant fascism.

This is the natural ebb and flow of American history. Progress begets backlash, begets progress, begets backlash and so on. All this might be more comforting if the backlash didn’t often involve disastrous, ugly, unnecessary loss of life and liberty.

Back to the question: We are not against the tide, but we are occasionally forced out with it when we’d rather not be. Only, this tide is not a force of nature independent of human intervention; we can take control of it. It will not be easy. The struggle for liberation and equality has always been difficult. We must tend to it anyway. •

For more articles on the election from our “President Trump – or how we learn to stop worrying” issue, check out, Fingers crossed, but still safer to be very afraid: Congressman John Yarmuth on the election of Donald Trump, and Don’t Worry, Be Happy That You Live in America: A conservative’s take on the election.