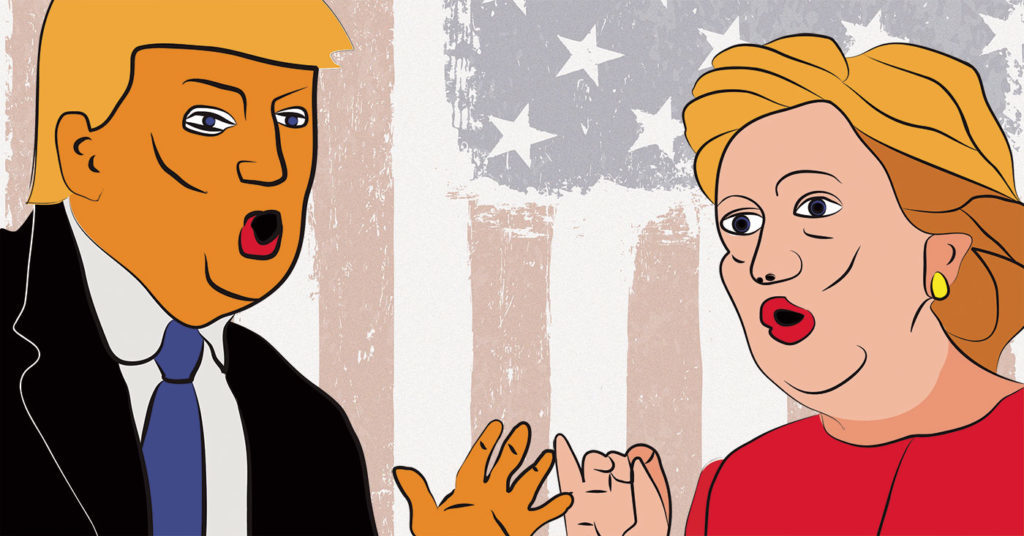 One of the things I’ll remember most about the Obama years is the online advertisement featuring Pajama Boy, the flannel-clad man-child sipping hot cocoa while admonishing his fellow ne’er-do-well millennials to sign up for Obamacare.

I hadn’t thought about Pajama Boy for a long time, until late last week. That’s when I read the following account of a staffer (his name was reportedly Zach, which is just perfect) at the Democratic National Committee losing it on Chairwoman Donna Brazile:

“You are part of the problem,” he continued, blaming Brazile for clearing the path for Donald Trump’s victory by siding with Hillary Clinton early on. “You and your friends will die of old age, and I’m going to die from climate change. You and your friends let this happen, which is going to cut 40 years off my life expectancy.”

I laughed, imagining Pajama Boy Zach screeching at Brazile, cocoa sloshing as the butt flap of his flannels popped open during the hysterics. Is “death by climate change” not something Obamacare covers?

After hearing of Zach’s nervous breakdown, it dawned on me that some of you reading this might be worried about an America fully under Republican control.

Fear not, liberal handwringers. Things will be just fine! We conservatives managed to survive eight years of Dear Leader Barack Obama, and you, too, will survive under President Donald J. Trump.

For those concerned about the message Trump’s election sends to women, here’s a question: Were you as worried about putting Bill Clinton back in the West Wing as you are about Trump? If not, take a deep breath and reevaluate your fear. Neither major-party ticket was a paragon of virtue when it comes to treating women with the respect they deserve, and exit polls show women split in this election, about the same way they did in 2012.

And while Trump made some heated statements regarding various groups during the campaign, being the president of the United States and running for it are two different things. Already, we’ve seen Trump moderate his views on two key issues: Obamacare, and jailing Hillary Clinton. Trump, after just one meeting with Obama, said he wanted to keep parts of Obama’s signature health care law. And this weekend Trump called the Clintons “good people” and seemed to back off his strident campaign promise to appoint a special prosecutor to put Hillary in jail.

Winning has a soothing effect, even on the hot tempered.

What can you expect from a Trump administration? He ran on a few issues, and he’s going to want to implement them. I suspect there will be some legislative independence here and there from Senate Majority Leader Mitch McConnell and House Speaker Paul Ryan, but on such things as border security and pro-growth tax reform, all the GOP needed was an executive and legislative branch in alignment to get those things done. And now they have it.

We went through this in Kentucky in 2015. An outsider governor was elected after unexpectedly winning a GOP primary and vanquishing a miserable Democratic nominee, and there was concern about how he would govern. One year later, I don’t know a mainstream Kentucky Republican who is unhappy with Gov. Matt Bevin, and he has a terrific working relationship with the GOP legislative leadership. And I don’t know a liberal (save Greg Stumbo and the rest of the state House Democrats ousted from their seats on Election Day) who has experienced disruption in their life because a Republican governor has been in charge for the last year.

I expect the same for President Trump, at least in the near term. There is plenty of agenda where he overlaps with McConnell and Ryan, and the voters sent a clear message that the days of talking are over. Voters want action, which we haven’t seen much of in Washington since President Obama’s first two years when he passed his healthcare law and the trillion-dollar stimulus package. We can debate the wisdom of those two things (conservatives feel both were disastrous mistakes), but they were big actions undertaken by a government unified under one-party control.

This time around voters delivered full Republican control because they want another period where things — big ticket things — are happening instead of just being fantasized about in floor speeches and press releases. The burden is on the entire GOP — Trump and Congress — to deliver results in this unified government handed them by America’s working class and rural voters. We have endlessly discussed several problems for the last six years, and divided government proved too much of a roadblock for meaningful solutions. The voters tore down that impediment last Tuesday.

There is no mystery in what Republicans plan to do. They will cut taxes. They will use free market ideas to reduce healthcare costs and enhance access. They will reduce the regulatory burden on an American business community that has felt a federal boot on its throat for the last eight years.

Beyond that, our nation’s founders, crafty as they were, designed a system of checks and balances that prevent any one government actor from sailing too far outside the navigational beacons laid down by James Madison. You can bet that McConnell and Ryan will keep things on track, checking the executive branch as necessary.

And if you need even more comforting, McConnell will have a 52-seat Republican majority in the Senate, a body that requires 60 votes to do most anything. The Senate offers a safety net inside of a safety net for minority viewpoints in our government.

There’s no need to look back on election results you cannot change, nor worry about elected officials you cannot stop from taking office.

But you can have faith in the goodness of America, and in the fidelity of her Constitutional system of government that protects minority viewpoints even when their parties have been banished to the electoral wilderness by unhappy voters. •

Scott Jennings was special assistant to President George W. Bush from 2005-2007, and a former senior advisor to U.S. Sen. Mitch McConnell. He is a partner at RunSwitch Public Relations in Louisville.

For more articles on the election from our “President Trump – or how we learn to stop worrying” issue, check out, Fingers crossed, but still safer to be very afraid: Congressman John Yarmuth on the election of Donald Trump, and Trump and LGBTQ rights: Your worst nightmares unlikely to come true.