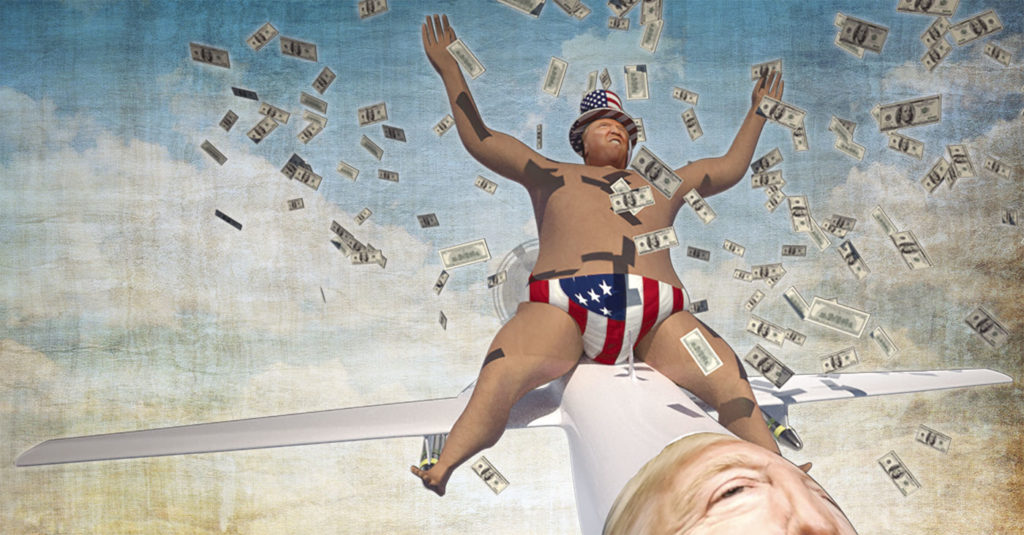 Ready for some verbal Xanax? Well then, uncurl yourself from the fetal position and read on, as I make a case for a reasonably productive and tolerable Trump administration.

Believe me, I understand how oxymoronic that phrase sounds. After the most demoralizing and offensive campaign in American political history, it is hard to conceive of candidate Donald Trump being a thoughtful and effective president. On the other hand, his campaign illustrated that he is a man who will say anything, so it follows that he may do anything, including promoting policies that large majorities of Americans — including Democrats and other liberals — will embrace.

Don’t get me wrong, it is still safer to be very afraid of President Donald Trump, and I wouldn’t bet on the scenario I am about to describe. But hell, the Cubs are World Series champs, so anything can happen. Maybe the Apocalypse actually won’t occur in 2017.

The first clues will be revealed very soon, as Trump selects his cabinet and top advisors. Already he has named Reince Priebus as his chief of staff, which is so much better than Chris Christie. (See how I am grasping at straws?) But he also named Steve Bannon, a documented bigot, as his chief strategist, so that’s not a promising sign.

The single most important reveal will be the choice for Attorney General. If Trump picks Rudy Giuliani, he will have declared war on the country, and everything I write from here on will be moot.

Assuming he appoints a competent lawyer to head the Justice Department, the next (and only other) critical selections will be the secretaries of State and Defense. If John Bolton, former U.S. Ambassador to the United Nations, neoconservative and war hawk, is named to either post, forget about Canada, it won’t be safe, either. Build a bomb shelter.  A very positive selection would be Richard Haas, head of the Council on Foreign Relations, as Secretary of State.

Moving to policy, it is clear President-elect Trump knows absolutely nothing about many of the subjects he will be forced to handle. Already he has been quick to change his mind about a total repeal of the Affordable Care Act, and I will guarantee that neither he nor the Republican Congress will tear it up “root and branch,” as U.S. Sen. Mitch McConnell says, because replacing it is far more complicated than they have ever conceived. That’s why Republicans have not offered an alternative to the ACA during the past six years that they have controlled the House of Representatives. There are only two alternatives: return to the days when insurance companies controlled your health, or move to a single payer system. Do I hear an amen?!

The optimistic case is that Trump’s first legislative priority is a massive national infrastructure program. This would require the Republican congressional majority to rely on Democratic votes for passage (because there won’t be enough Republican votes), but it would set a tone of bipartisanship and cooperation that could color the rest of his administration.

On the dark side, if he immediately pushes harsh immigration policies, including “The Wall,” tax cuts for the rich and moves to eviscerate the Environmental Protection Agency, then hide your eyes.

After infrastructure, the rose-colored glasses scenario would include criminal justice reform, which already has significant bipartisan interest; and then we would do comprehensive immigration reform, including a path to citizenship for undocumented Americans. We were close to a bipartisan agreement on immigration reform in 2013, so the ingredients are in place. Accomplishing that would be the single most important step in healing the emotional wounds that the campaign inflicted on tens of millions of Americans.

Finally, Trump might very well decide that appointing another Antonin Scalia to the Supreme Court would not help win support from the people who could cost him his congressional majority in 2018. He must know that he won election by appealing to an economically-depressed segment of the country, and not ideologues who worried about the Supreme Court. Donald Trump craves popularity, and a moderate Supreme Court appointment is his best chance to broaden his appeal.

OK, I know we’re approaching “Fantasy Island” here, but I actually believe some of these things are possible, and maybe even likely. Remember, Trump once was pro-choice, once supported single payer healthcare and once was a Democrat. Of course, I once was a Republican, and look what’s become of me.

Feel better? I hope so, but do I think the odds are good that this scenario will occur?

For more articles on the election from our “President Trump – or how we learn to stop worrying” issue, check out,  Don’t Worry, Be Happy That You Live in America: A conservative’s take on the election, and Trump and LGBTQ rights: Your worst nightmares unlikely to come true.