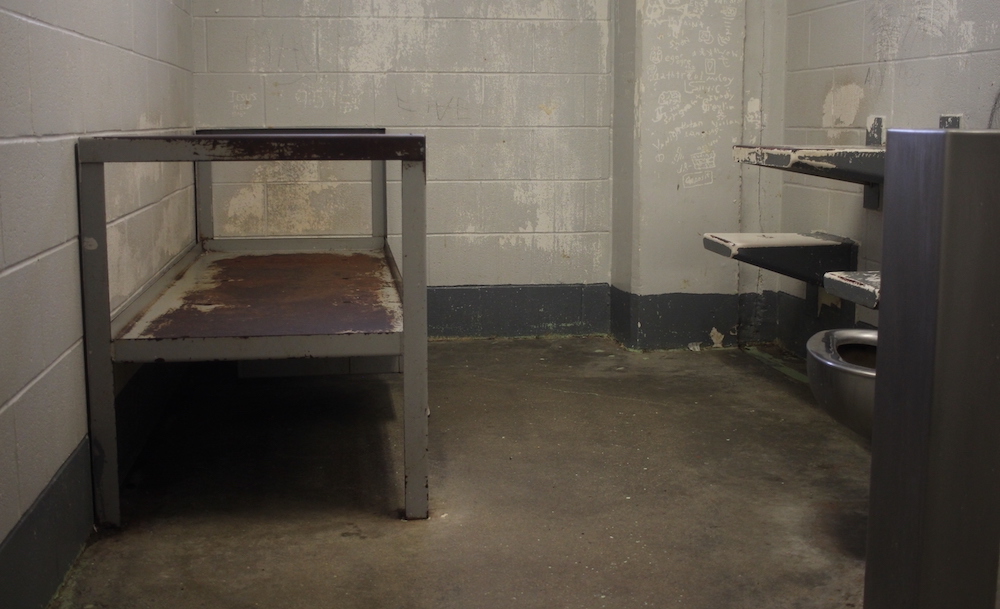 A cell inside Louisville's jail. | Photo by Josh Wood.

Another incarcerated person has died at Louisville’s jail, marking the 11th in-custody death since late November of last year.

In a statement on Thursday morning, Louisville Metro Department of Corrections said around 3:10 a.m. officers discovered that a prisoner had attempted suicide by hanging. The statement added that officers, medical staff and emergency services attempted life-saving measures, but that the person was pronounced dead.

Jail Director Jerry Collins, who took over the facility in April, said: “I am saddened by this loss of life. Our goal at Corrections is to ensure the safety of every individual entrusted to our care. We will refocus and continue to promote wellness for the incarcerated population and the correctional staff.”

Since Collins took over as the jail’s director in April, there have been three in-custody deaths. According to city officials, before the recent rush of in-custody deaths began in November, the jail previously averaged three deaths per year.

Under Collins, Louisville’s jail has seen a number of policy changes and safety improvements designed to combat suicides and drug overdoses. The new director has also called for “systemic” and  “dynamic” change at the facility.

As LEO Weekly reported earlier this week, Kentucky Department of Corrections preliminary reviews of Louisville jail deaths that occurred between November and March found repeated violations of Kentucky’s jail standards, the basic standards that local correctional facilities must maintain, with prisoners not properly checked on.

New York City’s notorious Rikers Island jail complex had 16 deaths last year and has seen 15 deaths so far this year, according to the New York Times. As of the end of August, the facility had a daily population of nearly 5,000; Louisville’s jail had a population of 1,468 as of Thursday.

In February, Louisville mayor Greg Fischer said the city had hired a jail death expert to conduct an independent review of in-custody deaths. However, the mayor’s office has not responded to repeated inquiries from LEO about the status of that review.