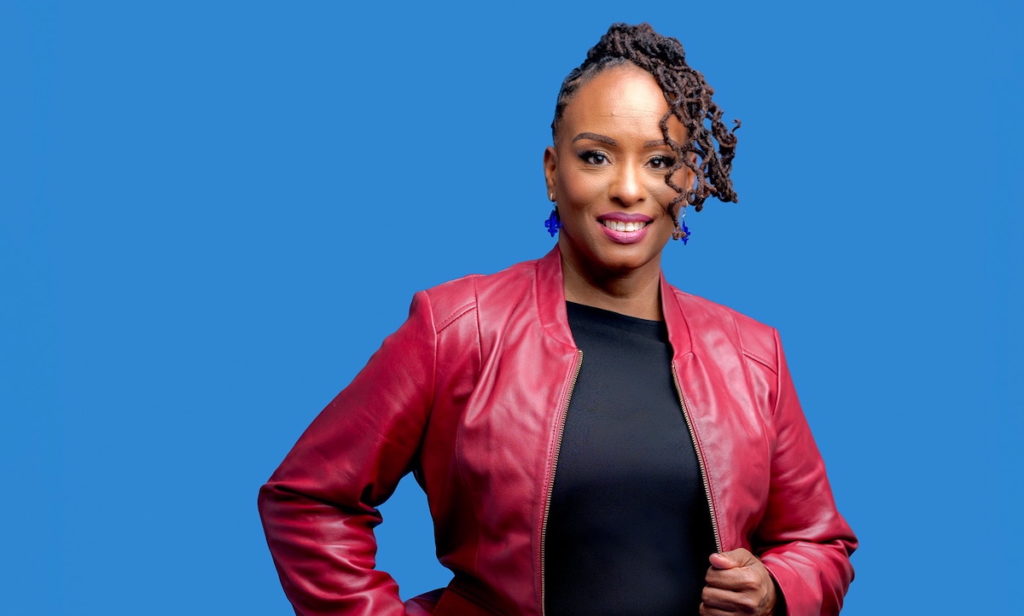 Editor’s Note: Before the May 17 primary, LEO asked both Attica Scott and Morgan McGarvey — the two leading Democrats running for the U.S. House seat that will be open after Rep. John Yarmuth retires — to write about what they think are the three biggest issues facing our community. You can read McGarvey’s column here.

”Women, if the soul of the nation is to be saved, I believe that you must become its soul.” -Coretta Scott King

Has there been a time in the history of this nation that women were not under attack? Whether it was the women who shepherded people to freedom during enslavement, the nearly 100-year fight for women’s suffrage, the immigrant women who have literally had their breastfeeding babies ripped from their arms, the transgender women whose brutal murders have gone unsolved, and today when the right to an abortion is under attack.

If we must center our conversation around the three most pressing issues Louisville and the nation is facing, we must center women who are increasingly in need of unemployment insurance benefits, child care assistance, eldercare assistance, who carry an overwhelming amount of student loan debt, and who are most underrepresented in political office where the decisions on all these issues are being made.

POVERTY is painfully real in Louisville. I know. I grew up in the projects of Beecher Terrace where government food commodities fed our family. As a Louisville Metro Councilwoman, I was the primary sponsor of a bill to raise the minimum wage, when it passed, Louisville became the first southern city to raise the $7.25 poverty wage. I’ll continue that charge in DC by supporting a $15 federal minimum wage (which is the floor) and supporting Universal Basic Income measures (which I sponsored as a State Representative and supported a pilot program that was recently launched in Louisville).

I support extending the refundable Child Tax Credit so that families get a chance to thrive, as well as investing in the Tenant-Based Rental Assistance account and other public policies that address affordable housing for people on fixed incomes. We must do our part to get people into housing who are seeking shelter and support people who are living in the West End who are fearful of gentrification from the tax-increment financing district that was created during the 2021 legislative session. I filed a rent control bill at the request of residents who were seeking policy band-aids on a bill that was passed without their input.

As a Louisville Metro Council member, I championed ban-the-box legislation that would remove questions about felonies from job applications so that folks have a chance at a job and can answer those questions during the job interview. We need this kind of second chance legislation at the federal level.

HEALTH CARE is a human right that doesn’t often extend to people living in poverty in our city. For years I suffered with endometriosis. I was able to eventually get the needed surgery to alleviate lifelong pain. I’m grateful to have had insurance that covered what would have been an astronomical bill. But there are far too many people who are uninsured and must foot expensive medical bills. In Congress, I will boldly support Medicare for All and the Momnibus bill. We must connect the intersectionality of environmental, financial, mental and physical health, and that is why I have sponsored the Maternal Care Act in our state legislature to address institutional and systemic racism in health care, as well as legislation to require Medicaid reimbursement for doula support services for pregnant people, and doula support for pregnant women who are incarcerated.

RACIAL JUSTICE is one of the reasons that I believe we must engage in a radical transformation of government in the United States. We must dismantle the institutions and systems that were never designed with the thought of women in political leadership or Black, Asian, Latinx, Indigenous, or other people of color in political power; or people who grew up in or are currently living in poverty. We desperately need bold agendas because the status quo won’t save us. Congress’ role in advancing racial justice for Black and Indigenous people is to implement policy that removes barriers and access to jobs, education and affordable housing, codify anti-discrimination into law at the federal level, like with The CROWN Act, and hold systems accountable when they fail.

We must hold police accountable at the Congressional level with the George Floyd Justice in Policing Act. No person deserves immunity from murder, which is why we must end qualified immunity and demand that officers who kill unarmed people are fired, arrested, and charged with those murders.

We must completely ban no-knock warrants. I championed this legislation in the Kentucky General Assembly and supported Lexington in its successful efforts to ban no-knock warrants and will champion this ban in Congress. I believe that every neighborhood, from the East End, to the South End, to the West End, needs the social safety nets that exist for the wealthy – access to mental health and addiction services and financial security.

I support ending extreme partisan gerrymandering (especially after the General Assembly totally wiped out the district that I serve from the West End of Louisville), passing the John Lewis Voting Rights Act, and creating term limits to encourage new generations of leadership to engage in political activity.

As a public servant, I have fought for policies that will uplift everyone across Kentucky. The experiences of the past few years have shown me that we can’t wait for justice and transformative change at every level of government. We cannot continue to accept the status quo if we are going to see real progress. Washington has the power to allocate to communities the resources that people need to thrive — we need public servants with the courage and political will to fight for us. I am that leader. Our campaign is about building a community where we all win.

I believe in an inside-outside partnership between elected officials and our communities. We need folks on the outside who are agitating for change on the inside — that’s how I started. I am a community activist and organizer who continues to advocate for change. It is the communities that I am on the frontlines with that encouraged me to turn my protest into policy and my legwork into legislation. Most of the bills that I have championed have been at the request of grassroots groups. This is the work I’ll continue in Congress for the people of Kentucky.

Our campaign is people-powered and not funded by an ungodly amount of crypto-currency dark money. I’m very direct with voters about what I’m motivated to do in Congress. You know what I’ll do, you know how I’ll lead, and you know how to reach me.