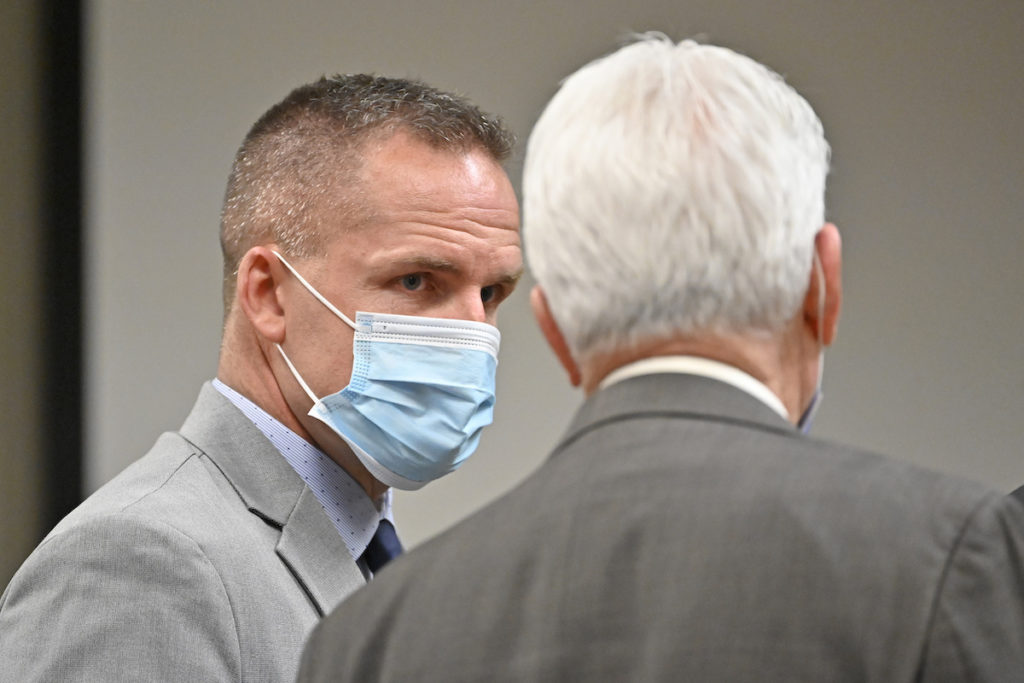 VICE News Tonight aired the first installment of a two-part investigative documentary series on the Louisville Metro Police Department on Wednesday, with the first part’s reporting focused on how the city’s police force has consistently failed to take allegations of sexual misconduct by officers seriously.

Leaning heavily on files from internal LMPD investigations and interviews with women who said they were sexually assaulted by officers, part one of the series provided further details on the alleged actions of former detective Brian Bailey and former officer Pablo Cano, both of whom have been in the public eye in Louisville after sexual misconduct allegations. Cano, who was accused by multiple women of rape, is serving a five year prison sentence. Bailey, who was accused of forcing confidential informants to perform sex acts, resigned from LMPD last year but faces no criminal charges.

New in the documentary were previously unreported allegations against Brett Hankison, one of the officers involved in the fatal 2020 police raid on Breonna Taylor’s apartment.

Brittany McKinney said Hankison raided the hotel room she was using to see clients as a sex worker in 2014. Hankison filled out an arrest citation for her but said he would not turn it in if she were to “hook up with him.” After Hankison made her a confidential informant, she said in the documentary, Hankison would call her on the phone telling her that she was sexy and that it was “a prize” for her to hook up with an officer like him. One night, she told VICE and LMPD investigators, Hankison had her meet him at a warehouse in Taylorsville and “tried to fuck me.”

Hankison would eventually file the charges against McKinney. Knowing that she was on probation, he said he took it upon himself to try to get her probation revoked.

“I don’t think she was doing a good job on diversion when she’s out prostituting on Backpage,” Hankison explained to LMPD investigators.

You can watch part one of the series here:

According to VICE, part two of the series, focuses on “abuses within the department’s narcotics unit” including “allegations that LMPD narcotics officers have pocketed both drugs and money they seized during raids.”

The second part airs at 11 p.m. Thursday on VICE TV and will later be available on their YouTube page. Watch a preview below: