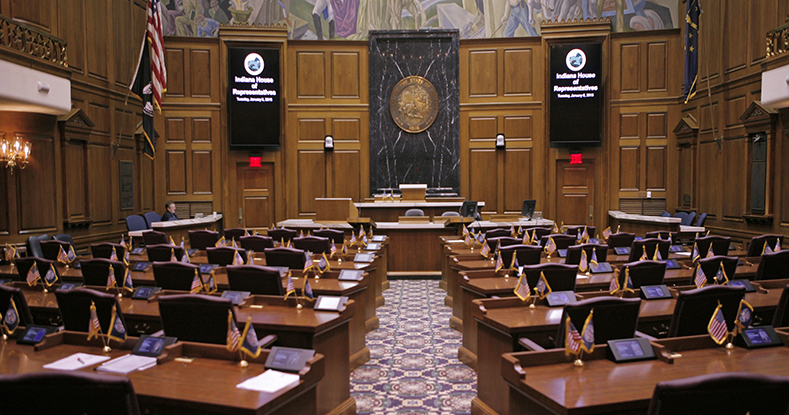 A provision in House Bill 1134 that would have required Indiana public school educators to remain impartial about what they teach had to be changed last week after the Senate version’s author said during a hearing that this would also apply to Nazism and fascism.

After a public lashing, including from “The Late Show” host Stephen Colbert, Indiana Republicans dropped the Senate bill. But the House bill remains — and even moved out of committee last Wednesday — albeit with a new addition saying that teachers can compare the values contained in the Constitution to those that are in “conflict with or are incompatible with the principles of western political thought upon which the United States was founded.” The bill also says that educators can still teach about “historical injustices committed against any sex, race, ethnicity, religion, color, national origin or political affiliation.” But, questions remain about what exactly Indiana educators will be able to teach about racism.

Kentucky’s anti critical race theory bills (HB 14 and HB 18) contain similar language to the Indiana House bill. But, they don’t require impartiality on the part of teachers. The Indiana bill is also different in that it would change the way schools create and publicize their curriculum — opening the process up to the scrutiny of the general public.

Under Indiana’s House bill, schools would be required to post all electronic curricular materials to their website for classes that the majority of students take. The bill also creates a new curricular materials advisory committee that would include community members, as well as your usual suspects: teachers, administrators and parents.

Another difference between Kentucky and Indiana: as Indiana’s House bill sees movement, Kentucky’s have yet to be assigned to a committee. Although local activists are still worried that they will be.

“They wasted no time in pre-filing these bills in July,” said Gay Adelmann, who is part of a campaign against Kentucky’s bills called All History Matters.