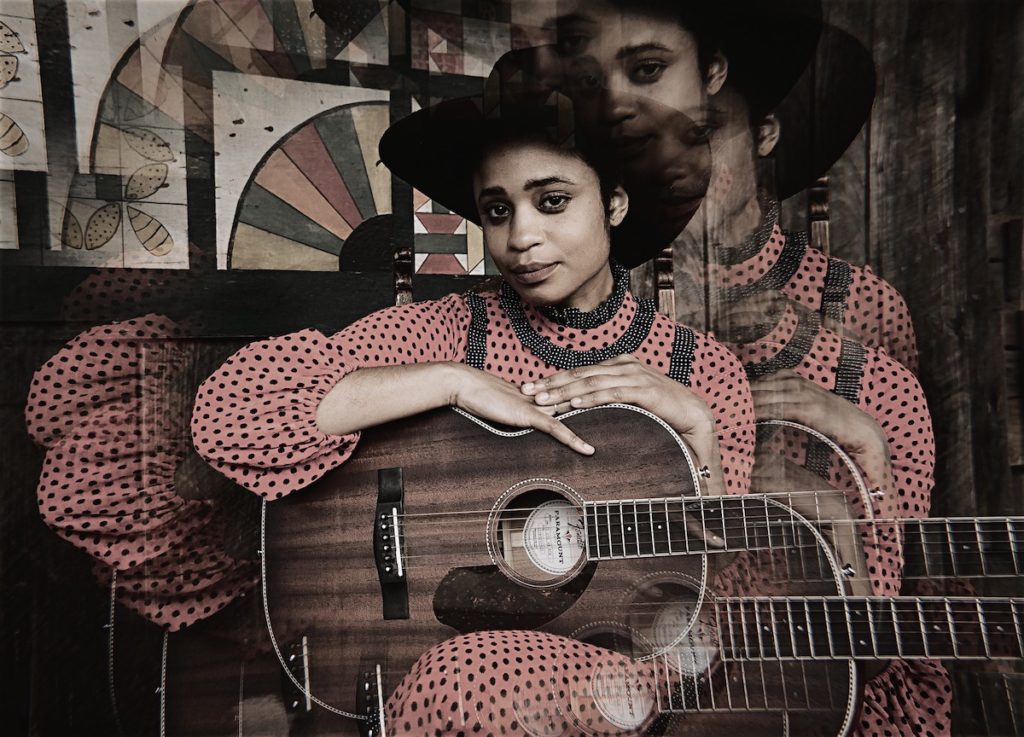 Adia Victoria is a born and raised Southern Black poet and musician who has garnered attention and praise for her music, especially with her newest release, A Southern Gothic. Victoria is currently touring with Jason Isbell and will be opening both of his shows at the Louisville Palace (originally scheduled for Jan. 14-15, but now rescheduled for Jan. 28-29 due to Isbell’s recent COVID diagnosis). I was lucky enough to speak to Victoria about touring, her new album, and being a musician.

LEO: Do you have any pre-show rituals or anything that you do before you go out on stage to get ready to perform?

Adia Victoria: It’s been so long since I’ve been touring and been out on the road properly, since 2019, but I don’t know, I like to stretch a lot. I like to get into my body before I go on stage just so I know that I’m bringing all of me out to the show. Sometimes I can get a little anxious and get inside my head, so I do some stretches and deep breathing and I try and get as much quiet as I can. That’s hard to do on tour, but I have time to just be completely relaxed within myself. I’m a former dancer, so I try and have all of my body warmed up before I go on stage and perform.

Are there any songs in particular that are your most favorite to perform live?

Again, that’s a difficult question because we really haven’t had the chance to tour much for A Southern Gothic, but I’ve really been enjoying playing ‘My, Oh My’ live. There’s something very ethereal about that song that I discover something new each time that I’ve been blessed to perform it. It keeps opening itself up to me and I hope that that comes across to the audience as well.

Gothic as a literary trope concerns itself with what we repress, what we other, what comes back to haunt us, but a lot of traditional Southern Gothic, that repressed… that other… that haunting is represented from a white Southerner’s perspective. So, oftentimes what comes back to haunt the white Southerner is the very idea of how he was constructed in the first place — what his identity is centered upon, who it has to exclude, who has to die in order for him (or her) to be white. And that’s what a lot of [William] Faulkner and [Eudora] Welty and [Flannery] O’Connor, they brilliantly explore in their work. And, so, as a Black woman, I’ve had a different idea of what I’ve had to repress, what I have looked at and looked out at the world. What haunted me was often a lot of the aspects of my white evangelical Southern upbringing — middle class. I had to repress different parts of myself in order to exist and survive as a respectable member of society. So, I wanted to show that that has just as much relevance to Southern identity as white Southern identity, which is what we typically think of when we say Southerner, we think of a white person. So, I use that title kind of as a reclamation in order to position my story, my perspective and my experiences growing up in a church and Black in South Carolina shoulder to shoulder with someone like a William Faulkner or a Eudora Welty.