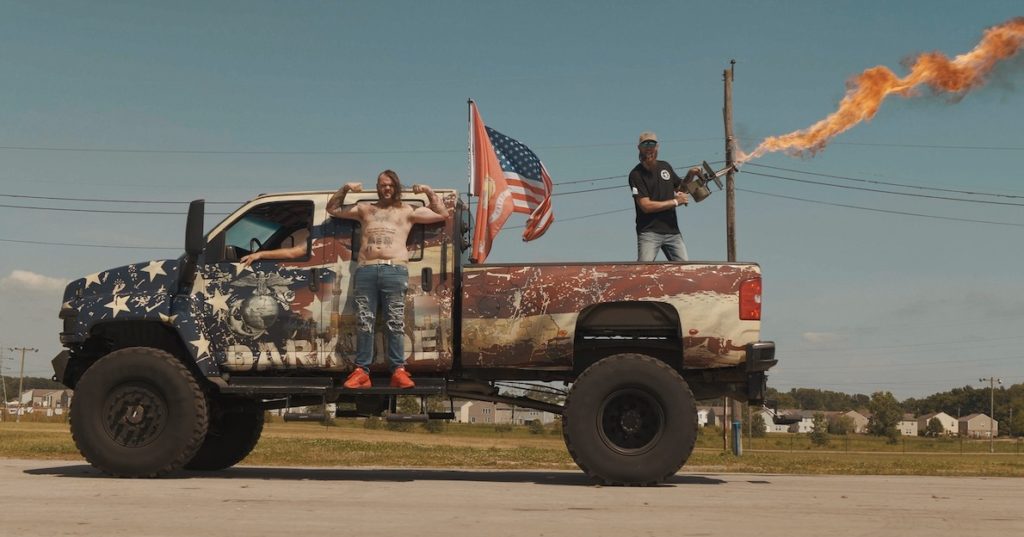 LEO wrote about the Redneck Rave from afar, and briefly — letting you readers know that the “world’s craziest and wildest country party” was coming back to Edmonson County on Oct. 14.

But, Vice News actually sent a reporter there — Alex Zaragoza. Something we would have loved to do if we had the time and resources of a national publication.

Still, we were happy to read the story and see that — despite last June’s impalement, a man whose throat was slit and the choking of another attendee — the Redneck Rave is actually a pretty cool party.

Vice described a scene that was, yes, rowdy, but, also about camaraderie, with participants looking out for each other.

There were, unfortunately, Confederate flags and Donald Trump paraphernalia, but also plenty of End Racism wristbands.

“A person can’t be publicly racist out here because they’ll get beat up,” said DJ Seefoe, one of the few Black people Vice saw at the Rave. “I represent this shit. I’m here. I ain’t no redneck, but you don’t gotta be a redneck to be at the Redneck Rave.”

Pretty much everything goes at the Rave, except everyone is told to wear a helmet and seatbelt when riding their ATVs.

Writer Zaragoza saw plenty of off-roading vehicles, stripper poles mounted on trucks, possum peckers (grilled hot dogs on a stick) and someone she called “Redneck Gandalf” who wore a hat doubling as a beer bong and a shot ski.

Read the rest of her experience here.

The Redneck Rave was stoked about the article, posting to Facebook, “This summer we made global headlines because of folks attempting to bash us… I made it a mission to flip it on every single one of them. We invited one of the biggest media outlets in the world to come see 1st hand what the Redneck Rave is really about. I took a huge gamble and trusted them… it paid off big time. There are so many new people that know about what we do now!”