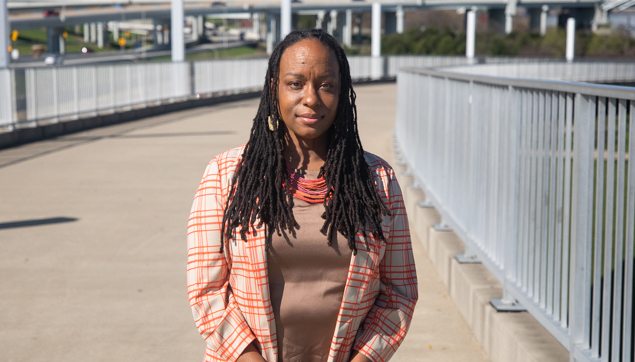 As some Kentucky lawmakers seek to limit discussions of race in public schools, state Rep. Attica Scott of Louisville wants to expand the conversation.

The Democrat has pre-filed a bill that would require Kentucky public middle and high schools to teach the history of racism “that shall include but not be limited to the transatlantic slave trade, the American civil war, Jim Crow laws, the black codes, desegregation, the Civil Rights Act of 1964, the Voting Rights Act of 1965, redlining, and residential segregation.”

Scott, who is also running for Congress, tweeted that she filed her bill in response to a request from Jefferson County Public Schools students, not in response to anti critical race theory rhetoric. (Critical race theory is a lens through which to study racism that focuses on racism embedded in institutions rather than individual racist actions.)

I did not file this bill request in response to anti-CRT rhetoric. I initially filed the bill in January 2021 at the request of students in JCPS. https://t.co/dDqTpaWyKy

Still, Scott’s proposed legislation stands in contrast to pre-filed bills from Reps. Joseph Fischer and Matt Lockett (both Republicans), which would ban some discussions of race in Kentucky classrooms. Lockett’s bill prohibits teachings at public K-12 and collegiate-level schools that:

In a past statement to LEO, Lockett, along with a co-sponsor, Rep. Jennifer Henson Decker, said that their bill is in response to children being taught “anti-American racism” — which they said is sometimes labeled as critical race theory — in schools.

The hubbub around critical race theory across the nation and in Kentucky has already impacted teachings at Jefferson County Public Schools: References to critical race theory were scrubbed from a new elective called Developing Black Historical Consciousness. Just last month, someone complained to the state Office of Education Accountability about a Black studies elective at JCPS. It’s not clear if the complaint was in reference to the Developing Black Historical Consciousness elective or another new Black studies elective.