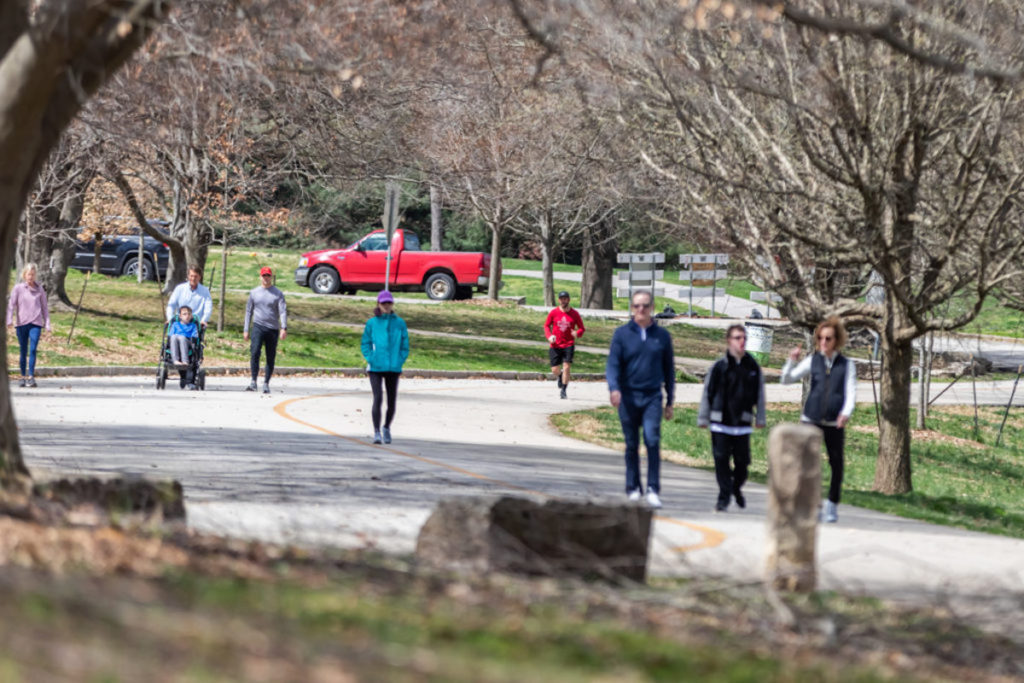 Pedestrians on the Scenic Loop in Cherokee Park. | Photo By Kathryn Harrington

The Cherokee Park scenic loop will reopen completely to cars in September after a Metro Council vote last night.

The loop was closed at the beginning of the pandemic to allow for social distancing. A compromise partially reopened the loop in June to allow access for people with mobility issues.

No votes included council member Jessica Green, who represents District 1 in the West End and who called the closures “a bit classist and segregationist.”

“I love The Highlands,” said council member Jessica Green, who represents District 1 in the West End and who voted “no.” “It is a beautiful and vibrant area of town. However, Cherokee Park is not the personal backyard of any neighbor or any resident in that area. Continuing to keep it closed to outside traffic … amounts to us giving Cherokee Park to only the residents who can walk there and walk through this park, instead of to all Louisvillians.”

A survey of people who mostly lived near the park and used it frequently overwhelmingly supported the compromise. A second survey that involved a representative sample of city residents, showed that the most popular solution was to reopen the scenic loop, although only 31% of respondents qualified as loop users.

Three members of the public spoke at the meeting about the ordinance, with two supporting the compromise and one person arguing that it hurt the elderly and people with disabilities.

The loop compromise did still contain areas for parking and car access.

At the meeting, Chambers Armstrong and advocates for keeping the road closures argued that they accommodated for other vulnerable groups and people with disabilities, such as those with sight issues, small children and those with sensory issues.

Biking and pedestrian advocates lamented the possible reopening of the park on social media before the final vote. One of those was urban planner Rob Monsma who spoke at the meeting.

He said that urban Louisville residents deserve quiet, bike-friendly streets, and that the designer of the park’s original intent was to give urban residents a chance to “cheaply, conveniently and pleasantly escape.”

“The current compromise design of Cherokee Park does just that,” Monsma said. “It gives bicyclists and pedestrians a break from having to navigate the streets dominated by cars, while still allowing access to every single amenity within the park for all taxpayers, just as it was pre-pandemic.”