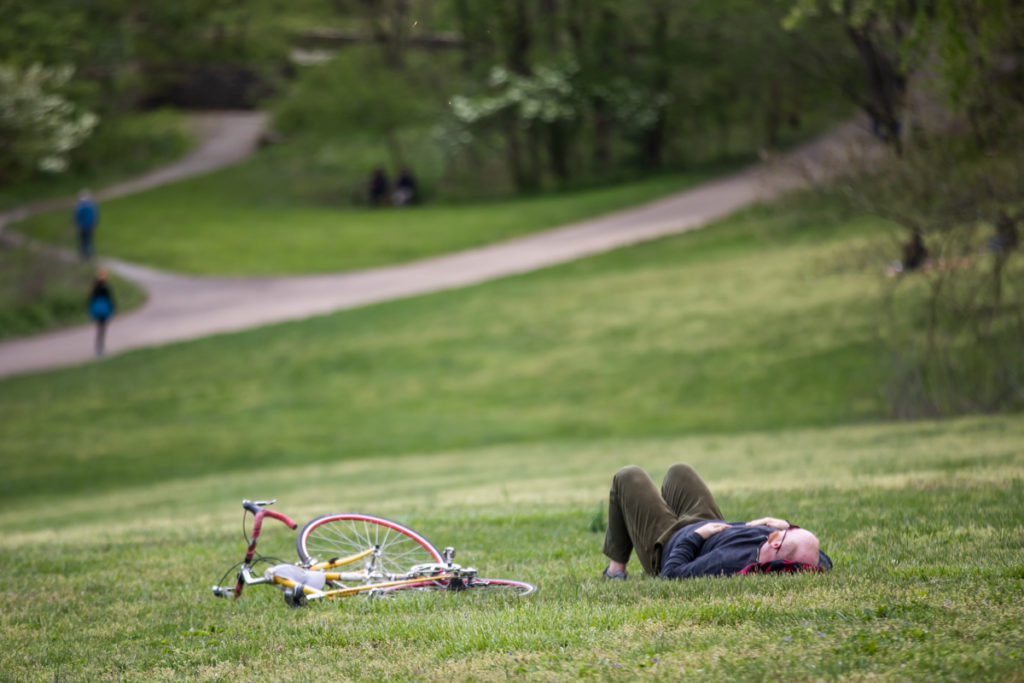 A cyclist takes a break in Cherokee Park. Photo by Kathryn Harrington

Community members complained that Louisville Parks’ last survey — asking the public for their thoughts on road closures in Cherokee Park — was not scientific.

Well, the parks department partnered with a custom research and data analytics firm, and the results are in: A representative survey of 478 Jefferson County residents preferred totally lifting traffic restrictions in Cherokee Park, while a survey of 1,302 frequent users of the park’s Scenic Loop said they would prefer to keep current restrictions, which allow access to only certain parts of the loop.

The results were presented to Metro Councils’ Parks and Sustainability Committee today. Eventually, the full council will vote on whether or not to keep the current restrictions, which open the Scenic Loop to cars near Hogan’s Fountain and the rugby fields.

The “general community” survey by IQS Research, or the one that involved consulting a representative sample of Jefferson County residents, found that 31% percent qualified as “loop users,” meaning respondents either said they were periodic or regular users of the Scenic Loop. Of the loop users, 45% said the loop should be fully reopened to vehicles, while 35% of non-loop users said it should be. A smaller number — 31% of loop users and 20% of non-loop users — said that vehicle usage should remain with the current restrictions.

In the “open community” survey, or the one with “power users” of the park, 96% of respondents qualified as “loop users.”