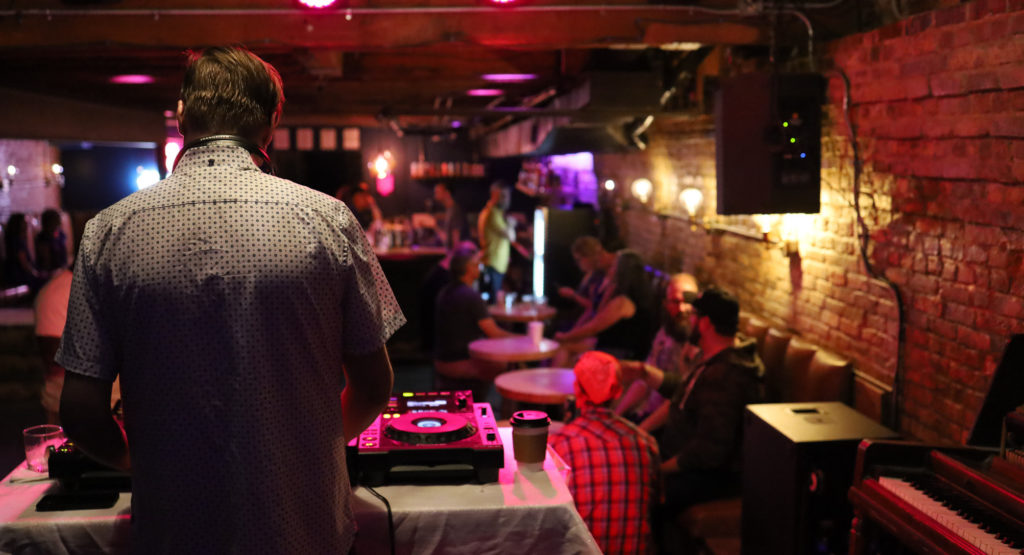 On Saturday, The Flamingo Lounge had a soft opening. | Provided photo.

For years, local musician and concert booker McKinley Moore turned Kaiju’s stage into a staple of the music scene, creating a place where you could see a diverse range of local acts and a steady stream of talented, nationally-touring bands. Now, he’s trying to do the same with The Flamingo Lounge, a brand new venue that’s opening on Seventh Street in downtown this week. Located in the basement space that once was the jazz club Jimmy Can’t Dance, the 100-person venue will now feature indie, punk, hip-hop and several other genres.

“I just want to create a place downtown where locals feel comfortable coming and want to come to because I used to hang out a lot downtown when I first moved here, but the past 10 or 15 years, I feel like everything downtown has been directed to tourists and that’s always seemed like a mistake to me because a downtown is very important, and people in a city should want to be there not avoid it,” Moore said.

The Flamingo Lounge opens on Wednesday, July 21 with performances by Charles Rivera, Scott Hildreth and Justin Heaverin Trio. The venue, located on 119 S. Seventh St., is operated by Against the Grain. The brewing company leases the building — which used to hold the popular lunch spot Another Place Sandwich Shop and the aforementioned Jimmy Can’t Dance — with the plan of keeping the spirit of those businesses alive. The ground floor will now be Against the Grain Sandwich Emporium, while the subterranean Flamingo Lounge will aim to be a fixture for local music.

There is a thick musical ecosystem in Louisville, from large arenas to small spaces like this, which are the entry point for a lot of solid local talent. Most of the artists that play at theaters and auditoriums established themselves at the tiny standing rooms that give people early chances.

“I feel like, a lot of times, with local bands, venues treat them as an afterthought and I don’t think that’s a good way to go about it,” Moore said.

Here’s a list of every show the venue has announced so far:

[Editor’s Note: This story has been updated to reflect that Against The Grain does not own the building at 119 S. Seventh St..]