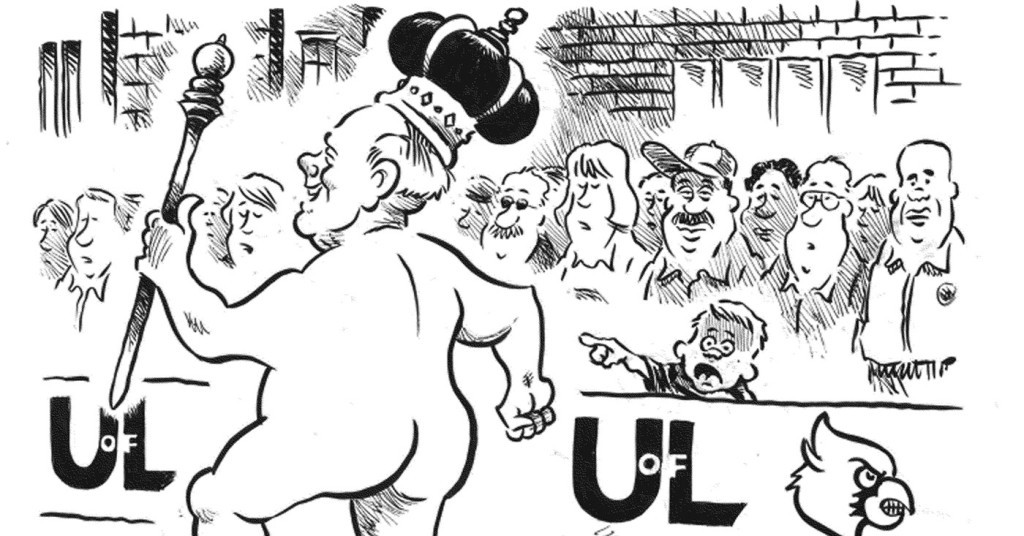 Hans Christian Andersen is credited for having written “The Emperor’s New Clothes” in 1837.

As the story goes, a vain Emperor hires two weavers who promise him the finest, best suit of clothes from a fabric invisible to anyone who is unfit for his position or “hopelessly stupid.” The Emperor’s ministers cannot see the clothes themselves, but pretend that they can for fear of appearing unfit for their positions. The Emperor does the same. The Emperor marches in his new “suit” in a procession before his subjects, and townsfolk play along with the pretense, not wanting to appear stupid. Then, a child in the crowd, too young to understand the desirability of keeping up the pretense, blurts out that the Emperor is wearing nothing at all, and the cry is taken up by others. The Emperor suspects the assertion is true but continues along in the procession.

Recently, I’ve been struck by the parallel nature of this centuries old fable to a current story that is unfolding right here in the land of Jefferson. University of Louisville President James Ramsey has had several expert weavers working under the direction of Head Seamstress, Kathleen Smith, including Dr. Shirley Willihnganz and Dr. David Dunn.

Life was fairly copacetic with Ramsey as president, until he started feeling more imperial. He started taking compensation from a foundation that dwarfed his official salary as president … compensation which was hidden for many years. He also made himself chairman of the Foundation’s Nominating Committee and hand picked a loyalist as chairman of the Foundation’s Board. Meanwhile, back at the University, the Weavers of Special Cloth, Ms. Smith and other loyalists were also given huge payments beyond their publicly disclosed salaries.

The real version gets much more complicated than the fable. In secret, the president spent several months trying to merge the public university hospital with a private Catholic hospital system. He used money from his Foundation to pay legal fees and promote the merger, but the governor and the attorney general had to put a stop to it. Then there was an audit, but the president didn’t like the implications of the written report so he stopped calling it an audit and refused to publicly release the report until he and the Weavers of Special Cloth had time to clean up some of the mess the auditors had found. And, it seemed like whenever there were problems in the weavers’ office, the departing weavers made off with large payments to not spill the beans about the secrets of the special cloth, including Dr. David Dunn, who is currently under investigation by the FBI.

In recent years, they have woven some quite remarkable cloth.

I always assumed the original version of the story had a happy ending. Surely, once the Emperor realized that he had been misled by his advisors he would have come to his senses, and wisdom would have prevailed. However, in our local version, each time President Ramsey is questioned, his ministers immediately and angrily try to discredit anyone who can’t see the cloth. In this story, these attacks are being led by the Emperor’s Court Jester (and Alumni of the Year and Chair of the Foundation), Dr. Bob Hughes. With his portrait hanging on a University building and with a huge tax write-off for donating to the University the house in which he still lives in Murray, Kentucky, Dr. Hughes seems to relish this role. Every time one of the trustees questions the cloth, Dr. Hughes tries to discredit them by calling them members of a conspiracy or the “Chardonnay Crowd” and tries to belittle Ivy League educations.

And, so the story continues … its ending not yet known. The Emperor’s anger is at an all-time high and he seems to have forgotten he is an employee of the Board of Trustees. During a recent meeting, a majority of the Board was prepared to pass a Vote of No Confidence on the Emperor. Had the President shown any integrity, he would have resigned … yet he continues to rule in no clothes. •

Jimmy Margulies is a nationally syndicated editorial cartoonist. Among his national awards are The Berryman Award from The National Press Foundation, The National Headliner Award, and The Fischetti Editorial Cartoon Competition.

To read another view about President Ramsey’s tenure at the university from Trustee Robert Hughes, click here.