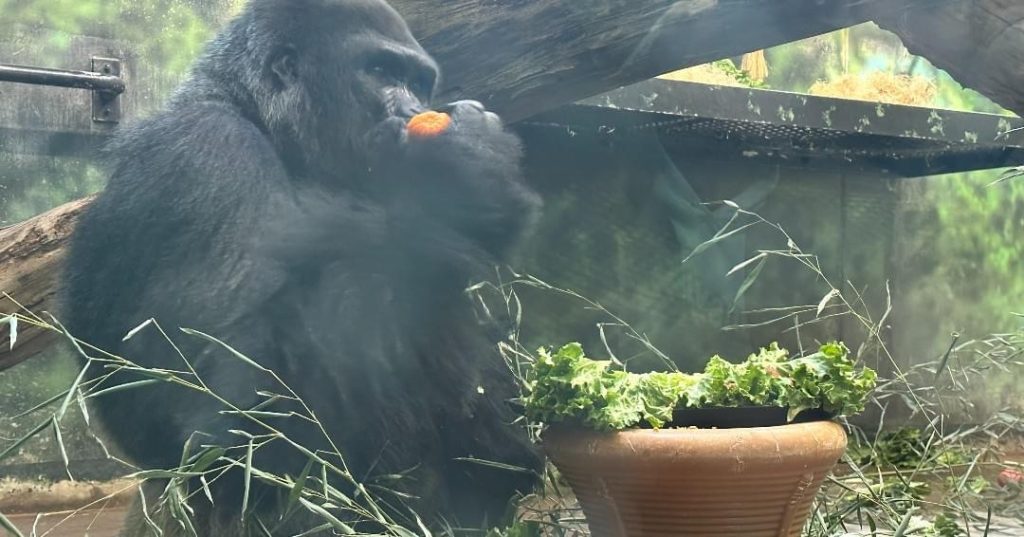 The Louisville Zoo had reason to celebrate this weekend. The zoo hosted three birthday bashes for some of their most beloved residents: Polar bear Qannik, gorilla Jelani and Asian elephant Punch.

Quests celebrated with the animals by singing them “Happy Birthday,” as well as watching them be treated to special enrichment gifts, according the Louisville Zoo.

Qannik, who turned 12, got frozen treats with fish and meatballs inside, as well as evergreen trees. Punch, who as been at the zoo since November 1973 when she was 3 years old, turned 53. She was treated to some of her favorites like hay bales with bamboo, squash, strawberries and grapes.

Zoo keepers: caretakers, researchers, conservationists… artists!? It takes some serious talent to create enrichment masterpieces for the animals. Thanks to everyone who joined us to see the birthday celebrations of polar bear Qannik, gorilla Jelani, and elephant Punch! pic.twitter.com/au594WMJvg

Male gorilla Jelani, who the zoo calls a “true superstar,” known for viral videos of him interacting with guests and their smartphones, turned 26. His special treats included yogurt and gelatin along with veggies and fruit.

The next big exhibit coming to the Louisville Zoo

Kentucky Trails will be an exhibit unlike anything the Louisville Zoo has created in the past, according to their website. The ambitions project will be located on 20 undeveloped acres near two popular Zoo exhibits, Glacier Run and Snow Leopard Pass.

Kentucky Trails will be an extensive and interactive experience. The exhibit will provide up-close encounters with bison, elk, black bear, bobcat, eagles and other native animals, according to the zoo.

An opening date for the exhibit has not been scheduled yet.