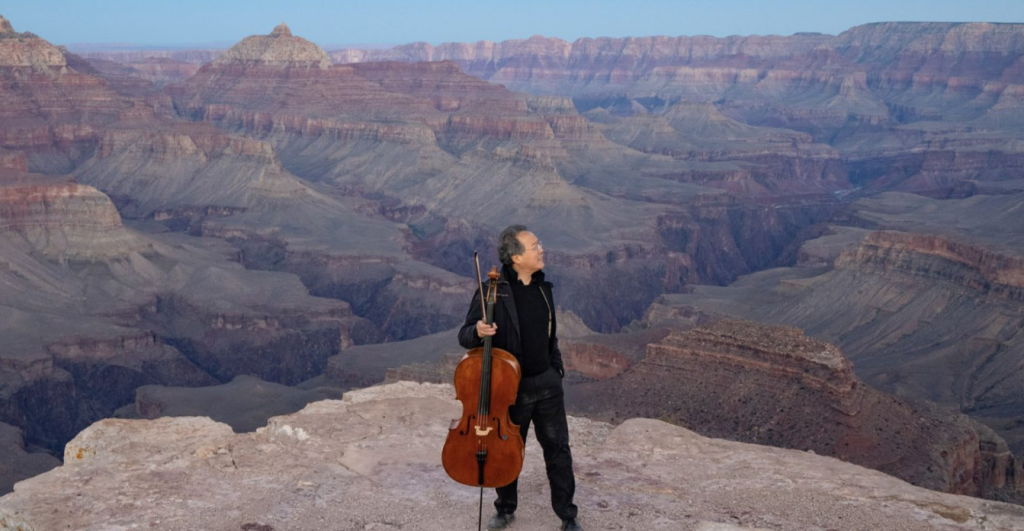 Yo-Yo MA will be joining the Louisville Orchestra for a special concert inside the Mammoth Caves.Photo by AUSTIN MANN, courtesy of Yo-Yo Ma.

The Louisville Orchestra announced its upcoming two-year tour across Kentucky — and the tour will culminate with two performances by none other than world-renowned cellist Yo-Yo Ma at Mammoth Cave on Saturday, April 29. Ma will also have a five-day residency in Louisville leading up to his performances.

The tour, “In Harmony – The Commonwealth Tour of the Louisville Orchestra,” will begin on May 17. Between then and late February/early March 2024, the tour will include stops in Prestonsburg, Pikeville, Harlan, Glasgow, Covington, Bowling Green, Ashland, Bardstown, Henderson, Owensboro, Madisonville, Danville, Frankfort, Georgetown and Fort Knox. The venues and dates for those tour stops will be announced soon, but a press release says that the shows will include “full orchestra performances as well as bring orchestra musicians for intimate, collaborative engagements in schools, community centers, and libraries in dozens of communities.”

Kentucky natives Tessa Lark and Chris Thile will join select concerts to accompany the Orchestra on fiddle and mandolin, respectively.

In a press release this morning, music director Teddy Abrams said, “With the ‘In Harmony’ tour, the Louisville Orchestra becomes the only orchestra in the United States committed to traveling to every corner of its state to partner in performance with artists across our communities. There is no so-called urban-rural divide in music. Art and music transcend geographic boundaries. We couldn’t be more excited to share our treasured work with our fellow Kentuckians in their hometowns and home counties.”

Yo-Yo Ma’s culminating concerts inside Mammoth Cave with members of the Louisville Orchestra and the Louisville Chamber Choir will take place on Saturday, April 29, at 11 a.m. and 3 p.m. CDT. Tickets will be available by lottery Monday, Jan. 30, and 10 a.m. on Sunday, Feb. 5.

“Visitors have always been drawn to Mammoth Cave to experience its ancient stillness and expansiveness,” Abrams added in the news release. “It’s no surprise that this otherworldly treasure has inspired art of all forms, some of which can still be seen in the cave. Performing music in a cave where untold generations of people before us have created their own music connects us in a vital way to our past.”
Park Superintendent Barclay Trimble also said in a statement, “Music is universally loved and recognized as a way to connect and bring people together. Mammoth Cave has been a source of artistic inspiration for thousands of years and now through a composition created by Teddy Abrams and historic performance by Yo-Yo Ma, we can add another fantastic musical moment to the cave’s history.”