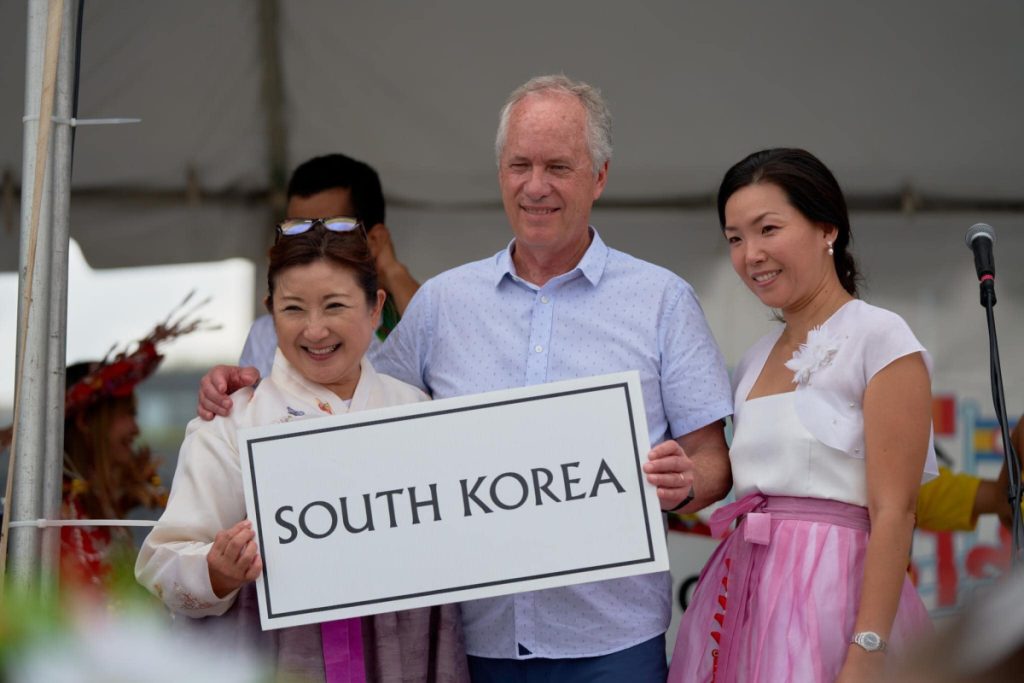 Administrators of the Korean School of Louisville pose with ex-Louisville Mayor Greg Fischer at 2022's WorldFest.Photo from KSL Facebook

The Korean School of Louisville (5937 Six Mile Ln.) is hosting a fundraiser on Sat. Feb. 25. The school, which offers Korean language and cultural learning has served the Louisville area for almost 50 years starting in 1973. It began as a place for the local Korean community members to share culture and language with the next generation, and still today the leaders of the school believe that “knowing where we came from and learning our roots” is essential to the Korean identity. The school isn’t just for Korean people. It is open and welcomes anyone interested in learning a new language and broadening their cultural understanding of Korea.

As Korean culture has gained popularity, the “K-wave” as it is being called, has taken not only popular culture by storm with Korean Pop music and Korean dramas but also the study of Korean language. According to Duolingo’ 2022 language report, Korean was the seventh most studied language in the world, outpacing Chinese.

Joowon Suh, director of the Korean Language Program at Columbia University told CNN in a recent article about the rise of Korean language following K-pop and K-drama,  “Compared to the time I started my career, the perceptions of Korea as a nation, Korean culture and society, and the Korean language have gone through a significant, positive change. Now it is perceived more modern, advanced, marketable, cooler, and hipper.”

The KSL fundraising event will share an evening of Korean cuisine, cultural dances, taekwondo and certainly, Korea’s hottest export, K-pop. This event returns after a two-year hiatus. Tickets are $20 for all 14 and under and $50 for adults and can be purchased on Eventbrite.