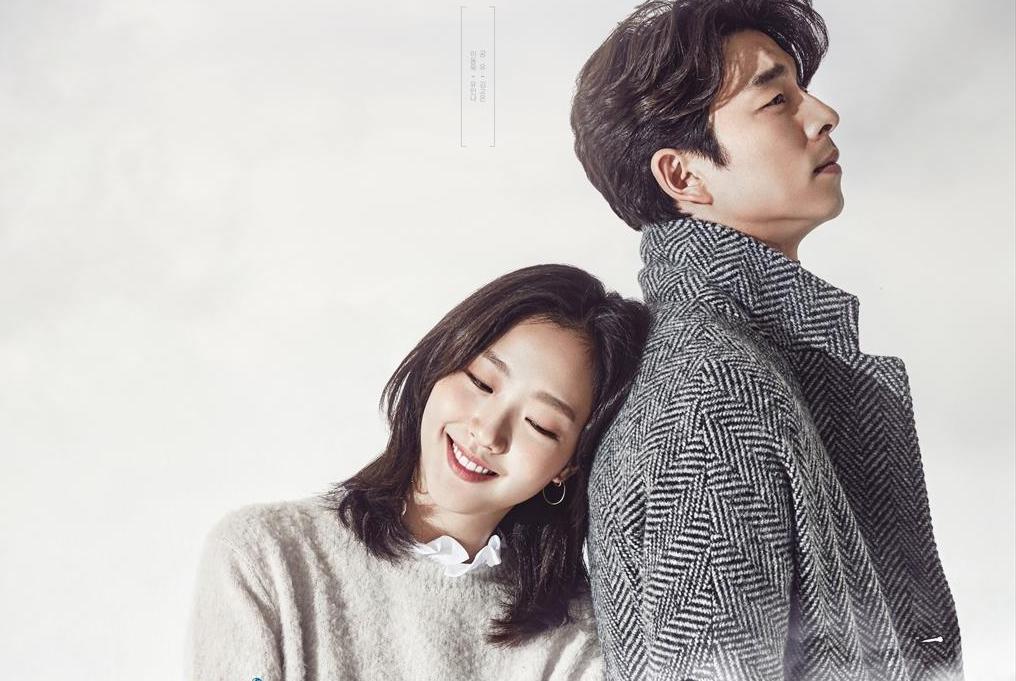 Official poster art for "Guardian: The Lonely and Great God"

When the pandemic hit, my anxiety took me to some very dark places. I feel, now, like I almost completely lost who I was. One of the ways I started coping was by watching television shows with subtitles. I figured if I was reading, then I couldn’t think about my fears.

Confirming what I suspected, my therapist suggested that watching television with subtitles was a good way to calm my anxiety for that exact reason. It’s the healthiest addiction I’ve ever had.

In my limited spare time, I watch many subtitled television programs but my love for Korean drama, in particular, is big. It inspired me to begin studying the Korean Language, which I do at the Korean School of Louisville.

If you’re uninitiated with K-drama, let me help you out. They’re like soap operas but far more sophisticated in their filming and development.

In this list are five K-dramas to get you started and, to keep it local, I’m pairing them with my favorite Korean food from local establishments. It’s perfect to explore during the holiday downtime.

If you are aware of the growing interest in Korean culture and music, know that Korean dramas are a part of this trend and services like Netflix and Amazon Prime are boosting their Korean content. Personally, I know nothing about K-pop other than BTS, but I do know dramas. So here is my gift to you.

This drama centers on Park Sae Ro-Yi (played by soon-to-be Marvel star Park Seo Joon), a young man expelled from school for punching a bully. When the bully later kills Sae ro-yi’s father in a reckless car accident, Sae Ro-Yi attacks the bully and is sentenced to three years in prison. Upon his release, he follows his father’s dream and opens a restaurant in the Itaewon area of Seoul. The area of Itaewon in Seoul has been in the news recently due to the horrific crushing death of over 150 people on Oct. 29. Itaewon is near the U.S. military base and is a popular food and nightlife destination for foreigners and Koreans alike.

Needless to say, Park Sae ro-yi runs into the bully again and the father of the bully who makes his life increasingly difficult. You’ll be mad. You might cry.

Since they will be making so much good food in the show, you’ll want to eat. My suggestion is to grab a quick tteokbokki from Sarang (1908 Eastern Parkway). These chewy rice noodles come in a savory chili sauce, often with vegetables and thinly sliced fish cakes. The chewiness of the noodles will help with the tension you’ll feel watching this drama.

“Guardian” is a drama that no K-drama fan will call by its actual name. Most watchers call it “Goblin” when they are talking about this show. Only on Asian TV streaming service VIKI, “Goblin” centers on the life of a goblin (not the scary monsters of western lore, but a helper and sometimes trickster with supernatural powers). The Goblin (played by Gong Yoo of “Train to Busan” fame) in this drama is looking for his bride so that she can remove a sword that will allow him to die. Only she can do it.

He finds his bride in a young woman who sees spirits and can see the sword in his chest. Despite his quest to die, he becomes emotional about parting from his newfound bride.

This drama is a fun and emotional journey with one of the best onscreen bromances between the Goblin and the Grim Reaper (played by Lee Dong Wook).

Inspired by the wintery scenes in this drama, I’d suggest a large hot bowl of kimchi jjigae from Koreana (5009 Preston Hwy). Kimchi jjigae is a rich, savory stew full of (you guessed it) kimchi, pork, tofu, and onions. If you’re a vegetarian, Kimchi jjigae is easy to make without pork. However you get it, it’s the perfect warming dish for a cold winter watch of “Goblin”

Now for a little more investment in time and emotions…

Basically, “Hospital Playlist” is like a Korean “ER” except the doctors are all college pals in a garage band. The doctors vary in specialties, as well as patient and interpersonal drama. Starring Jo Jung Suk as a general surgeon, guitarist, and singer of the band. It’s a time investment of two seasons (most Korean dramas are one-season stories told in full), and the emotional ride is huge in this one. If you’re a fan of medical dramas, this is one of the best, I think.

One of the things that bring this wild group together is food and like many Korean dramas, the food is its own character added to the story (not by accident) to make you hungry and to promote Korean cuisine. I recommend while watching “Hospital Playlist” that you eat something that will give you a good feeling and comfort for the emotional journey you’re undertaking.

Get an order of mandu, kimbap, and bibimbap from Kum’s Cafe and Arirang (4544 Poplar Level Rd.), a perfect local “IYKYN” spot that serves great Korean food. Mandu is fried dumplings filled with pork or beef and vegetables. Kimbap is similar to sushi but often contains spam or beef and pickled radish (absolutely wonderful). Bibimbap is one of the most popular Korean dishes and one of the most comfort food-level dishes available locally. Bibimbap means mixed rice. It is a dish with a base of rice (sometimes served in a hot stone dolsot) layered with meat, carrots, spinach, bean sprouts, or other vegetables, topped with a fried egg, and served with a spicy gochujang sauce. Pour in the sauce, mix it together, cry with this drama and eat until your soul is satiated. Bonus, Kum’s doubles as a fried chicken spot, so comfort food is an easy find here.

An ensemble cast following the lives and loves of a small fishing town on the island of Jeju. Long relationships, deep resentments, and secrets rule this show. It’s quiet, but a lot of emotions bubble beneath the surface. If you’re a fan of stories about an older group of characters, this is a good bet.

I’ve discovered that I like seaside dramas like this and “Hometown Cha-Cha-Cha.” The picturesque settings, regular-folk feel and the highlighted cuisine is always unique.

The “Our Blues” story surrounds the characters who live and work in the market on Jeju island, relying on the sea for their livelihood.

There is plenty of seafood in the show. A good recommendation during a watch, is to get a few bottles of soju — the national alcohol of South Korea — and either a seafood pancake (haemuljeon), or an order of broiled mackerel at Lee’s Korean Restaurant (1941 Bishop Ln.), one of the oldest Korean establishments in the city. Word of warning: Soju might seem like an easy sip — not too much alcohol and relatively smooth but “soju sleep” is real. It will hit you hard, so for the new-to-soju crew, go easy.

She Was Pretty (Viki)

“She Was Pretty” is on my all-time favorites list, even though I never watch past episode 15 anymore. I have before, and it left me enraged, and heartbroken… but I’ll leave that for you to judge.

This drama is one of the absolute funniest (despite the ugly cry) with an awkward lead in Hwang Jung-Eum and the two leading men in a love triangle with Hwang, (Park Seo-Joon and Choi Siwon). Hwang, who plays the character Kim Hye-Jin, gets hired at a company to work in the administrative department but ends up accidentally drafted into the team of the fictional Most magazine. There she meets Kim Shin Hyuk, a writer played by Choi Siwon, and Deputy Editor, Ji Sung Joon played by Park Seo-Joon.

Hwang’s Kim Hye-Jin has a past with Ji Sung Joon and when she is confronted with the chance to reconnect with her old friend, she uses her friend, Min Ha-Ri, as a stand-in. Things get complicated when she realizes that she works with her old friend even though he doesn’t recognize her because puberty has changed her formerly “beautiful” looks into a quirky mass of curls and rosy cheeks.

When I watch this drama, I want a couple of things. Ramyun (Ramen) and squeezy ice creams. You don’t need to hit a Korean restaurant for these, but a trip to Choi’s Asian Food Market (607 Lyndon Ln.) will get you everything for the perfect bowl of noodles (they have tons of options) and plenty of ice cream choices in the freezer.

If these dramas get you hooked, here are a few bonus ones: Kingdom, The Crowned Clown, Crash Landing on You, My Liberation Notes, and It’s Okay Not To Be Okay. All are on Netflix.

K-Drama is a deep hole but a fun and delicious one — perfect if you’re fighting the seasonal blues.

Editor’s Note: We’re off on vacation but we left you with some of our favorite things… a lot like Oprah, only you get to spend your own money.