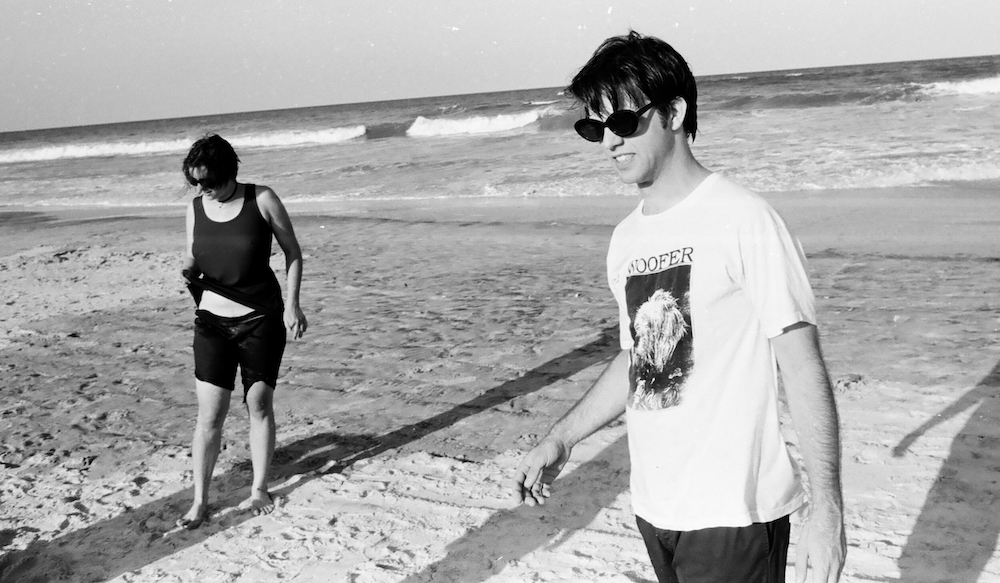 The ’90s were a fertile time for the Louisville indie scene, spawning amazing work including Rodan, which formally introduced the world to the incomparable talent of multi-instrumentalist Tara Jane O’Neil. After Rodan ended, O’Neil went on to a prolific career as an artist and musician that included collaborations with dance troupes, performing with and in bands like Retsin and Naysayer, and a host of solo albums. And quietly in that mix was the band The Sonora Pine, which started during her time in NYC and initially featured ex-Lungfish guitarist Sean Meadows.

Perhaps O’Neil’s most criminally-underrated project, the second, self-titled Sonora Pine record was recently re-released by the Quarterstick and HuskyPants labels respectively. Recorded by drummer Kevin Coultas, The Sonora Pine II — orginally released in 1997 — is all subtlety and exploration, delicate guitar melodies and gentle violin passages that recalls bands like Low or Red House Painters as filtered through the dreamy haze of Mazzy Star or shoegaze. You can pick up the remaster of  The Sonora Pine II on vinyl via Bandcamp — or stream it where things stream. We caught up with O’Neil to ask about her musical legacy, the Louisville sound and the trouble with genre labels.

LEO: Were you shooting for something to set yourself apart from Rodan or was that even part of the conversation?
Tara Jane O’Neil: I feel like I did that sort of exercise with the Retsin band that I had with Cynthia (Nelson) which was kind of like singer-songwritery. Like, for a while we called ourselves the Retsin Goodtimes Band, which felt more like a reactivity really to where I’d been at before. The Sonora Pine felt more — and this is just broadly speaking — there are some Retsin songs that I still think were coming from a genuine place and were successful in that and sound pretty good.

For The Sonora Pine, especially the second album (except for that last piece), I wrote everything and I’m playing both guitars and bass on there, so it’s a more heavily arranged thing and was a more deliberate endeavor.

How did Sonora Pine write?
There is very little, and I’ve talked to Samara about this, there is very little I remember about how we made the second record. When we were putting together the reissue, there is a man from Louisville, Patrick Klem, who had a bunch of live recordings. I was listening through some of that and the year before I’d been on tour for all of ‘96 with Come and Sonora Pine — I was a bit of a road dog then, but I was writing on the road I guess, because there are songs from the second album that we were already playing and playing well. So I don’t know how that happened.

For the second album, kind of like my early-solo albums, I had a little handheld cassette player, and I had the parts that I’d written, and I’d just write parts over that. Kevin [Coultas] is such a lyrical drummer. He’s got chops, but his playing on it is such a huge part of the arrangement. I don’t remember practicing with him, but we were on tour a lot like I said. You can hear it in “Linda Jo” — he (Coultas) did all the writing and playing on that song. He’s an arranger with a drum kit.

He’s good too because that song is incredibly cohesive with everything else.
Totally, that’s the interesting thing about the band as I heard on those tapes, it was different than Rodan. All we did was hang out and play these parts over and over. I can’t even imagine doing that now; literally, it was every day for hours, whereas for The Sonora Pine, Kevin was writing that song and I was writing my own in the writer’s isolation that one needs. I don’t know how the second album came together.

On All Music, I read, “most critics placed the Sonora Pine’s music in between the orchestrated sensibility of Rachel’s and the angular math rock of Rodan and June of 44.” What do you think about that?
That’s like the easiest possible thing for that person to write. It’s like, you were in a band with three songwriters and they were going to make one continuum where like there’s classical and then there’s angularity and they’re just gonna fit right in the middle. It’s not totally untrue, but I think this is another reason why this record was lost on a lot of people because there is no wonder about it or exploration there.

How does it feel to you that a few of your projects have been revisited lately? Is it weird that people are focused on the past, or is it flattering?
I think I had a bad attitude about that stuff when it was a lot closer, like 1998 maybe. But, no, now it’s nice. I mean, especially this Sonora Pine thing because I do feel like this record never got its due and I do recall feeling disappointed by that at the time. So to have a musician like Riley Walker, who’s a badass on his own, just write me out of the blue, while I was on Frankfort Avenue passing the North End Cafe [where the album was recorded], reach out to say this Sonora Pine album was like his ‘Dark Side of the Moon and I’d like to re-release it,’ and I was like, ‘Wow, that’s so weird.’

There is certainly flattery in all the work he put into it. That’s nice to know because my 24-year-old self, I feel like I still have access to, and it’s nice to shine a light on that person a little bit and just be like, ‘This is cool, and your efforts are not in vain.’ The fact that a few individuals are moved by this record, that’s the best. We’re not doing a reunion tour or all of that stuff. It’s super flattering. In this case, it feels almost like a vindication and I’m really grateful. •