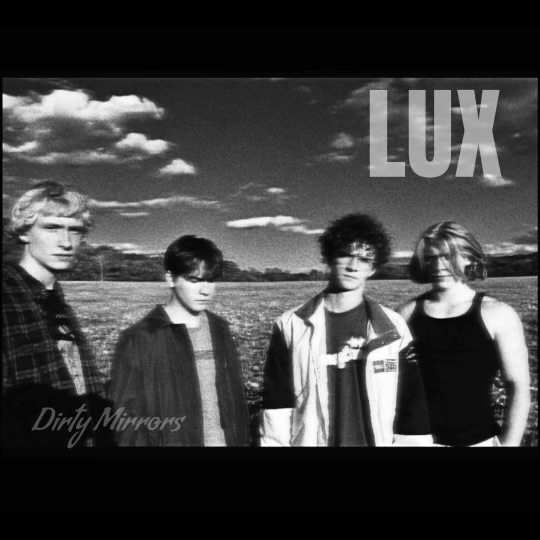 Young Romantics
“Fast Dancing in a Freezing Room” [single]
Let’s get the Red Hot Chili Peppers comparison out of the way right off the bat. Yes, Young Romantics vocalist (and Louisville native) Griffin Fletcher looks just like a young Anthony Kiedis. God knows how many times he’s heard that, but the resemblance is uncanny. He also seems to channel the RHCP vocalist’s spirit and energy into his own vocal performance and apparently into their live shows, judging from the music video for this track. But it can also be said that Bowling Green’s Young Romantics’ latest track “Fast Dancing in a Freezing Room” — the first single from their upcoming full-length (as yet, unnamed) album to be released in December — sounds like a song that could have been a big hit for Californication-era RHCP. On the surface this is an alt-rock tune, but there is a whole lot more at work here. The R&B, funk and soul influence is unmistakable in this extremely catchy groove-driven, hook-laden song. Perhaps a comparison to Lexington’s MojoThunder is even a bit more accurate here, in vibe at least anyway. Whatever the case, whether you’re dancing, toe-tapping or head-nodding along, this isn’t a song that is going to leave many people standing still.
LISTEN: youngromanticss.com

LUX
Dirty Mirrors [EP]
I hate to admit that I’ve gotten cynical with age and am guilty of trying to judge a book by its cover, but I took one look at the band photo cover of LUX’s debut 3-song EP Dirty Mirrors, saw four guys who look to be in their late teens/early 20s and thought, “What are these kids really going to have to offer?” Eleven minutes later I was busy trying to pick my jaw up off the floor. I am honestly stunned! By combining shoegaze, grunge, indie rock and post-hardcore, LUX has succeeded in creating a hauntingly beautiful, dream-like soundscape that somehow seamlessly blends melancholic vocals and melodies with frantic, high-energy guitar and drums simultaneously. Elements of The Bends-era Radiohead, My Morning Jacket, Slint, early Jane’s Addiction, Cocteau Twins and We Were Promised Jetpacks are here. There is a wealth of talent in both musicianship and songwriting skills that is far beyond the band’s years. LUX is at an incredible level right out of the gate, and the sky is the limit. One of the best records I’ve heard all year, local or otherwise!
LISTEN: linktr.ee/luxband

Radianation
Project 2022 [LP]
When New Albany native Andrew N. Aebersold says his one-man band Radianation is a lifelong music project, he means it. Now in his third decade of making music under the moniker, Aebersold has released his most ambitious album to date, Project 2022. After taking an extended break from music — 2005’s Karmony being his last release — he began writing and recording again in late 2021. Although still maintaining some influences of his previous releases, Project 2022 sees Aebersold moving away from the electronica and house music of his past and into an original alternative rock sound that falls somewhere between Depeche Mode, Nine Inch Nails and Radiohead, with a tinge of modern pop punk. Using a mixture of guitars (both electric and acoustic), drums, synthesizers, pianos and traditional orchestral instruments, Aebersold showcases his knack for creating larger-than-life, cinematic, epic songs. Each of the 12 tracks that makes up this album takes on a life of its own, yet they all flow together perfectly to take the listener on a journey through dark, melancholic lows and beautiful, bright highs, making Project 2022 well worth the 17-year wait.
LISTEN: radianation.com

Drift City
Deep Reverse [LP]
Dwelling somewhere between dream-pop, shoegaze, alt-rock, alt-country, psychedelic pop and smooth jazz, Louisville’s Drift City has certainly carved a niche. Led by core member Jason Rivers (vocals, guitar, synth), and backed by a veritable who’s-who of Louisville musicians — Dave Givan, Billy Lease, Nick Layman, Brian Shreck and an impressive list of guest musicians — Deep Reverse is a 10-song journey into the sublime, refining the already near-perfect sound of the band’s 2020’s debut Mercurial Mirrors. One can certainly hear elements of Roxy Music, Radiohead, The Cure, Sparklehorse and even Sade. With the distinctive warble of Rivers’ rich vocals leading the way, the songwriting and musicianship here are absolutely superb. And the production is flawless, with every instrument given just the right amount of pop and blended together seamlessly without anything overbearing. This is one of those records you can put on and just sink into the music for the 41-minute runtime. They’ve also recently released a music video produced and directed by Scott Carney (of Wax Fang fame) for the album’s closing track “Terrible Sun.” Drift City is, without a doubt, a band you need to put on your radar immediately.
LISTEN: driftcityband.com