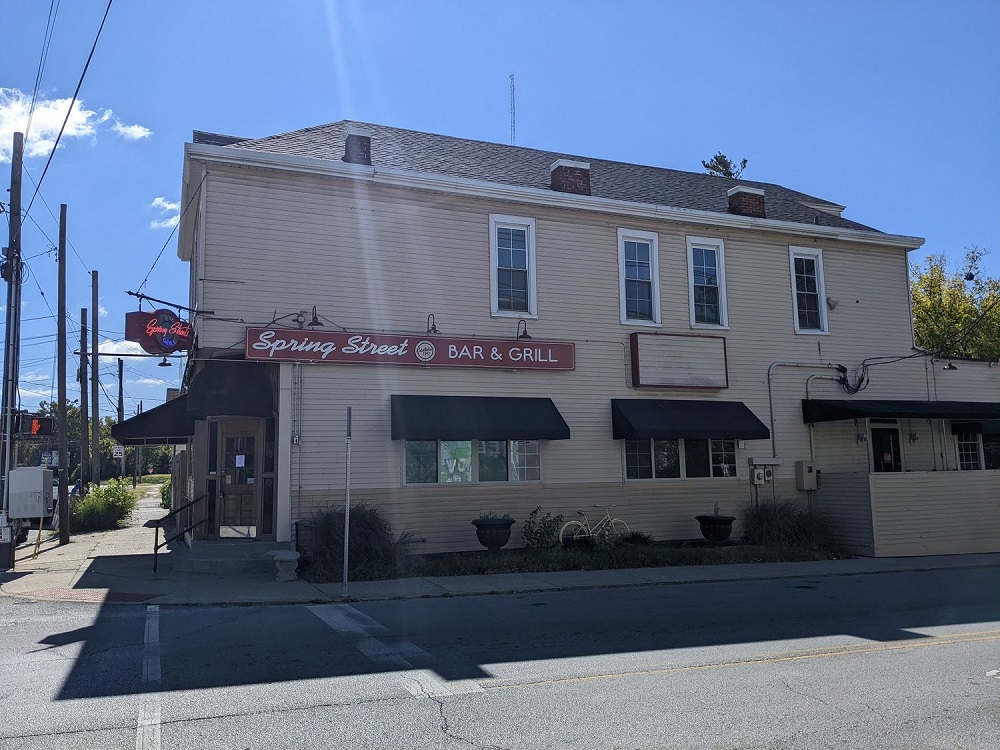 Chef and co-owner Roger Romine said the bar and eatery will be open Monday, Oct. 3, for Monday Night Football viewing, will close Tuesday and Wednesday, and will reopen for good on Thursday, adding that while weekday hours will be limited at first, the plan is ultimately to be open seven days a week.

Former patrons will be pleased to know that inside the place still looks much like it always did, with the one major difference being the absence of the huge collection of antiques and curiosities that once was Spring Street’s signature. The new version basically takes the form of an understated sports bar and neighborhood watering hole. The original bar back remains, the hardwood flooring is the same, the layout is the same. The back room looks ready to handle big groups on game days and the pool tables remain.

One notable difference is a service window cut into the kitchen for food service. Another is a collection of more, newer and bigger flat-screen TVs.

Also, the menu will be greatly reduced from the one regulars will remember, which had multiple appetizers and sandwiches. Romine said the final menu won’t expand much from the soft-open menu, which features the classic Spring Street wings ($13) in mild or hot Buffalo flavor, as well as BBQ and Korean-style. He did say he plans to add a couple of dessert items.

Spring Street Bar & Grill opened in 1987 and remained open until Covid-19 forced its closure. An ownership group including Romine and Dennie Humphrey bought the business earlier this year.