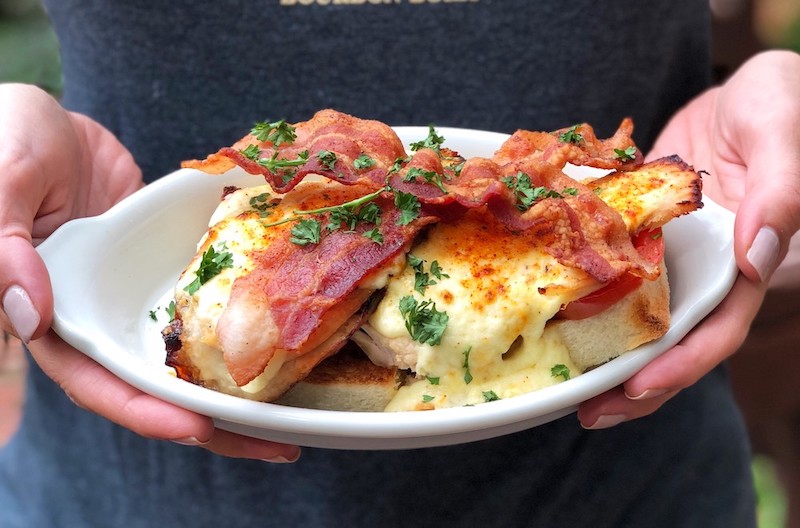 Hot Brown Week will feature special $10-$12 deals on the iconic Louisville sandwich, which was first created at the Brown Hotel in the 1920s. The dish is a hot open-faced sandwich on Texas toast with turkey, Mornay sauce, bacon and tomatoes.

In a statement, Louisville Tourism director of marketing Michael Fetter said, “The Hot Brown story and dish is iconic in Louisville and deserves this dedicated week to showcase the city’s culinary talents — giving visitors and locals an extra reason to dine out and experience Louisville’s unique, independent restaurant scene.”

Although Hot Brown Week officially starts on a Monday, it will technically kick off from 1-5 p.m. on Sunday, Oct. 23, at Waterfront Park, with Hot Brown Showdown, a tasting/cookoff event. Tickets are $30 online or $40 at the door, and musical accompaniment will be none other than Hot Brown Smackdown, a local newgrass group.

Diners who download the official Hot Brown Week app and check in at four or more participating venues will earn points: 150 points gets a t-shirt that says “Get Down with The Hot Brown”; 250 points earns a chance at $250 worth of gift cards. The diner who also racks up the most total points by the end of the week, according to the app’s website, “will be declared the Biggest Hot Brown Lover of Louisville” and will win $250 in gift cards.