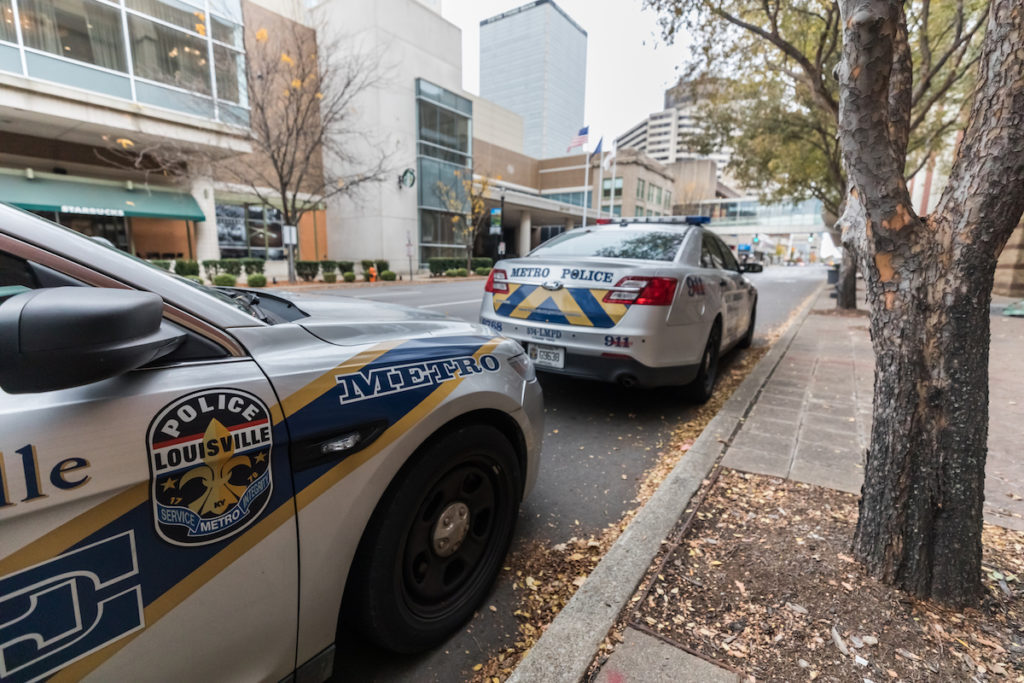 A former Louisville Metro Police Department officer used law enforcement technology as part of a scheme that involved hacking the Snapchat accounts of young women and using sexually explicit photos and videos they had taken to extort them, federal prosecutors said in court documents filed on Tuesday.

According to a sentencing memorandum, Bryan Wilson used his law enforcement access to Accurint, a powerful data-combing software used by police departments to assist in investigations, to obtain information about potential victims. He would then share that information with a hacker, who would hack into private Snapchat accounts to obtain sexually explicit photos and videos.

In June, the DOJ announced that Wilson, 36 at the time, had pleaded guilty to a cyberstalking charge as well as to a charge related to what LMPD has called “Slushygate,” a series of incidents in which Wilson and other officers assaulted pedestrians by throwing beverages out of unmarked patrol vehicles, sometimes filming their exploits.

According to prosecutors, the FBI determined that Wilson was involved in the hacking of 25 accounts and made contact with eight women. While Wilson said another person did the hacking, no hacker is named in federal court documents seen by LEO Weekly.

“I’m curious which picture you’d prefer me to use as the focal point of a collage im making,” Wilson texted one victim alongside photos of her he’d obtained, according to court records.

“You cool with me posting em?” he followed up. “Im telling you, everyone will LOVE them!”

According to the sentencing memorandum, Wilson went ahead and posted some of the women’s photos and videos online and “bragged about his exploits.” Prosecutors wrote he “provided others with his Kik [a messaging app] contact information so they could identify additional potential victims for him to hack, and when the hack was successful Wilson would share the stolen photographs and videos with them.”

Accurint, a product of data brokerage firm LexisNexis Risk Solutions, is advertised to law enforcement agencies as a tool that can quicken investigations and “discover non-obvious connections between people that might not otherwise be known.” Combining databases of public and non-public information, Accurint can provide detailed information about a person, including their phone numbers, relatives and associates, employers and social media profiles associated with their email account.

Federal prosecutors wrote that during text exchanges attempting to extort women, Wilson called the victims “sluts,” “whores” and “bitches.” This, combined with the extortion and the publishing of sexually explicit material online “caused his victims untold psychological trauma,” prosecutors wrote.

At least one of the victims had their sexually explicit photos and videos sent to their employer, which prosecutors said “almost resulted in her termination.”

Prosecutors recommended that Wilson receive “a sentence at the lowest end of the applicable sentencing guidelines” as a result of his guilty plea to both the “Slushygate” charge and the cyberstalking charge.

Former LMPD officer Curt Flynn, who also pleaded guilty in “Slushygate,” has been recommended to receive three years of probation with a condition that he work in community service.

Both men are scheduled to be sentenced on Oct. 19.