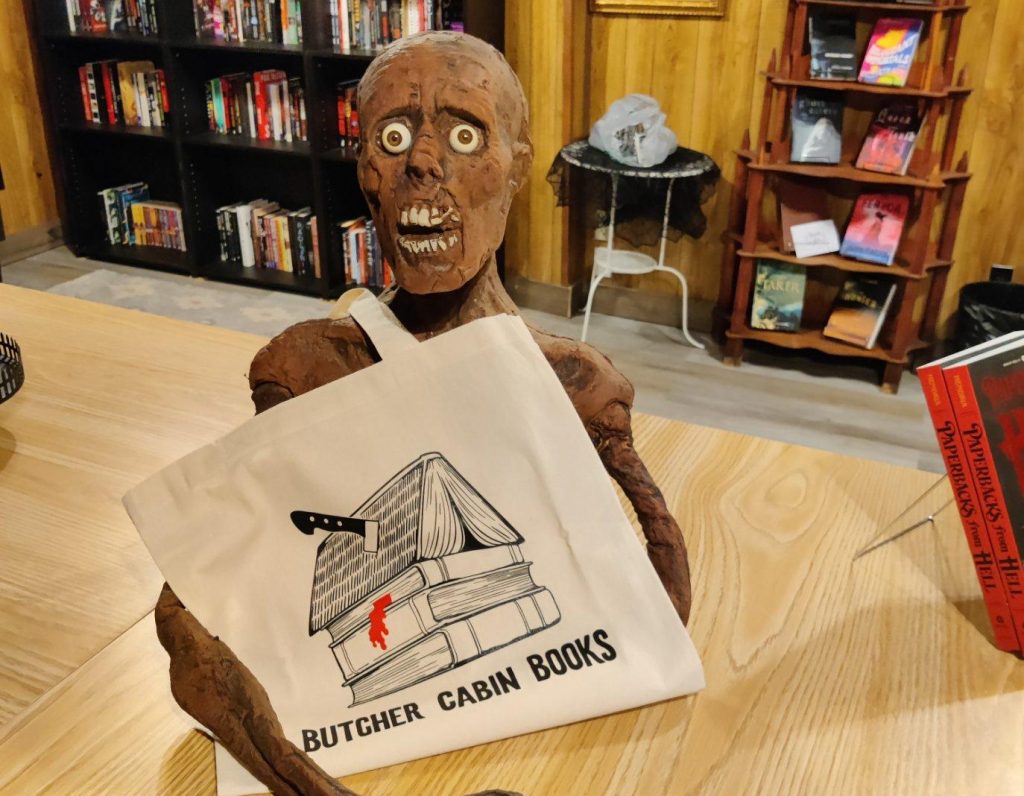 Butcher Cabin Books, Louisville’s first Independent Horror bookstore, opened at their 990 Barret Avenue location on Saturday, October 15, to a line of people wrapped around the block. Throughout the weekend, owner Jenny Kiefer documented the events and the aftermath.

By the end of their opening day, supplies were running low and with a large crowd showing up again on Sunday, October 16, their shelves were left nearly bare.

This is the state of our shelves after this weekend. We are so thankful and grateful for everyone who showed up and those who supported us from afar. 🖤 pic.twitter.com/mb7vKZUK1P

LEO asked Butcher Cabin Books’ owner Jenny Kiefer about the weekend and, needless to say, they were taken by surprise and think it’s important to note how integral the genre of horror is to readers.

LEO: Congratulations on the opening.

Jenny Kiefer: The opening support was greater than we imagined. There was a line around the block. A friend waited over an hour in line to get in and we had to stagger people in and out for over three hours. I think there was maybe a five minute span where the store had no people in it around 5pm. Most of our new stock is sold and we’ve started to place reorders, so hopefully that stock ships to us quickly! We are working to do what we can to get books back on the shelves.

What makes Butcher Cabin so important to Indie horror fans?

I think the horror community is one that is welcoming and supportive. And they want it to grow. There’s lots of interesting releases coming out of small presses that don’t get shelf space in big stores or even sometimes general indie stores.

There’s only so much shelf space to be had, and I get that. But that’s why we’re here. To try to give shelf space to those indie voices that are putting out lots of amazing books.

What else do you have planned?

We also want to be home to unique events with authors and creators. Readings of course, but also live podcast recordings, horror music performances, film screenings (if we can partner with somewhere to host it), and more. We’re always open to new ideas and collaborations.