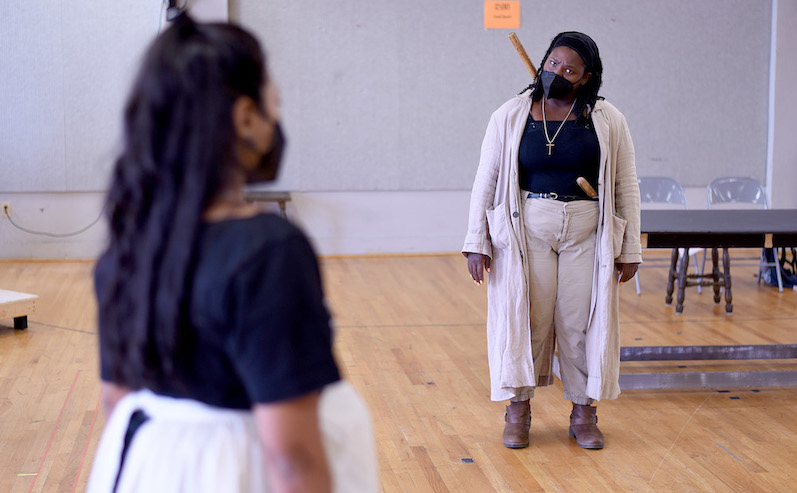 Halloween might still be close to two months away, but Actors Theatre’s annual production of “Dracula” starts next week.

But this isn’t the Dracula you’ve seen at Actors before — this year, the production reimagines Bram Stoker’s novel into a “feminist revenge fantasy.”

According to a press release, playwright Kate Hamill has rewritten the show as “a full-throated battle cry against toxic masculinity. No damsels in distress, no romanticized villains — just a gleeful stake through the heart of the patriarchy.”

Her adaptation first premiered in New York City in January 2020.

The press release also says that the show “reflect[s] the terrors of the world back at us and challenge[s] us to overcome them.”

Dr. Van Helsing, for example (who, in the original novel, is an older Dutch man), is now a female character from America who “takes no crap from anybody. She is badass — and 19th century men do not, as a rule, appreciate it.” The asylum patient and Dracula acolyte Renfield — played by Hamill herself in the original production — becomes a “madwoman” who “believes that if she can earn his approval, she will be free.” A New York Times review describes the asylum doctor, Dr. Seward, as “a Victorian #NotAllMen type.”

Tickets start at $25, and you can buy them at this link.

Actors Theatre will require all patrons to wear face masks during this production.