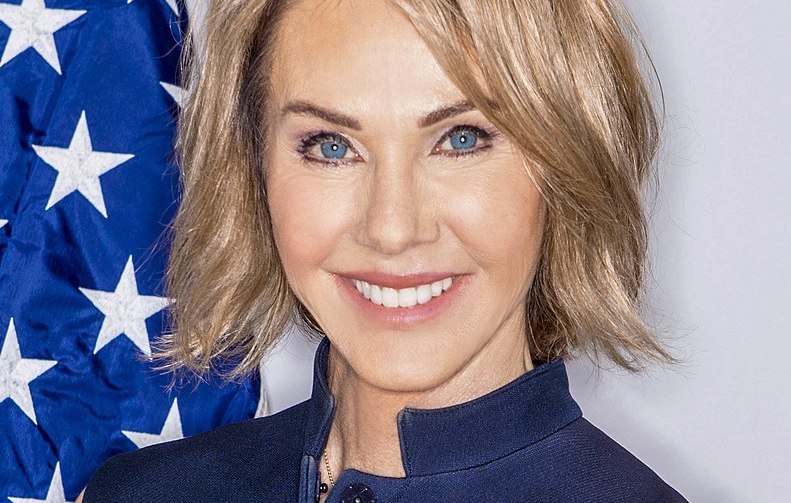 There’s been another major splash on the already-packed Republican campaign trail to be Kentucky’s next governor, as former United Nations ambassador Kelly Craft announced today that she’s entered the 2023 race.

Craft — a businesswoman originally from Glasgow, Kentucky — served in Donald Trump’s administration as the U.S. ambassador to Canada from 2017-19 and then as the U.S. ambassador to the United Nations from 2019-21. Craft, along with her coal executive husband, Joe Craft, have donated millions to Republican candidates over the years, but this will be her first bid for elected office.

In a letter and video released on her campaign website on Wednesday, Craft leaned into her small-town roots, family, faith and circled around the edges of political hot-button issues.

“There are tough decisions being made every day around kitchen tables in Kentucky. We’re in rough times and people need help. Our state has been battered by storms,” the letter on the page said. “Our national politics are strained and angry. You’ve heard promises before. Sweet words then no action. The language of politics has been abused and misused. Which makes it so difficult to try and make an honest connection. I will seek to repair the connection between the people and their leadership, to give back to Kentucky a core of honesty and compassion.”

Trump has already endorsed Cameron. The attorney general was quick to remind Kentuckians of that after Craft’s announcement, sharing a TV campaign ad on Twitter on Wednesday morning that declared, “Only one candidate for governor has been endorsed by President Trump. Only one candidate stopped abortion in Kentucky. Daniel Cameron.”

Democrats were also quick to go on the attack against Craft on Wednesday, with Kentucky Democratic Party Chair Colmon Eldridge portraying Craft as an out-of-stater with poor work ethic.

“Kentuckians want a governor who lives here, will actually work for us and who won’t give us another four years of Matt Bevin,” said Eldridge in the statement. “Kelly Craft bought the only public offices she’s ever had — and then didn’t show up for work.”

Gov. Andy Beshear has received praise for the way he has handled a series of disasters since being elected, including the COVID crisis, the deadly December 2021 tornado in Western Kentucky and the recent severe flooding damage in Eastern Kentucky.

In April, Morning Consult released a poll that said he was the most popular Democratic Governor in the United States.