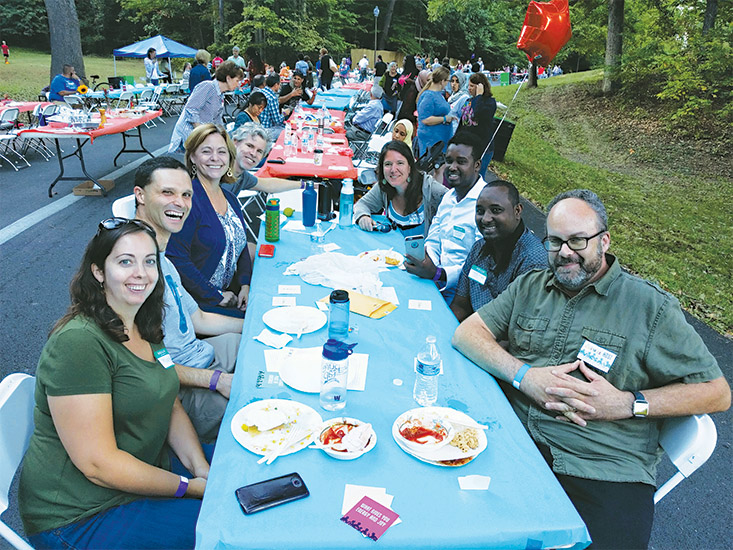 Organizers of The Big Table are hoping to set a new Guinness World Record for the World’s Largest Potluck at Iroquois Park on Sept. 11.

The current record is held by a group in India, but Big Table organizers said this event is also aimed at fostering post-pandemic socialization.

“Its purpose is to build greater community connections,” said Jud Hendrix, co-creator of The Big Table and executive director of Interfaith Paths to Peace. “We hope The Big Table will spur a variety of other creative events, like civic dinners and talking circles that face issues head-on, to weave in the fabric of our community.”

Residents who can play an instrument are also invited to bring their instrument and join in a post-dinner global music jam. Pick-up music venues will be arranged along the event area.

Mayor Greg Fischer said in a statement that the event showcases Louisville’s compassionate and welcoming side.

“Louisville is a welcoming city and a compassionate city, and we are excited to continue The Big Table tradition by coming together and celebrate inclusion and diversity,” said Mayor Fischer. “Whether you grew up in Germany or Germantown, Pakistan or Parkland, India or Iroquois Park, you’re a part of one community, and The Big Table has a place for you.”