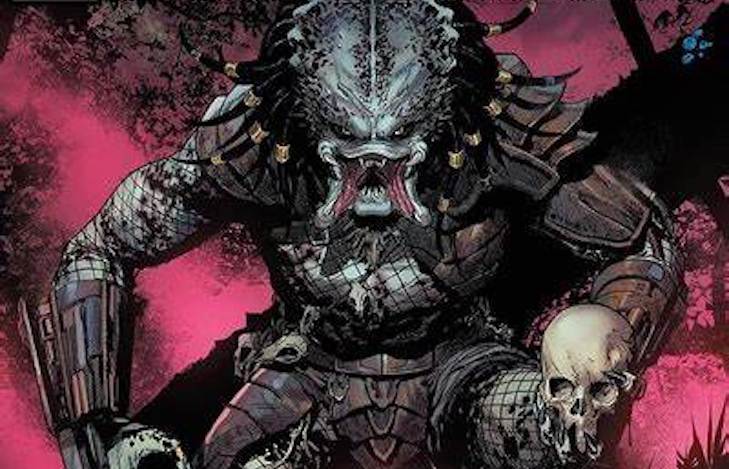 It’s the year 2056 and humans have made many technological advances, but they’re still “vulnerable prey.” So opens Marvel’s “Predator” #1. Within a couple pages, we watch a young girl named Theta’s parents taken down by, you guessed it, a Predator! Flash forward, and Theta has become as tough as Arnold Schwarzenegger and is hunting predators all over the galaxy, searching for the one who literally killed her childhood. Unfortunately, on some planets, her fights with predators make her unwelcome by the beings she’s trying to save, and she has to make a quick getaway. Her last, best friend is her ship’s computer, Sandy.

When Sandy tells Theta she’s low on food and that the ship is in need of repair, Theta tries to put her off, but Sandy is adamant. Now, not only is Theta on a quest for revenge against the predators, but now she has to save herself and her ship and Sandy, her last link to her happy young life.

The “Alien” series that Marvel has done has been excellent, and hopefully, with beautiful art by Kev Walker on this six-issue story by Ed Brisson, this update to the Predator legend will be just as satisfying. 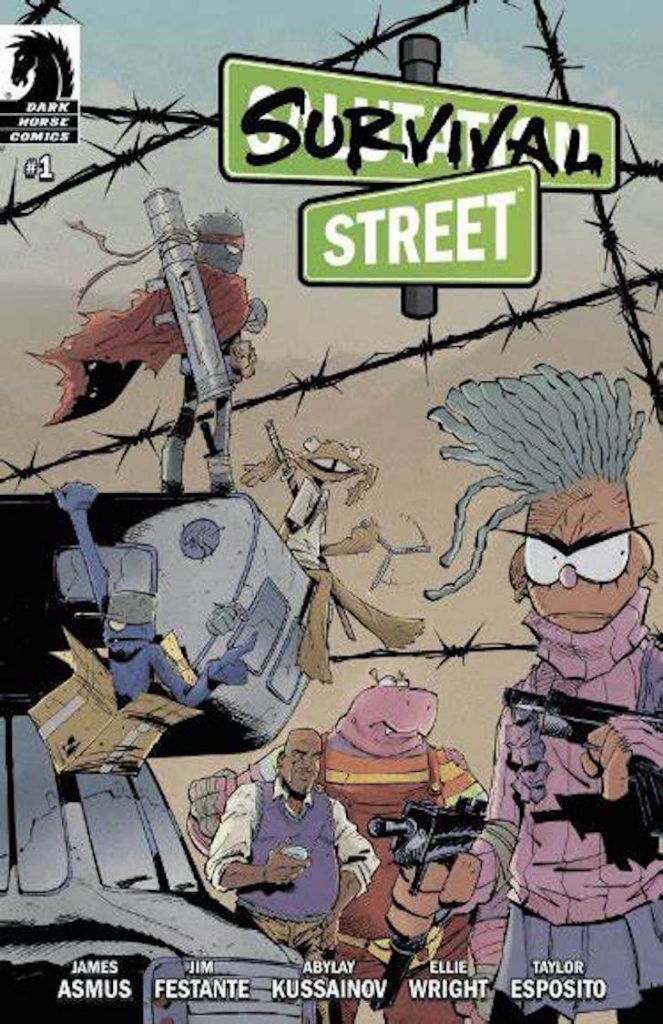 Remember how that movie “Idiocracy” was funny until it wasn’t? How, sadly, art sometimes just predicts reality? Well, that’s sort of how “Survival Street” feels. A parody of “Sesame Street” and children’s programming, this story is not as fun as expected. The book starts with a timeline of America in which the Supreme Court decides that not only can corporations have freedom of speech and the right to ensure the politicians they’ve bought will win elections, but that they can actually run in and win those elections. Of course, we know they would win, and that, once elected, big business would do nothing that would cause profits to suffer for any reason.

Enter “Survival Street.” Elected corporations decide that all those kid shows, with all their touchy-feely goodness and learning crap are just taking up space on super valuable media that could be used to make more money. Florida is now sponsored by Porn Hut. When we move to the action of the story, we see an RV is stopped and told the road is now owned by a new company, and, in order to drive on, they must pay local wireless fees, road maintenance fees, utility surcharges and law enforcement superfund contributions. But what the enforcers don’t know is, this RV is full of puppets who’ve all lost their jobs, and they are pissed! Will cute and cuddly characters and their human friend Mr. Burton be able to take back the country and the souls of its people with extreme violence and good planning? We’ll see!