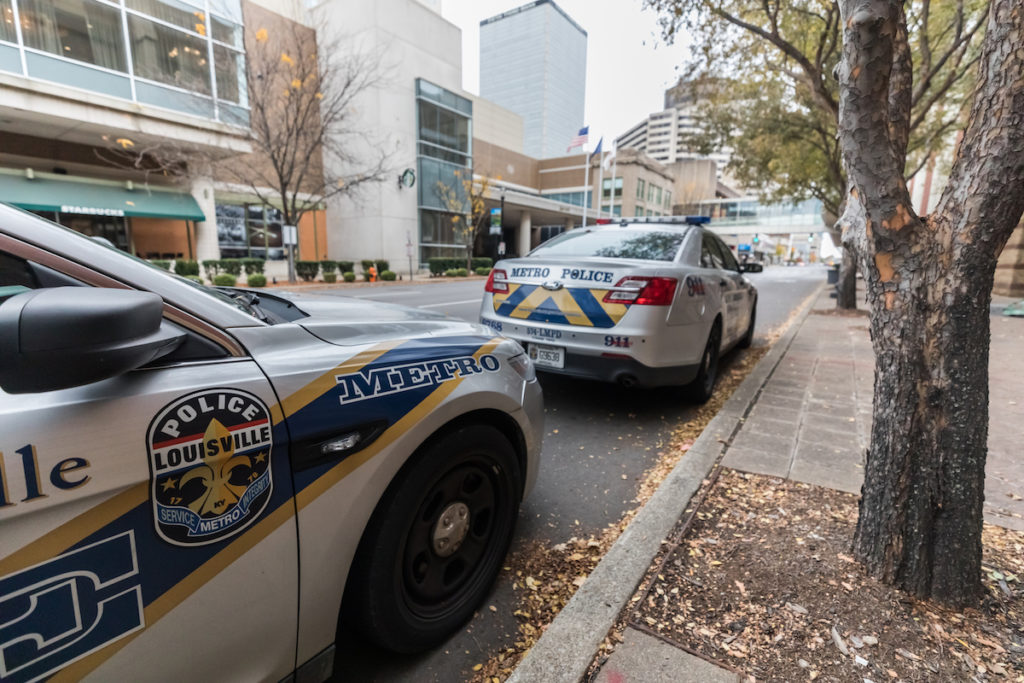 As part of a plea agreement, federal prosecutors will recommend that one of two former Louisville police officers who repeatedly threw beverages at pedestrians while driving unmarked police vehicles avoid prison time and receive a sentence of three years probation.

Prosecutors will recommend that a second former LMPD officer, who also plead guilty to hacking and subsequently extorting six women in 2020, receive “imprisonment at the lowest end” of the applicable guidelines.

The plea deals for former LMPD officers Curt Flynn and Bryan Wilson were unsealed in federal court on Thursday and obtained by LEO Weekly on Friday.

The Department of Justice announced that Flynn and Wilson had pleaded guilty to federal charges on June 21, but details were limited to a press release as the case remained sealed until now.

Prosecutors say that over the course of 2018 and 2019, Flynn and Wilson, while wearing clothing that identified them as LMPD officers and while driving unmarked police vehicles, would frequently purchase “large beverages from local gas stations and other establishments” before driving around and finding a pedestrian to throw them at. The pair would film their exploits and share the videos with other members of the now-disbanded Ninth Mobile Unit. Before assaulting civilians, prosecutors say Flynn and Wilson would go on police radio and say things like “someone was thirsty” or “thirsty fam.”

Court documents suggest more LMPD officers were involved, saying that Wilson, Flynn “and others known and unknown” would identify targets for the pair. The plea deals also mentioned that others “known and unknown” were sometimes driving the vehicle during the assaults.

Wilson was additionally charged with hacking computer applications of six women over the course of September and October 2020 and extracting compromising photographs. He would then contact the women via text message and threaten to publish the photos if they did not provide him with more.

According to a statement put out by LMPD Chief Erika Shields when the pleas were announced on June 21, Wilson left the department in July of 2020 due to a criminal investigation that was unrelated to the targeting of civilians with thrown drinks. Shields, who described the officers’ actions as “sickening” and “reprehensible,” said Flynn resigned from LMPD immediately when news of the plea was made public.

Shields added that LMPD would investigate the drink throwing incidents further to determine what level of involvement or knowledge other LMPD officers may have had about them.

Flynn and Wilson are slated to be sentenced on Sept. 30.