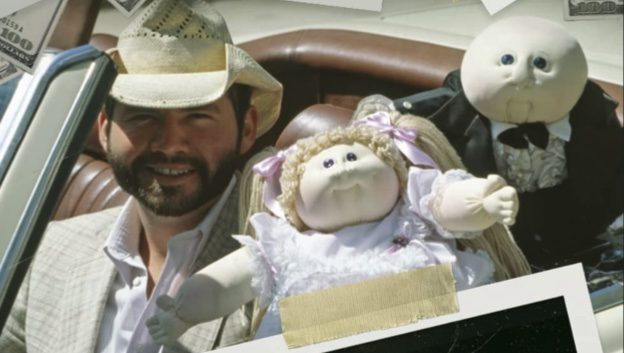 A detail of the promo art for "Billion Dollar Babies: The True Story of the Cabbage Patch Kids."

The Flyover Film Festival will return for its 12th year at the Speed Cinema from July 28-31.

The festival announced the lineup in a press release on Friday. All of the movies featured in the festival have ties to Kentucky.

In a statement, Louisville Film Society board chair Stu Pollard said, “We are thrilled that Flyover is back. It’s an honor to partner with Speed, as Dean Otto and his team will showcase all the films we’ve selected in the best possible environment. With all the enthusiasm around film production in Kentucky right now, this is an exciting time to champion films with local ties. We hope this year’s lineup inspires all who attend and sets the stage for more locally produced work to be screened at Flyover.”

Tickets will be $8 for Speed and Louisville Film Society members and $12 for general admission.

Here are the main films with descriptions from the press release. Each of these will also include a Q&A with the filmmakers after its screening.

The lineup also includes a new Shorts Program, which will play on July 30 at 2 p.m. The shorts will include Jeremy Frindel’s “The Beat of the Heart,” Shane Devon’s “The UFO Girl,” Gary Leo Miller’s “Flobic” and Noah Griffin’s “The Silence Between.”

It’ll also include “the Secret Screening of a work-in-progress film” as well as two panels: one about narrative filmmaking on Saturday morning and one with documentary filmmakers on Sunday morning. Both panels will be free to the public.

You can find the full schedule here.