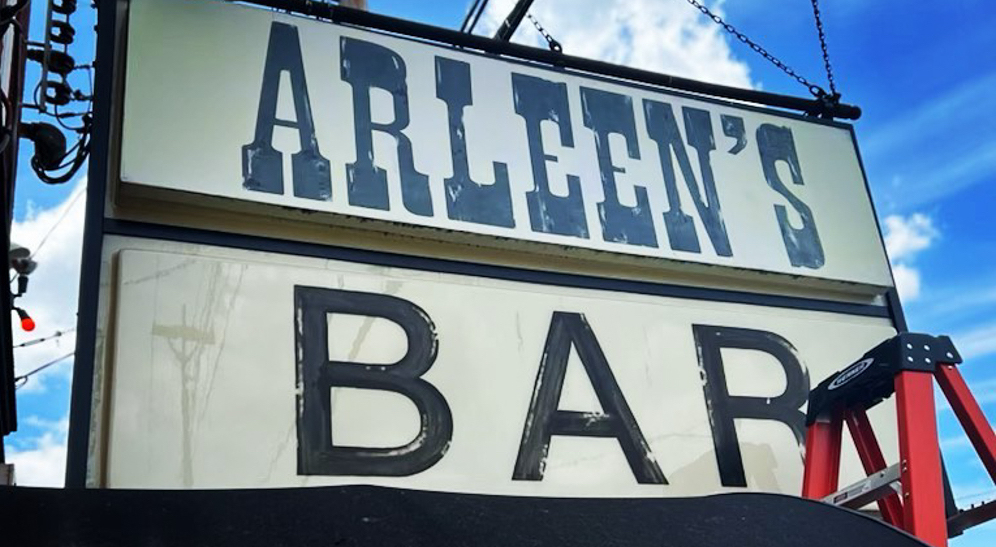 The sign in front of High Horse, which was changed for the film. | Photo provided.

If you recently saw that the sign at High Horse Bar said “Arleen’s Bar,” you may have wondered if the business was going through an unannounced rebranding.

Technically, it was, but only temporarily: High Horse became “Arleen’s” for a day for the filming of a new movie, “The Starling Girl,” which is set in Kentucky. A scene in the film features the exterior of High Horse Bar and the interior of Air Devils Inn.

Even better, the star of that scene is someone that fans of “It’s Always Sunny in Philadelphia” will recognize.

The Starling Girl is about a teenager, Jem Starling (played by Eliza Scanlen of “Sharp Objects” and “Little Women”), who lives in a conservative Christian community. She becomes romantically involved with her married youth pastor, played by Lewis Pullman (“Top Gun: Maverick,” “Catch-22.”)

In doing so, according to the official synopsis, Jem “begins a double life as she continues to fulfill her duties in her community. But soon the pressures of Jem’s desires, guilt and jealousies threaten to expose everything, jeopardizing her place in her family and the only world she’s ever known.”

Jem’s father, Paul, is played by Jimmi Simpson, whom you may know from his TV roles, including William on “Westworld,” Mary Lightly on “Psych,” Gavin Orsay on “House of Cards,” and, of course, the comically creepy Liam McPoyle on “It’s Always Sunny in Philadelphia.”

Above-the-line assistant Sarah Mather, who served as a production assistant to producer Kara Durrett, told LEO that Simpson’s character has a sizable subplot, which has to do with his difficulties in leaving and returning to a tight-knit community.

Jem visits Arleen’s Bar, where Paul used to play music,  to learn about her father’s past and understand his journey away from the community, an “alternate life that she could lead.”

Mather said that Jem and Paul have a mutual understanding that “even though they’re part of this community [and] it can be devoutly religious, maybe they have a shared questioning and lingering need to exist outside of the community as well.”

Mather was part of the team that scouted and selected Air Devils as a location in late April, although the movie only added High Horse in the last few weeks because they preferred its exterior for the movie’s “look.” Filming began on May 16 and wrapped last Friday with a party at High Horse.

The production team hopes that the movie will premiere at film festivals in the spring of 2023.