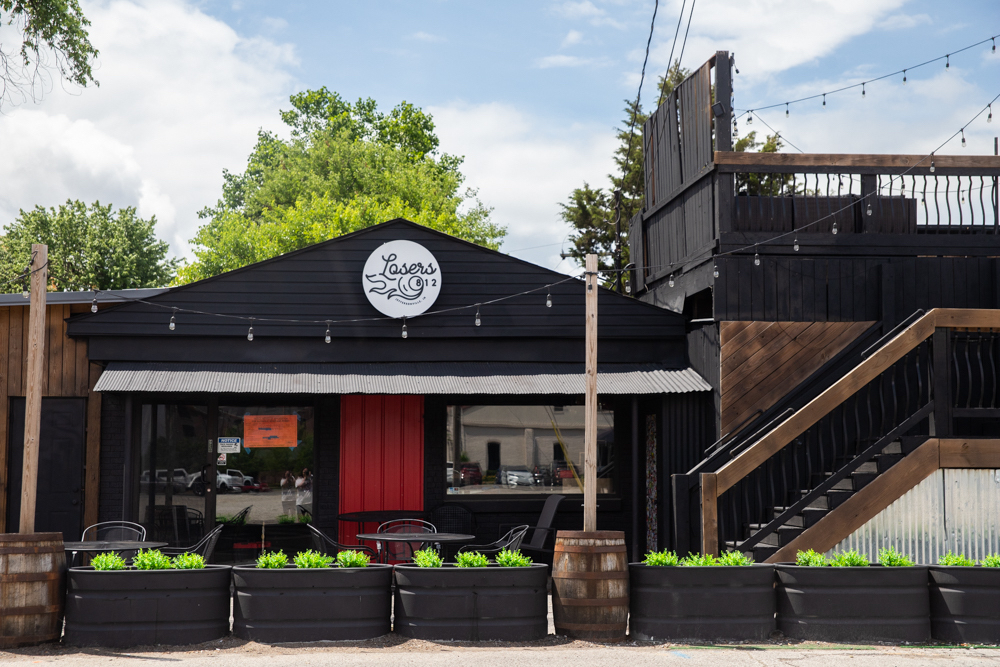 This month, Kentuckiana will get a new rock bar.

The bar, Losers 812, is slated to open on June 23 in the space that once housed The Barrelhouse on Market (1005 West Market St. in Jeffersonville, Indiana.)

Co-owners Kevin Kaine and Trey Landrum told LEO that Losers will be dedicated to rock music in all its forms — country, hardcore, acoustic, dad rock, and everything in-between. Once the bar is fully up and running, it’ll have live music seven days a week.

Losers will also have a full kitchen with late-night hours, arcade games, pool tables, a covered area, a rooftop deck and a back deck.

Kaine and Landrum said that the name comes from a venue in Nashville known as Winners and Losers, which is actually made of two separate bars that operate in neighboring buildings. They want to make their own Losers into a Nashville-style hangout where “you never know who’s gonna stop in, and you never know who might walk on that stage.”

But the name also comes from an experience that they’d had as customers at Barrelhouse: while hanging out on the upstairs deck, they’d used TouchTunes to play rock songs over the bar’s speakers, but a few people downstairs objected. They told the bartender that they wanted to hear more danceable artists instead, so the bartender cut off their TouchTunes service and refused to give them a refund.

Landrum’s frustration made him feel like being a rock fan meant that people saw him as a “loser” or a “scapegoat” since hip-hop is more universally popular. He loves hip-hop, he clarified, but the incident made him realize that other “outcasted” rock fans needed a dedicated space to enjoy their music, where rock wouldn’t be “taboo.”

The owners know a thing or two about what makes a good live music venue — they’re both musicians themselves. Landrum is the vocalist in Devil’s Cut, and Kaine is the drummer in Knocked Loose. (Kaine, incidentally, is currently staying in a lakeside getaway in Michigan to work on new music with his bandmates, though he doesn’t yet have a timeline for when the new music will be out.) The owners hope that Losers will become a hotspot for their musician friends to visit during tour stops in Louisville, and they hope to throw welcome-home parties for local musicians coming back to the city after their tours finish.

By the way: it’s possible, they said, that Devil’s Cut could play a show at Losers, but Knocked Loose won’t be doing so anytime soon — largely “for the sake of the bar and the walls that hold the bar up,” Kaine joked, referring to the notoriously intense mosh pits that Knocked Loose fans are known for. Kaine and his bandmates will be on tour in Europe from June 16 through July 9, meaning that he’ll be gone during the opening weekend, but he plans to use some memorabilia from past Knocked Loose tours as decor for the venue. Beyond that, Kaine and Landrum’s involvement will include working behind the bar.

(Kaine, incidentally, is also a licensed realtor and the owner of a local candle company; Landrum was the GM of the former Trixie’s Entertainment Complex and manages The Fox Den, which replaced Diamond Pub & Billiards St. Matthews.)

They don’t have a capacity estimate for the venue yet — in part because the original Barrelhouse owners never got one — but Landrum and Kaine said that the venue will be comparable to Highlands Taproom, albeit with a larger space for music.

So far, there are seven bands booked to play Losers this summer, including tribute bands for Korn and Limp Bizkit.

Right now, they have a staff of six bar employees, four security guards and four kitchen staff, but they expect to increase the number of staff as the bar gets more traffic. (If you’d like to work there, they’re hiring kitchen staff starting at $15/hour, with a few caveats: besides being at least 21, you must “have experience,” “love rock music,” and “be a LOSER.”)

The bar’s menu options will include Impossible Burgers, chili cheese fries with Impossible Meat, and a peanut butter and banana and honey sandwich named “The Presley,” after Elvis’s favorite snack.

“We’re just trying to have a good time with it,” Landrum said. “It’s a musician-friendly bar.”

Here are the bands scheduled for the opening weekend: