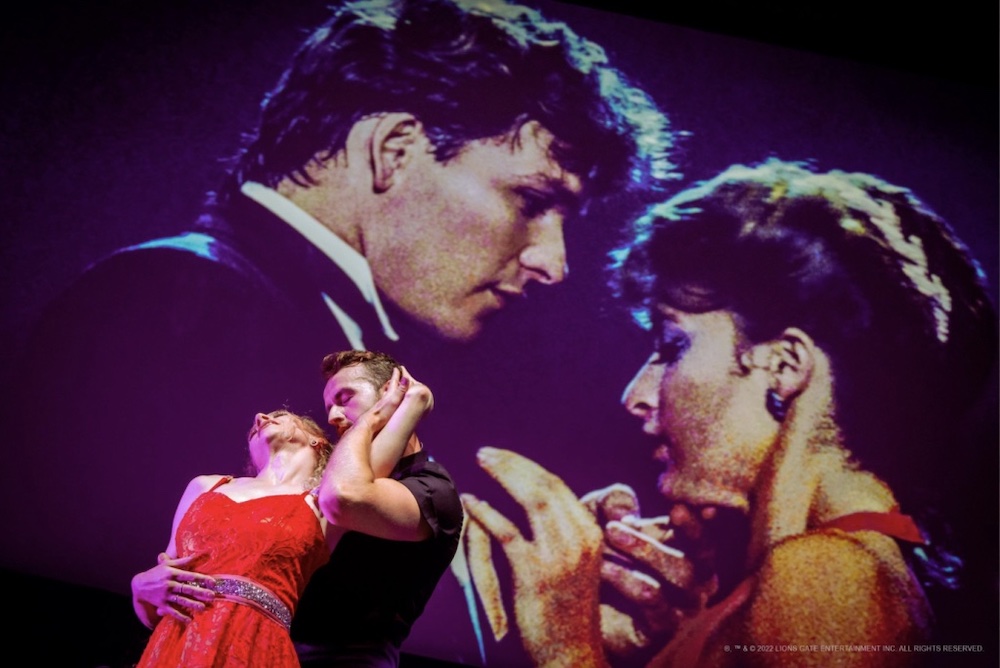 “That was the summer of 1963 — when everybody called me Baby, and it didn’t occur to me to mind. That was before President Kennedy was shot, before the Beatles came, when I couldn’t wait to join the Peace Corps, and I thought I’d never find a guy as great as my dad. That was the summer we went to Kellerman’s.”

Got it? Of course you did because the title of this blog gave it away. Ah, well. Rejoice fans of dancing dirty and putting babies in corners, “Dirty Dancing in Concert” is coming to the Kentucky Center for the Performing Arts at Whitney Hall, Nov. 9. Tickets go on sale this Friday at 10 a.m. Pre-sale access is available here.

“Dirty Dancing in Concert” is a touring experience that puts the film and live music on the same stage. The show takes a digitally remastered version of the classic 1987 film, “Dirty Dancing” and puts a live band in front of the screen performing the hit songs from the movie. Think “Rocky Horror Picture Show” but dirty. I know… I know. Bad pun, but the jokes write themselves. For fans of “Dirty Dancing,” this is sure to be a damned good time.

Right after the film, the band and singers host an encore “party” that “will surely take you back to the time of your life as you sing and dance along to your favorite ‘Dirty Dancing’ songs.”

For those of you who somehow don’t know the story of “Dirty Dancing” here’s my quick synopsis: Two sisters go on vacation with their parents to a resort in the mountains somewhere. At the resort, there are performers who live on site and do shows, teach dance and cavort with guests. The youngest daughter meets a dancer who reluctantly has to teach her a routine after his partner for a show has an unfortunate mishap involving a botched illegal abortion. Needless to say, the decision for the youngest daughter, “Baby,” played by Jennifer Grey, to dance with “Johnny,” played by Patrick Swayze, is complicated as Baby’s father thinks he’s the person responsible for the other dancer’s predicament. Love blooms and Baby comes of age. There are Iconic scenes and songs that everyone sings when they watch the film.

Blah, blah, you get the picture.

It’s certainly more complicated and detailed than that so watch the film if you haven’t and accompany your older siblings, mothers, aunts and whomever else you know that is obsessed with “Dirty Dancing” to this event.