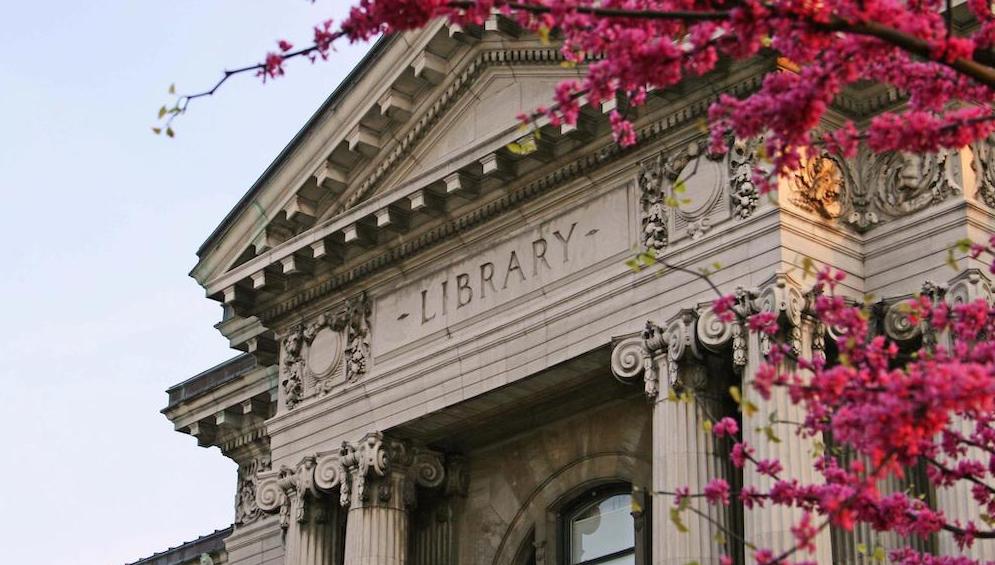 The front of the Main Branch of the Louisville Free Public Library.

Fodor’s, the renowned travel guide company, recently listed the Main Branch of the Louisville Free Public Library to its list “11 Most Beautiful Libraries in the United States.”

In the list, writer Molly O’Brien wrote: “Since its opening in 1908, the Louisville Free Public Library Main Branch has been considered one of Kentucky’s finest examples of Beaux-Arts architecture. Visitors can gaze at the ornate stained glass works, the barrel-vaulted ceiling, the white marble columns, and the two grand staircases affixed with striking bronze and iron railings. Out front, there’s a 13-foot bronze statue of Abraham Lincoln — Kentucky’s only native U.S. President.

“During the great 1937 flood, much of this library was damaged when the Ohio River rose 30 feet above flood stage and enveloped  60% of the city. Today, this library stands stronger and taller than ever. In fact, it became the first U.S. library with its own FM radio station back in 1950 (today, it’s owned by Louisville Public Media, but those interested can still listen to the archived recordings).”

The LFPL recently shared the news on their social media as well.