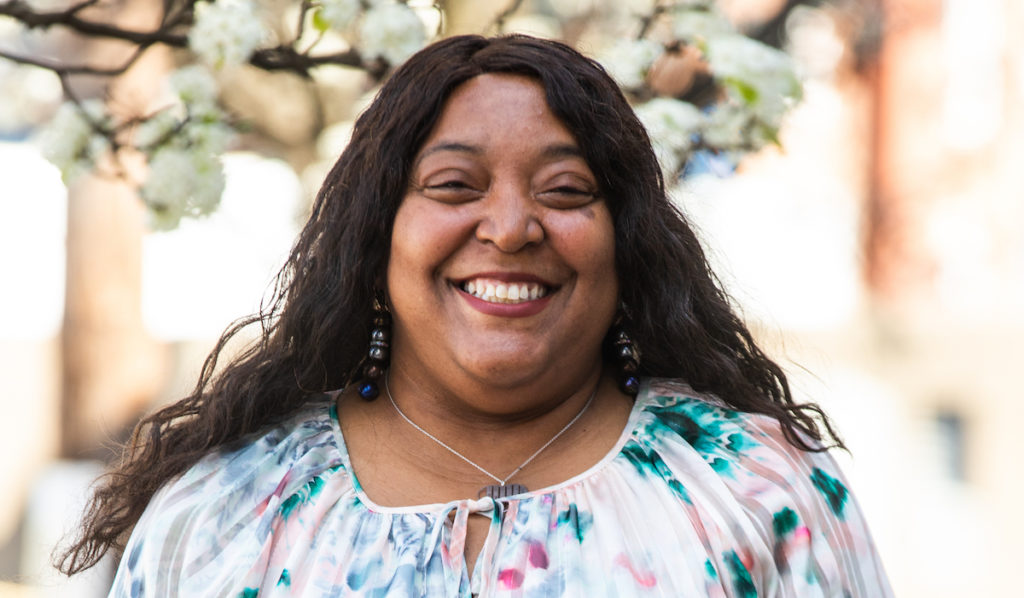 When Shameka Parrish-Wright visited LEO’s office back in March for our mayoral candidate interviews, she told a story of door-knocking and speaking with a man who worked full time and made enough money to pay his mortgage, but couldn’t afford utilities, and, at that time, had them turned off.

She used the story of that interaction to highlight that, across the city, in every neighborhood, there are people on the edge of housing insecurity.

As someone who has experienced homelessness herself, she spoke of how most people are a bad break or two from facing hardship, and how Louisville needs to increase access to affordable housing and public services such as programs for homeownership, house repair and rental assistance throughout the city, because most of us are susceptible to falling on hard times.

“In every end of our city, someone is struggling,” she said.

The more she spoke, the more it was apparent that story was just a microcosm of how she has a unique and direct understanding of the sometimes concealed challenges that people face in our city on a daily basis.

Parrish-Wright is running as “The Candidate For The People,” and she highlights her many years in public service as proof. Parrish-Wright might be most well-known for her work with The Bail Project — a nonprofit that helps people who cannot afford bail — where she was up until recently the operations manager, and currently serves as the partnerships and advocacy manager. She also has been involved in organizations such as the Kentucky Alliance Against Racist & Political Repression, Kentucky Jobs with Justice, La Casita Center Board, Continuum of Care Board of the Homeless Coalition, The Carl Braden Memorial Center, Louisville Books to Prisoners program, Justice Now and Sowers of Justice Network.

Parrish-Wright has been a human relations commissioner for the city. Parrish-Wright is also an activist who has protested against police brutality and racial injustice. As someone who has both worked within the government and stood with the people, she says she also wants to strengthen the connection between the two. During her time at LEO’s office, she spoke about how the position of mayor is primarily a management position, not only responsible for delegating duties, but making sure that the people sitting on boards and in positions of power are a diverse group that are reflective of the city. She spoke of streamlining ways for more people to get involved.

Parrish-Wright’s progressive platform includes empowering residents to be able to create the solutions for their own neighborhoods, police accountability, anti-violence programs, support for unions, funds for environmental projects and other forward-thinking proposals.

For these reasons, LEO has decided to endorse Shameka Parrish-Wright for mayor.

For far too long, Louisville leadership has more focused on “becoming the next Nashville” and aggressive development than on its people and problems. Our city has deep scars that come from decades of injustice, while politicians have maintained the status quo. It’s time to elect someone who falls outside of the general archetype of wealthy business person turned politician, someone who aligns more with the working class.

And that person is Shameka Parrish-Wright, someone who can build with the people and manage the city’s fiscal needs.

“I’m inclusive, I build bridges,” Parrish-Wright told LEO. “I also live all of the issues. There is no issue, that any mayoral candidate is running on that I haven’t been impacted by, that I haven’t lived and I haven’t fought for on a social justice level. So, I feel like we need a new direction.”