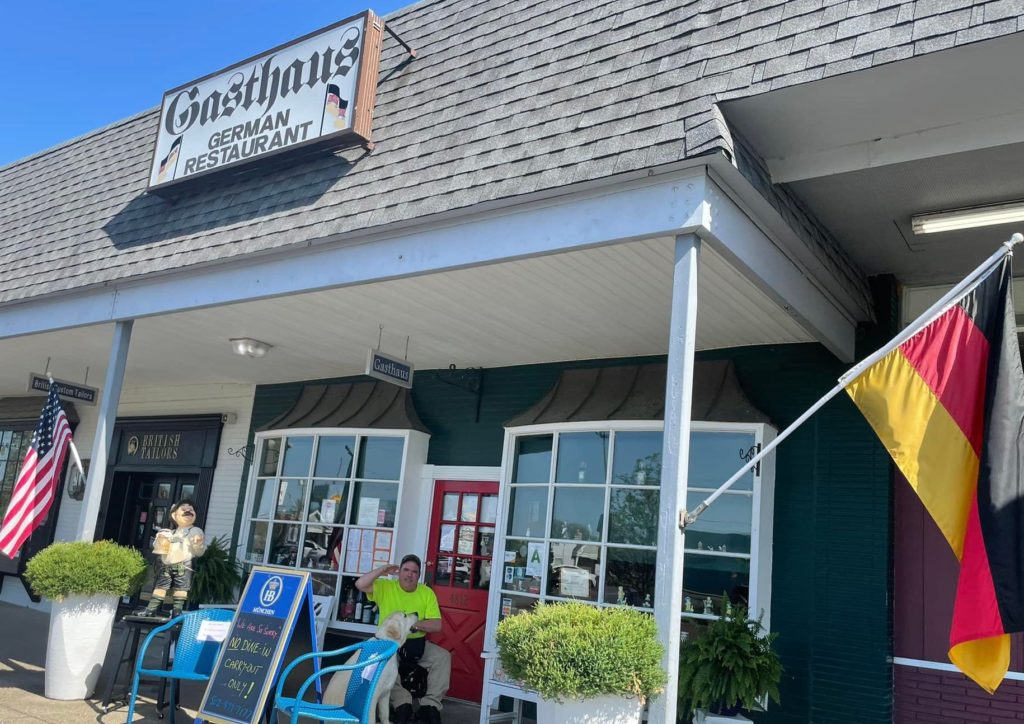 Gasthaus was known for its authenticity, which was evident in its decor.Photo courtesy of Gasthaus

When Gasthaus German Restaurant opened in 1993, it was one of a few traditional German restaurants in Louisville.

But when it closed on Saturday, April 30, after 29 years in business, it was the only one.

With the closure of Gasthaus comes a sizable gap in Louisville’s authentic German restaurant scene. Erika’s, Kienle’s, and the Monarch Club are no longer around; the few German restaurants remaining in the area, like Common Haus Hall in Jeffersonville, are German-inspired, not traditional. There is the German-American Club, where Louisvillians can grab a meal during its regular bierhalles and biergartens, but it is not a restaurant.

This gap is especially notable in a town that drew floods of German immigrants to neighborhoods like Germantown and Schnitzelburg and that used to have its own German-language newspaper, the Louisville Anzeiger, which ran from 1848-1938.

Last Friday, Annemarie Greipel, who co-owned the restaurant with her husband Michael, spoke to LEO inside the restaurant alongside her daughter Nina Greipel.

Annemarie Greipel, who is 80 years old, explained that the decision to close the restaurant came because “it was just time.” Her five adult children had all encouraged her to retire, and she felt ready for it.

But the Greipels departure from Gasthaus doesn’t mean that the restaurant itself can’t continue. The Greipels are looking for a new owner: someone who will, in Annemarie’s words, “keep it as close to what it was or what it is now.” She’s already gotten several messages of interest from potential buyers, but her main concern is that Gasthaus stays authentic, no matter who takes it over. (The Greipels said that the new owner would have to replenish the food supplies, but all of the equipment is ready to go.)

The Greipels moved to Louisville from Germany in 1993. They’d also moved here for a year in 1986, but “whatever we came for didn’t work out,” Annemarie said. They went back to Germany in the meantime, remembering that Louisville did not have a German restaurant when they first visited, and came back in 1993 to start Gasthaus.

Annemarie said she doesn’t know why there haven’t been more German restaurants in Louisville, but she speculates that it’s probably because most of the German community in Louisville is older third- and fourth-generation immigrants who don’t want to go into the restaurant business. That, though, left a niche for her family to fill: “Maybe because we were here, everybody was just happy with us. We served our community and nobody [else] wanted to do it.”

Annemarie and Nina told LEO that one of the secrets to their decades of success was authenticity. Rather than Americanizing their menu, they kept their food as German as possible — and always fresh. Their menu offerings included German classics like wiener schnitzel, spätzle, and bratwurst.

The restaurant opened on Dec. 18, 1993, at 4812 Brownsboro Center. It took over a space that had been a children’s clothing store, which came with a particular advantage: there were already two small “house” structures inside, which the Greipels modified to look like German chalets.

In fact, the entire restaurant is decorated with knickknacks and items from Germany — for example, a sewing machine from Annemarie’s aunt and a cabinet from her grandmother — and a few from London, where Annemarie used to live. The walls are adorned with photos of the Greipel family. Some of the decor comes from guests who gifted the Greipels items like artwork and photo displays.

The restaurant received countless accolades from customers and media over the years; in a 2014 LEO review, Robin Garr commended Gasthaus for its potato pancakes, sauerkraut and jäger schnitzel, among other items.

Over the years, the restaurant also became known for its desserts; in fact, takeout desserts — especially strawberry Napoleons — helped keep them afloat during the early peak of the pandemic. (There was one day in April 2020, in fact, in which Annemarie made and served 60 Napoleons in one afternoon.)

Beyond that, the Greipels said, building relationships with their guests kept those guests (and their children) coming back — in some cases, as employees. Over the years, the restaurant played host to anniversaries, birthdays and graduations. Some customers would come in for comfort food after funerals. One couple even held a wedding inside the restaurant — the “chalet” near the door served as the chapel; the celebrants “walked down the aisle” from the kitchen.

Annemarie and Nina plan to work on a cookbook about Gasthaus, which will have recipes, stories, and plenty of photos from Nina.

In the meantime, the Greipels are thankful for the thousands of guests who made Gasthaus so successful.

“At the beginning, when we opened, we had no clue. I knew what I didn’t want to do, what I’d seen in other places, but basically, we didn’t have any clue. Over the years, we have met so many guests who have also given us advice, and who’ve been with us and who have supported us all these years,” she continued. “For those guests, we are very thankful, and we’re going to miss them.”