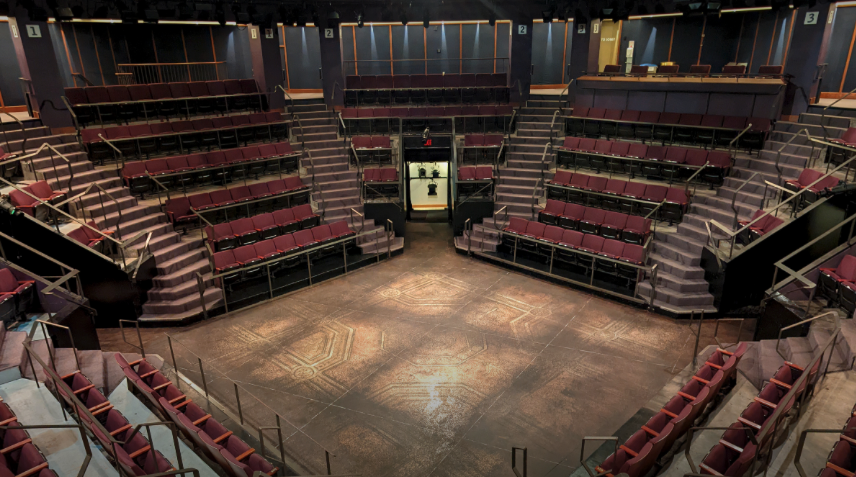 "Dracula" returns to Actors Theatre's physical stage with a retelling of the tale as a feminist revenge story.Photo via actorstheatre.org

Actors Theatre of Louisville’s fall lineup is here, and we’ve got some old favorites being freshened up and an exciting musical event. This year both “Dracula” and “A Christmas Carol” will return to the in-person stage, but don’t expect the same old events. “Dracula” as a feminist revenge fantasy will be loosely based on the Bram Stoker novel and run Sept. 7-18. “Fannie: The Music and Life of Fannie Lou Hamer” will run from Oct. 12-23 and finally “A Christmas Carol” will finish the fall season from Dec. 14-23 with a mixed reality production and reimagining of the classic ghost story.

More info about each production:

Dracula by Kate Hamill, a feminist revenge fantasy based loosely on the novel by Bram Stoker, will run in the Bingham Theater September 7-18, 2022. Louisville’s Jennifer Pennington will direct this thrilling new adaptation, which bounces between humor and horror to reimagine the vampire classic. The cast will feature top-tier Kentucky talent including LaShondra Hood as Doctor Van Helsing, Justin Jackson as Jonathan Harker, Abigail Maupin as Renfield, Mark Mozingo as Doctor George Seward, Brittany “Beebee” Patillo as Lucy Westenra, and Dara Jade Tiller as Marilla/Maid. They are joined by Alanna Darby as Drusilla/Merchant/Miller, Nick Jordan as Dracula, and Lipica Shah as Mina Harker. The creative team includes Fight Choreography by David Anzuelo, Voice & Dialect Coaching by Joy Lanceta Coronel, and Dramaturgy by Miss Hazel Jade. Tickets go on sale to members July 12 and to the public on August 2, 2022.

FANNIE: The Music and Life of Fannie Lou Hamer

FANNIE: The Music and Life of Fannie Lou Hamer by Cheryl L. West, co-produced with Kenny Leon’s True Colors Theatre Company (Atlanta, GA) and with the August Wilson African American Cultural Center, City Theatre Company, and DEMASKUS Theater Collective (Pittsburgh, PA) will run in the Pamela Brown Auditorium October 12-23, 2022. In this story filled with music inspired by the legacy of voting rights activist Fannie Lou Hamer, “the songs take us beyond the facts of Hamer’s life into something deeper about what steeled her,” noted the Chicago Sun-Times. Hamer, who was born into a family of Mississippi sharecroppers, went on to serve as a leader in the Civil Rights Movement and to co-found the Freedom Democratic Party, fighting for justice with the conviction that “Until I am free, you are not free either.” Atlanta-based artist Joy Vandervort-Cobb directs this acclaimed celebration of Hamer’s life and leadership, which interweaves her story with spirituals and protest songs, inviting the audience to raise their voices for justice! Tickets go on sale to members July 12 and to the public on September 6, 2022.

A Christmas Carol: Ghost Story by Charles Dickens, adapted and directed by Robert Barry Fleming, in collaboration with Agile Lens and Heavenue, will run in the Bingham Theater December 14-23, 2022. This innovative mixed reality production combines Louisville performer Gregory Maupin’s dynamic live performance as Ebenezer Scrooge with a spirit world realized through motion-capture technology, bringing a contemporary consciousness to the classic tale of greedy indifference transformed into grace. Tickets go on sale to members July 12 and to the public on November 1, 2022.

“I’m elated to share these three in-person productions with our audiences this Fall,” said Executive Artistic Director Robert Barry Fleming in the release. “Kate Hamill’s funny, dark and insightful adaptation of Dracula will subvert expectations of this long-standing annual tradition. Next, Fannie Lou Hamer’s story will take center stage in Cheryl L. West’s galvanizing play with music, FANNIE, shining a spotlight on voting rights issues that continue to affect many Kentuckians to this day. And, closing out the calendar year, A Christmas Carol: Ghost Story, previously shared as a research and development lab production, will continue to experiment with mixed reality technology to explore new meaning in Dickens’ classic text of redemption and renewed hope in our potential for empathy and human connection.”

Memberships get first access to tickets and access to a free digital library of audio and video content. Memberships start at zero cost to join. For members the fall production tickets go on sale July 12. See more details about membership and benefits here.