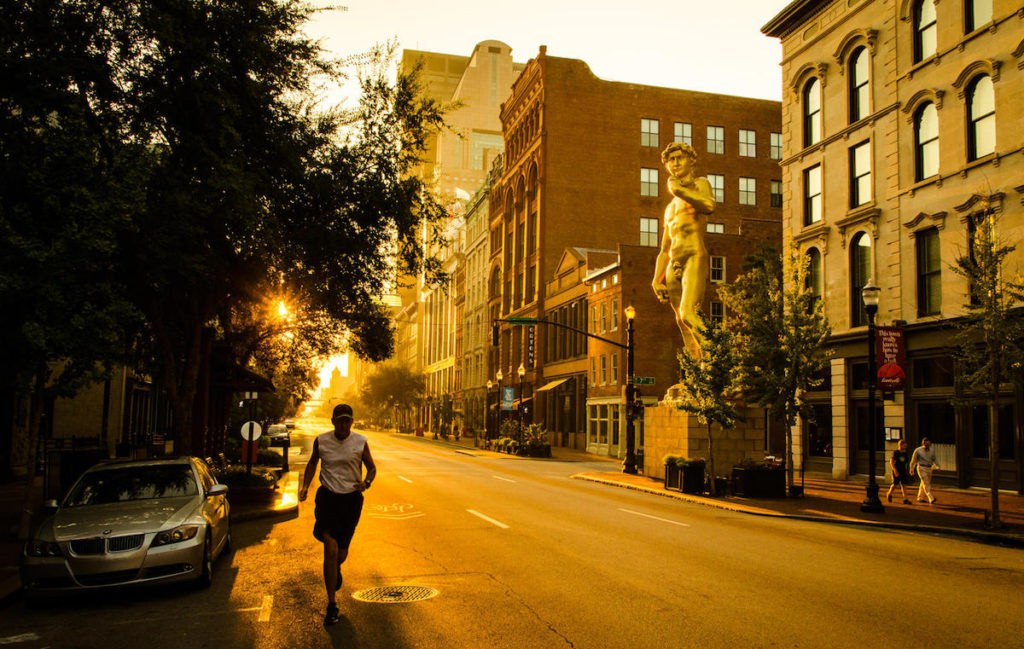 Main Street will be opened up to pedestrians, cyclists and skaters this summer as part of CycLOUvia.Photo courtesy of Louisville Tourism

The city is bringing CycLOUvia — an event that blocks off motorized traffic to promote cycling and other forms of alternative transportation — to downtown this summer.

It will take place from 2-6 p.m. on Sunday, June 5 on Main Street, which will be shut down to cars from Wenzel to 10th streets, allowing people to use the entire road to walk, bike and skate.

CycLOUvia started on Bardstown Road in 2012 and has been held in several neighborhoods since. Mayor Greg Fischer said that downtown was chosen this year to help support that district’s businesses, which were hit hard by the pandemic.

The city also plans to turn the former Repurposed space near Sixth Street into a family-focused activity center.

“We are excited to expand this popular event with a summer CycLOUvia and bring it downtown where people can experience the many great businesses and arts and cultural attractions that our city has to offer,” the mayor said in a statement.