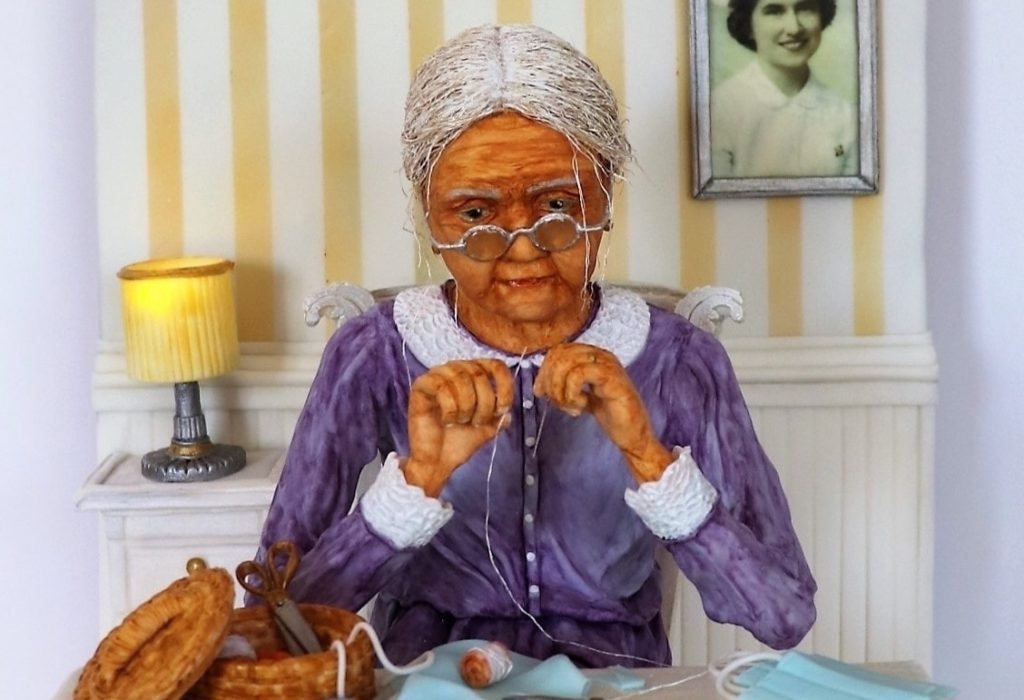 Yep, this is cake. Created by Deepa Karande.Photo courtesy of D's Sweet Creations

If you’re a fan of “Is It Cake?” or “Nailed It!” then you’re well aware of the popularity of creating realistic and one of a kind cakes and confectionery desserts. Even on social media, there are scores of videos that show something as innocuous as a clothing iron transform when someone cuts into it, revealing a layered cake. Some of these go from the mundane to the morose, but the one thread in common is that the artists who create them are working hard to meet the demand for realistic cake, even though one of the main ingredients, fondant, isn’t necessarily a favorite of those eating the cake. Despite that, these cakes and other desserts are mesmerizing and it’s exciting to see the skill that creates them.

With that said, May’s COLLIDER artist-in-residence at Louisville’s South Central Regional Library is Deepa Karande, a hyper talented, hyper-realistic baker. Karande is an award-winning cake designer and is the founder of her own business, D’s Sweet Creations. She earned her BFA in commercial art but didn’t make her first cake creation until five years ago. Since then she has created amazing cakes and confections from Koi fish made of sugar to a cake representation of Shiva, one of the higher deities of the Hindu religion. Bottom line, you have to see her work.

Karande is the winner of multiple national and international cake awards and is featured in several cake art magazines. According to the library’s Instagram announcement, she’s recently been nominated for a “Rising Star Award USA” at the American Cake Awards.

For her residency, Karande will host a couple of classes to teach folks how to create a cake topper, a great alternative to a full cake of fondant. The first class will be happening on May 5 at 6 p.m. and the second on May 10 at the same time. Karande will also make an appearance at the Library’s “How to” Festival happening May 14.

CORRECTION: A previous version of this story incorrectly stated when Karande started making her cake creations. She began five years ago.